Record for the American Claire Falkenstein: A Woman of Her Century

This work by American artist Claire Falkenstein (1908-1997), closely linked with the Expressionists, wafted in with a world record. 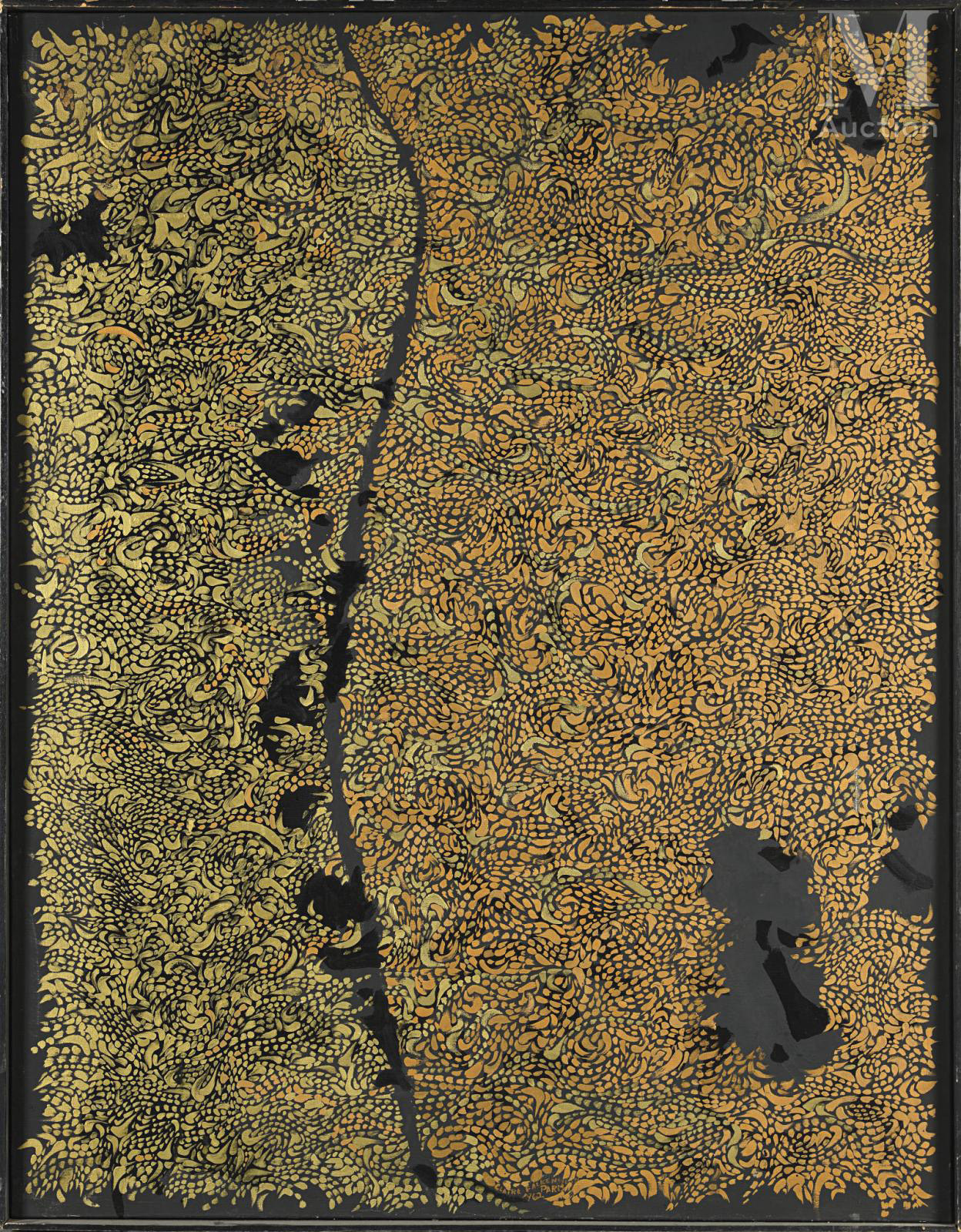 Victor Vasarely's (1908-1997) "visual alphabet" Jatek (156 x 147.5 cm/61.4 x 58 in), painted in 1984, wrote a chapter in kinetic art at €139,100. Things being what they are, the work received the highest bid of this afternoon sale dedicated to post-war abstract artists. However, the American Claire Falkenstein, an artist present throughout the 20th century, also posted a triumph with a world record at €49,400. Although best known as a sculptor whose works play with transparency, which she described as "an expanding universe"—one appeared last summer at the Centre Pompidou in the exhibition "Women in Abstraction"—the record was set with this picture in oil and gold paint from 1962, entitled As If. The 1950s were a turning point for this native of Oregon, who graduated from the University of California at age 22, at which point she left America and moved to Paris. In Paris, she adopted unconventional materials like lead bars, stovepipes and metal wires, which she endlessly soldered, twisted and assembled. When she finally returned to the West Coast in the early 1960s, she went back to the painting of her early career.

Art Market Overview: Artists Under 40 to Watch
Newsfeed
See all news
Large Contingent of Exhibitors for Frieze Seoul
Henri Loyrette to Head the Board of Directors of the Giacometti Foundation
Saint-Brieuc: Georges Moreau de Tours Painting Soars at Auction
The Frick Collection to Publish “Cocktails with a Curator” Book
Not to be missed
Lots sold