A box inlaid with hard stones, a Buddhist figurine and a jade plaque formed a winning trio. 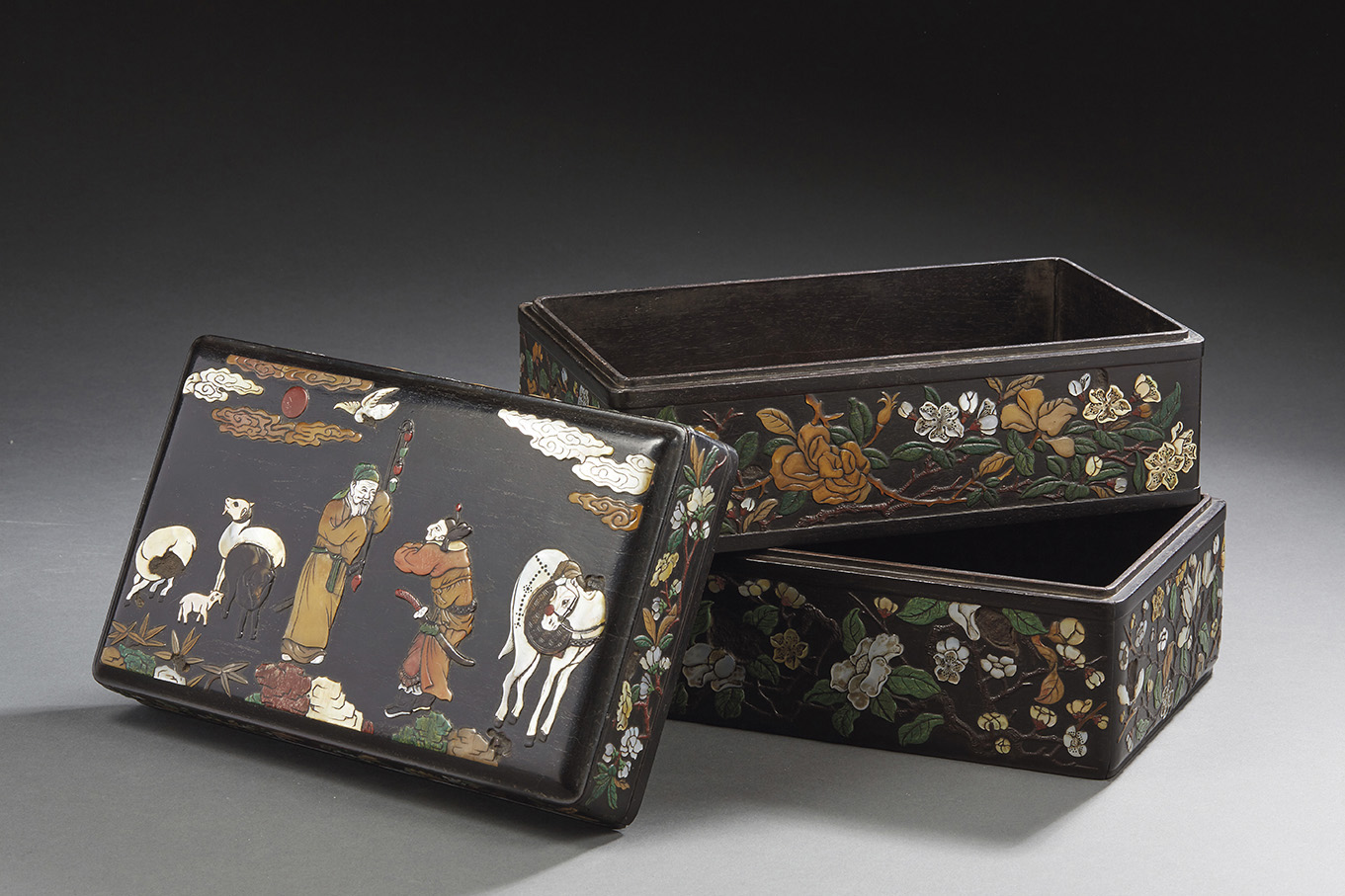 They say good things come in threes. At this Asian art auction, three Chinese pieces—considered a lucky number in that vast empire—drew the most attention.

Each side of this dark wood (zitan?) double-compartment box is inlaid with hard-stone naturalist motifs: camellias, peonies, prunus, chrysanthemums and, on the lid, clouds, the moon and a crowned crane: symbols of longevity, prosperity and happiness. They must have worked for the former owner of this objet d'art made between the 18th and 19th century—it fetched €116,480.

A bit earlier in the afternoon, a large gilded bronze figurine (h. 39 cm, 15.36 in) made in the 19th-20th century sold for €87,100. It depicts a god wearing a tiara and a bejeweled breastplate formed of human heads and skulls menacing the Buddhist pantheon. A small light-green jade plaque (l. 7.5 cm, 2.96 in) from the first half of the 20th century featuring a stylized phoenix being reborn in the middle of water lilies fetched €42,900.

Fired Up for Sancai Porcelain
Not to be missed
Lots sold