Nicolas de Staël is one of the founding French artists of abstraction, so the sale of one of his Compositions is bound to attract attention. 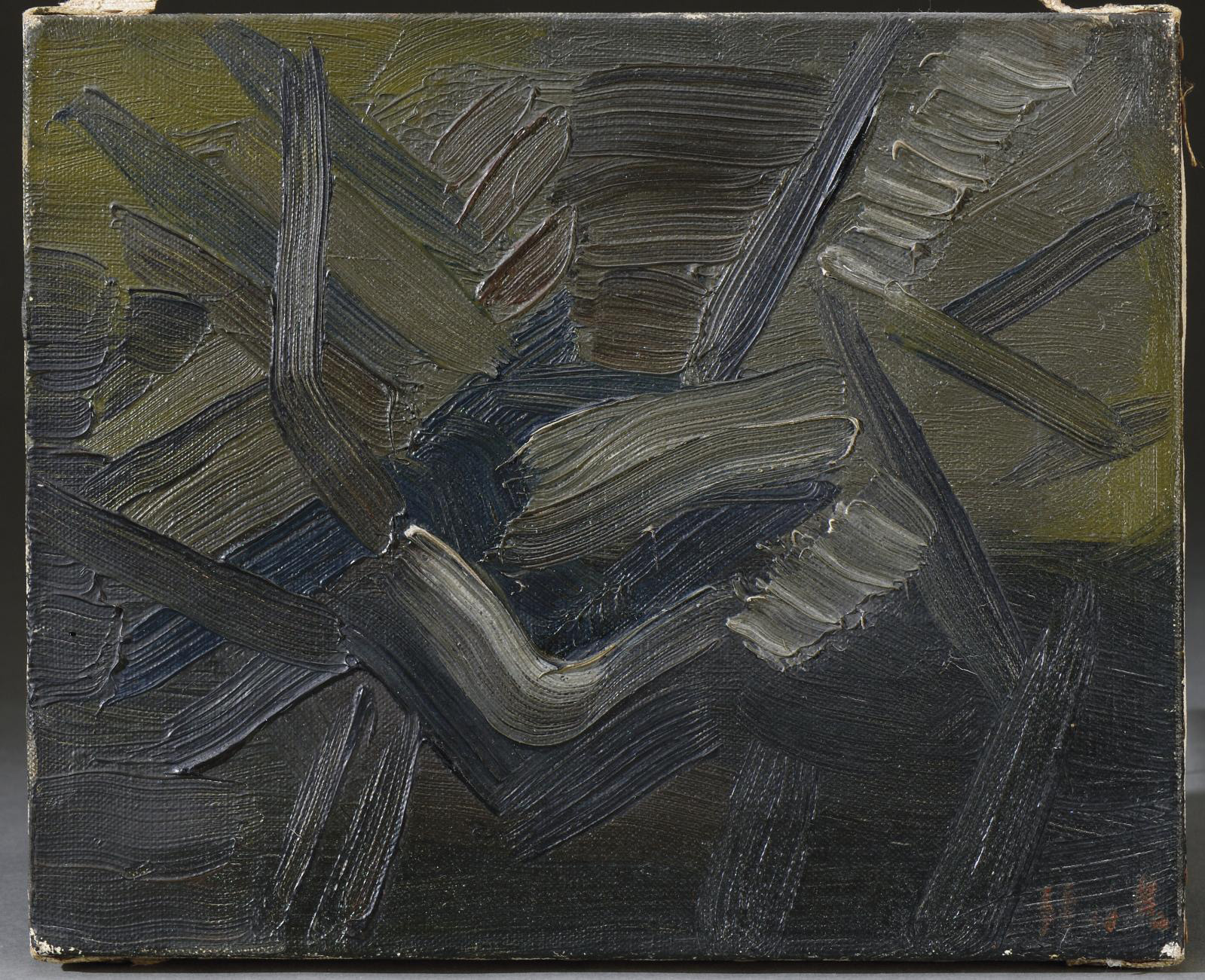 The year 1946 marked a major step in the life and career of Nicolas de Staël. Having struggled financially up till then, the Russian-born artist finally found a dealer, Louis Carré, and signed a contract with him on October 9. This painting passed through the Paris collection of Humbert Stragiotti and was bought in 1975, and then remained with its owner’s descendants. It appears in the catalogue raisonné of the artist by François de Staël published in 2021 (Ides et Calendes, p. 155). While the painter began to move towards abstraction during the years he spent in Nice from 1940 to 1943, already titling his canvases. In his "Compositions," his style truly took shape in Paris during the following years. "Little by little, I felt uneasy to paint lifelike objects" was how he expressed the crucial moment of his career when he abandoned figuration. Set up in his studio in Montparnasse, he painted his "Composition" series in tones that were still very dark, and focused on working the material in the line of other leading artists of the time, like Dubuffet, Poliakoff and Soulages. We can thus see the texture of the paint in this painting, applied in superimposed layers, where the colored material seems to be sculpted with a brush or a knife. The paint has become the very subject of the work. Reduced to a minimalist form, the vertical and diagonal black lines—called "sticks" by André Chastel—structure this composition completed by green and gray tones that seem to emerge from the substance like colorful palpitations. Nicolas de Staël, who died at age 41, had a dazzling career lasting fifteen years, between 1940 and 1955, almost entirely devoted to "the line".