As the Chicago Museum of Contemporary Art celebrates its 50th anniversary, its young curator, Naomi Beckwith, talks about the museum's collections and her vision on current art. 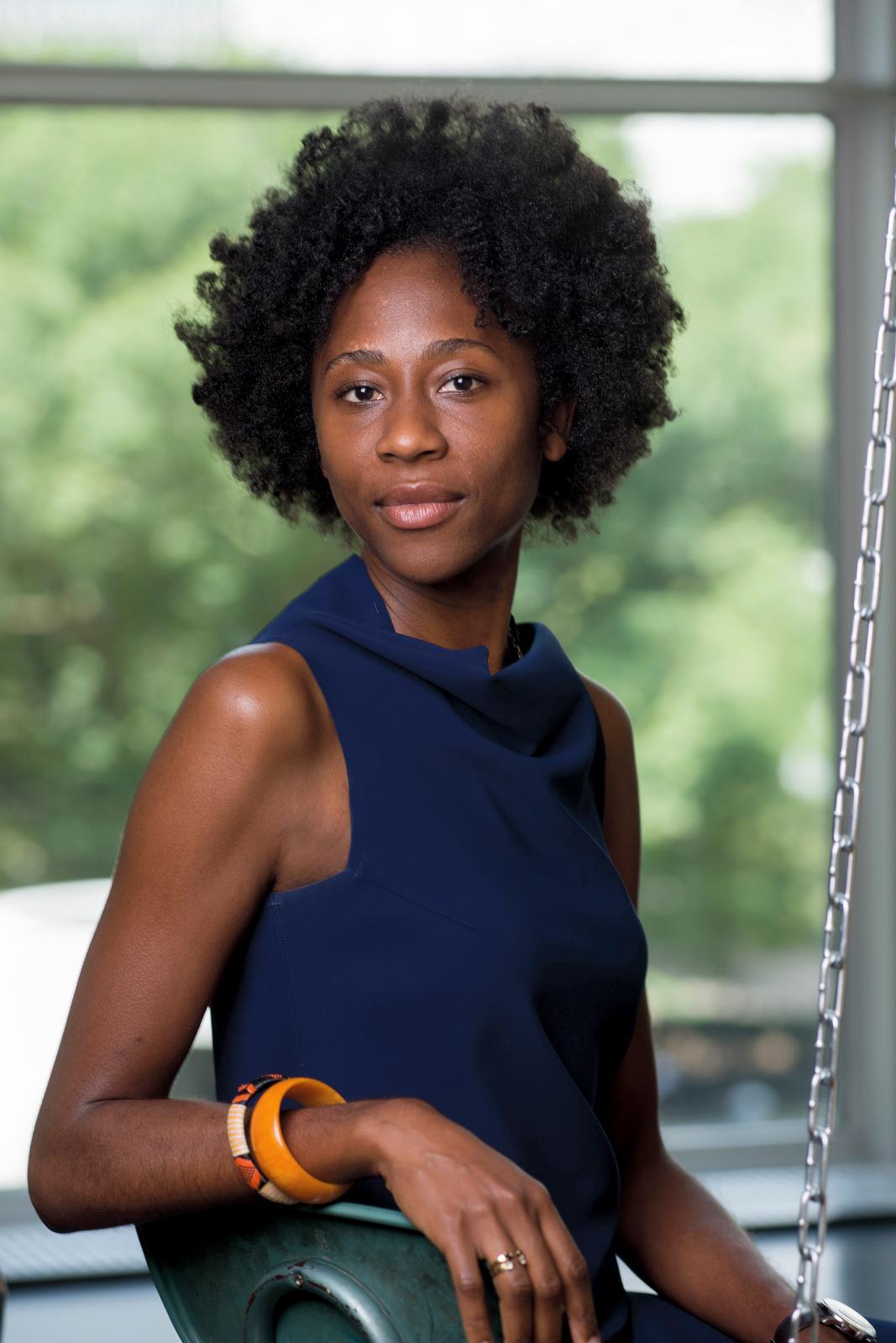 In the US, she is the curator of the moment. A member of the Venice Biennial jury in 2015, last April Naomi Beckwith became the first winner of the curatorial research grant provided by the VIA Art Fund, which supports specialised art projects. This coming March sees her directing the first curatorial summit at the New York Armory Show. In short, this woman, barely 41, is a visionary in her field: a fact the Chicago Museum of Contemporary Art (MCA) fully appreciated when it called on her expertise in May 2011. Forward-looking, but possessing a collection of considerable scope since 1967, this museum is well-known as one of America's most on-the-ball in terms of contemporary creation, and is celebrating its 50th anniversary with the exhibition "We Are Here", aided by Beckwith. We talk to her about her all-embracing vision of art, her love of black culture and her ambitions.

When you arrived at the MCA Chicago six years ago, what were your immediate goals?
As I was born and grew up in Chicago, this museum has always been part of my education. I wanted to introduce the public to visual artists who had never been exhibited, like Jimmy Robert, in 2012, and others who are better-known in a first major solo museum show. My next exhibition will focus on the work of Howardena Pindell, the first Afro-American artist to become a curator at the MoMA. She was a militant artist and teacher, who created magical experimental works during a career lasting over 50 years.

The museum has recently celebrated its 50th anniversary. What has changed since it was founded in 1967?
Its development reflects the globalisation of art and its market. During our last exhibition, "Takashi Murakami: The Octopus Eats Its Own Leg", this phenomenon took the form of record attendance, with 205,000 visitors. The task of the MCA's curators is to present the best of contemporary art, with a global approach. Outside the permanent collection, the museum has become a real social centre, with its unpretentious architecture and its restaurant, the Marisol: a space for living where you can experience the architecture, design, art and good food all at once.

What are some of its most iconic pieces?
Without a doubt, "Six Women", created in 1965-1966 by Marisol: a great sculptor and one of the most influential of her time. There are also works by the Chicago sculptor Richard Hunt, including "Small Hybrid" of 1964. Of course, Jeff Koons' "Rabbit" is one of the MCA's icons, but our series of photographs by Cindy Sherman is also highly important. Lastly, I would mention "May the Arrogant Not Prevail" by Michael Rakowitz, a Chicago-based Iraqi-American artist, who recently had his first exhibition with us. Its social and political scope really reflected the spirit of the institution.

What is the anniversary exhibition "We Are  Here" about?
This is an event in three separate but connected sections, which explore the relationship between artist, their works and the viewers, and touch on the history of the museum at the same time. With "I Am You", José Esparza questions the place of people in their environment through pieces by Francis Bacon, Marisol, René Magritte and many others. "We Are Everywhere", devised by Omar Kholeif, presents artists who use the tools of pop culture to criticise their workings. Lastly, with "You Are Here", I wanted to study the relationship of the viewer's body with the objet d’art and the environment. To do this, I included the Minimalists Donald Judd and Carl Andre, as well as the Chinese artist Huang Yong Ping. His installation "Pentagon" is associated with a Pierre Huyghe's performance. I have always wanted the public to have a multi-sensorial experience of art. In my view, one of the most wonderful things a museum can achieve is when visitors take away this experiential relationship with objects and re-live it in the outside world.

You are sensitive to the politically-committed movement Black Lives Matters, and promote various African artists or ones from the African diaspora, like Lynette Yiadom-Boakye.
Yes, as a curator and a coloured woman, I am very interested in black culture. Through my exhibitions, I try to make people reflect on what the concept of "negritude" involves from many different points of view. As far as possible, my work is also a plea for coloured women artists. There is still a long way to go in this respect. For example, Lynette Yiadom-Boakye was born in the UK, but her Ghanaian origins are always brought up. Why isn't she considered a British artist?

Do you think Europe evinces a certain ethnocentrism in artistic terms?
Totally! However, the US also has a highly ethnocentric vision of creation. These two continents have created powerful narratives about art and its history. These are neither good nor bad – and besides, are part of my education – but they are running out of steam. In my projects, I try firstly to question the dominant attitudes towards contemporary art, and secondly to build consistent, relevant and all-embracing narratives, without necessarily involving works from these two parts of the world.

What will you do with the VIA Art Fund research grant?
I'm going to go into the field, to Dakar, during the biennial in June 2018; I also want to go to Lagos, among other places. Every region of the globe has an extraordinary story to tell about its culture and contemporary creation.

In March, you are also going to chair the first curators' summit at the New York Armory Show. Can you tell us about that?
I will be hosting round tables with leading artists, curators and museum directors. In this era of globalisation, exhibition curators are working more and more with visual artists from varied cultures. We need to be open to these different ideas and stay alert!

Your establishment has received the first prize created by Sotheby’s, acclaiming its curatorial ambition. What does that involve?
Together with the Nasher Museum in Durham, North Carolina, the MCA has received $125,000 for Omar Kholeif's exhibition "Many Tongues", planned for 2019. In the current political and social context, Sotheby's thought it was a good idea to support an exhibition that would be unthinkable anywhere else, highlighting little-known artists from Asia and the Middle East.

To see
"We Are Here", until 1 April 2018,
"Michael Rakowitz, Backstroke of the West", until 4 March 2018.
Museum of Contemporary Art/MCA, Chicago.
www.mcachicago.org

Philip Tinari: "We're in a Golden Age for Museums in China."

Dimitris Daskalopoulos: Contemporary Art Open to the World
Not to be missed
Interviews