Montmartre in 1890: Louis Anquetin and His Model

Louis Anquetin painted this portrait during his most inventive and desirable period, “Cloisonnism”. It breathes new life into Juliette Vary, one of the most popular models in fin-de-siècle Paris. 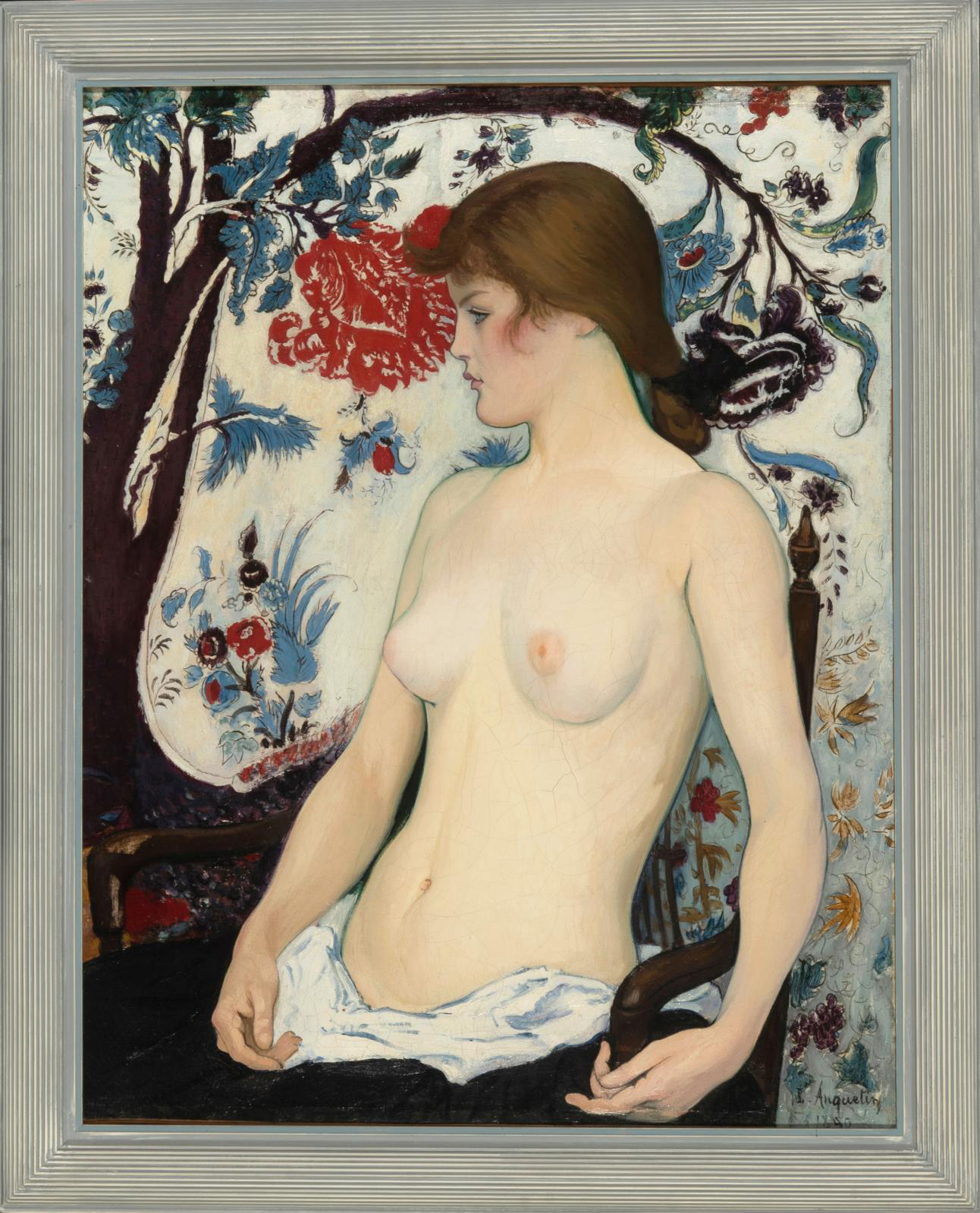 Like many young painters of his generation, in the late 1880s Louis Anquetin went to Montmartre for inspiration, an everything-goes place where bourgeois conventions were snubbed. Apprentice painters, dancers and well-heeled people in search of excitement mingled at the Moulin-Rouge and the cabarets that flourished at the foot of the Butte between boulevard de Rochechouart and place de Clichy. These colorful characters populate Anquetin’s 1886 painting L’Élysée Montmartre, which Carrère et Laborie OVV will offer for auction in Pau on November 19.

Among the night owls, models were the most sought after by artists. Some became famous, if only fleetingly. Juliette Vary was one of them. In 1890, she posed for Anquetin’s admirable oil-on-canvas Torse de jeune fille (Torso of a Young Woman). Looking closely, her face, small, turned-up nose and mouth have something familiar about them. There is a good reason for this. On several occasions, Henri de Toulouse-Lautrec, who became a close friend of Anquetin’s after the two met at Fernand Cormon’s studio, painted Juliette (after changing her name to Hélène) in a staid black dress, notably in two remarkable portraits from 1888. One is at the musée Toulouse-Lautrec in Albi, the other at the Kunsthalle in Bremen. Juliette later posed for others, including American artist John White Alexander, who depicted the fin-de-siècle woman and painted Portrait of Madame Juliette Vary (private collection).

However, no one captured Juliette’s sculptural beauty better than Anquetin, whose portrait of her will soon be presented in Clermont-Ferrand. Delicate “cloisonnisme” (the term critic Édouard Dujardin invented for the artist) structures the painting. Juliette’s nude body with iridescent flesh tones stands out against a background of large flowery patterns. Exhibited at the 1891 Salon des Indépendants, Torso of a Young Woman was acquired by the aesthete and great modern art lover Dr. Bourges, whose descendants have owned it to this day. He was one of the picturesque figures in the Montmartre microcosm. He supported both Anquetin and Toulouse-Lautrec, who even lived in his house on rue Fontaine in Paris for several years. The painter immortalized that memory in an 1891 portrait of Bourges wearing a riding coat and top hat, now one of the masterpieces in Pittsburgh’s Carnegie Museum of Art.