Louis-Philippe Returns to his Châteaux

With numerous preemptions of objets d'art connected with his family, a new chapter of history is being written for "Le Roi des Français." Welcome to the gallery of the Orléans. 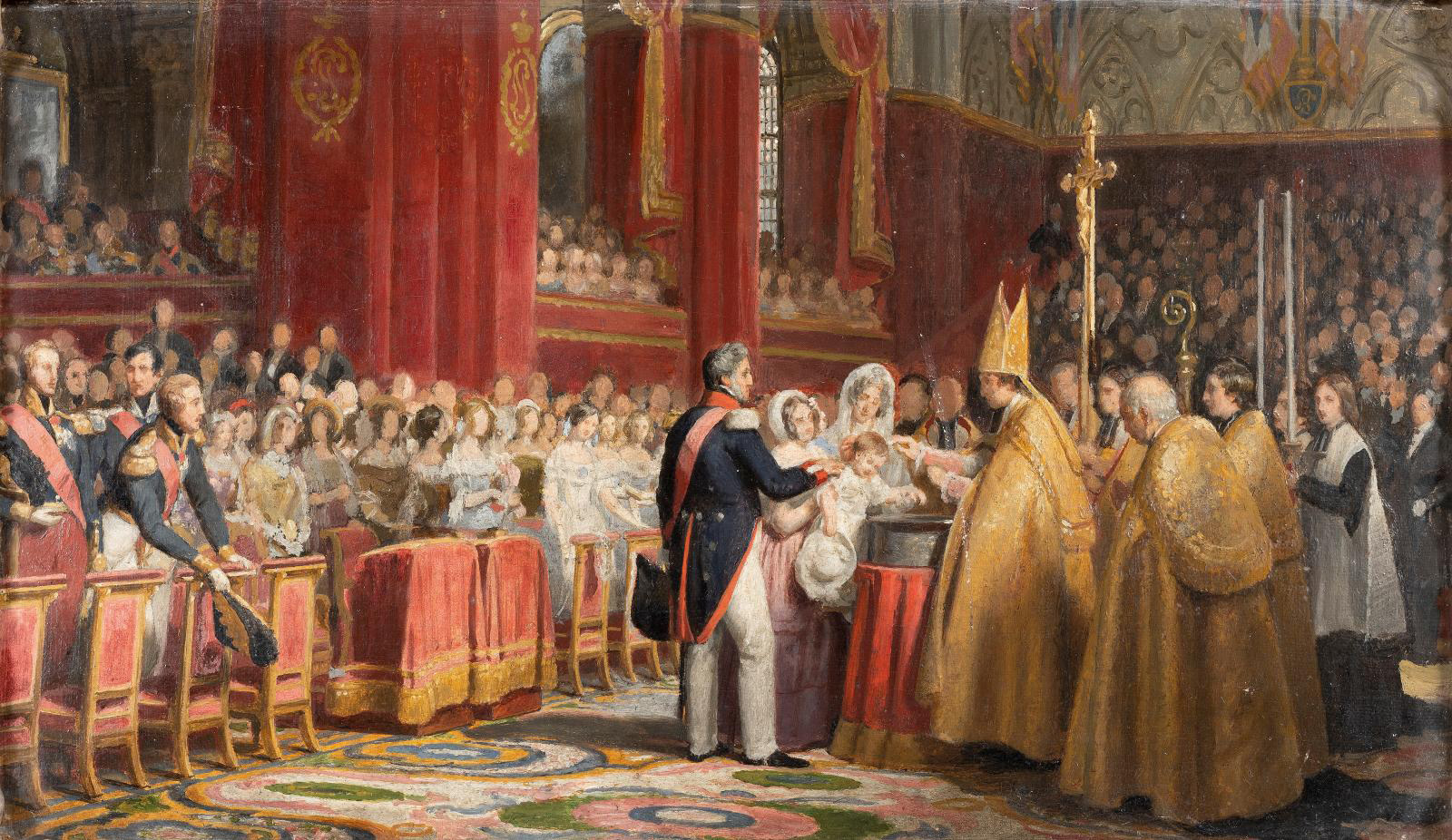 Scorned by all his political opponents during his reign, a favorite target for the press and long neglected by history, Louis-Philippe left a hazy and not very pleasant image in people's minds. The plate by journalist Charles Philipon published in La Caricature in November 1831 imprinted his pear-shaped head on the collective memory. Yet his reign began well: he seemed open to liberal ideas, and sincerely sought to establish a constitutional democracy based on the English model. Although he was not a disastrous king (as many delighted in describing him), his growing authoritarianism finally led to an insurrection in February 1848. Ironically, a rebellion had also taken him to power in 1830. Two exhibitions staged in the fall and winter of 2018-2019, one at Versailles, the other at Fontainebleau, turned the spotlight once more on this little-known sovereign and provided a clearer picture of his commitment to the arts.

Louis-Philippe was keen to reconcile the French with their past, and desperately sought a place in this long history. To this end, he decided to transform the Palace of Versailles—symbol par excellence of the monarchy—into a national monument open to everyone, dedicated to all the glories of France. The History Galleries were duly inaugurated on June 10, 1837. In order to supervise the work himself, the "King of the French" moved to the Grand Trianon, living there on and off from 1835 onwards, and became involved in the redevelopment work. He wanted to transform the palace into a pleasure residence suitable for his large family with every modern comfort: underground kitchens, bathrooms, heating, and so on. One of the many commissions handed out to cabinetmakers and manufacturers included a Sèvres dinner set—which was only delivered in 1845. Two sets of twenty-four plates from it, decorated with a bouquet of flowers in a medallion and on the rim with five flower-filled reserves on a foliated gold background, were pre-empted on September 25, 2020 (Daguerre, Drouot) for €19,500 and €18,200 by the Public Establishment of the Palace, Museum and National Estate of Versailles. They thus returned to their original home. The château had already done some serious buying at the Sotheby's Orléans sale in September 2015. It left with six paintings, including the 1774 Louis-Philippe, Duc de Valois, in his cradle by Nicolas-Bernard Lépicié (1735-1784) at €190,000. It shows the Duc d'Orléans, the future Philippe-Égalité, casting a paternal eye on the sleeping newborn baby. At that point, his fairy godmothers seemed to be smiling at him...

One Château, Many Châteaux…
There were several royal residences, but the Orléans family particularly liked three of them: the Palais-Royal, which had been the family's Paris residence since 1692, and the châteaux of Eu and Neuilly. The latter had the advantage of lying just outside Paris. In November 2018, at €25,200, the Louvre pre-empted a breakfast dish with "Portraits of the Royal Family" delivered to Queen Marie-Amélie on August 22, 1837. Its decoration, created by Robert, an artist at Sèvres, is composed like a real painting and shows the Orléans family leaving the main courtyard of the Château de Neuilly in a carriage. This delicate porcelain is interesting for three reasons: as well as its royal provenance and artistic excellence, it immortalizes a château that was burned down and looted during the 1848 Revolution. Meanwhile, the Château d'Eu, which has housed the Musée Louis-Philippe since 1973, was inherited by the Duc d'Orléans in 1821 at his mother's death. He transformed the park and interior and made it his summer residence.

On February 21, 2019 at Drouot (with Mirabaud-Mercier), the residence acquired for €3,190—again by pre-emption—a herbarium patiently compiled by Madame Louise-Marie-Adélaïde d'Orléans, the King's sister and adviser, between 1845 and 1847. Each plant is affixed to the page and described in terms of characteristics, location, month, season and so on. Some even mention the names of the Orléans family members with whom the plant was found and picked. It is a unique and moving document that closely reflects the private life of a royal family. On October 9, 2020, with Binoche & Giquello the museum carried off a thoroughly monarchical item for €14,168: The Baptism of His Royal Highness the Comte de Paris at Notre-Dame on May 2, 1841, a painting attributed to Auguste-Jean-Baptiste Vinchon. At the previously-mentioned Orléans sale, it had bought a black chalk drawing with white chalk highlights by Nicolas-Bernard Lépicié (1735-1784) of the future king in his cradle, a bronze reduction by Barbedienne of Henri IV by Bosio (a wedding present to Princess Amélie from the estate's employees), various mementos of the House of France, seven watercolors and a painting attributed to Eugène Isabey of The Landing of Queen Victoria at Le Tréport in 1843. This work reminds us that Louis-Philippe managed to establish an initial entente cordiale with "France's hereditary enemy", England.

In the July of 1842, a fateful year for the dynasty, the Duc d'Orléans, the eldest son and heir to the throne, was killed in a carriage accident. The demise of this valiant and much-loved prince sounded the death knell for a monarchy—the July Monarchy—that left somewhat hazy memories, but which we are now gradually getting to know a little better.

Not Just One, but Two Lemoynes!