Karl-Friedrich Scheufele: Time is on His Side

The owner and vice-president of Chopard, the collector welcomed us to an 18th-century patrician house at the heart of his manufacturing fief in Fleurier, Switzerland. 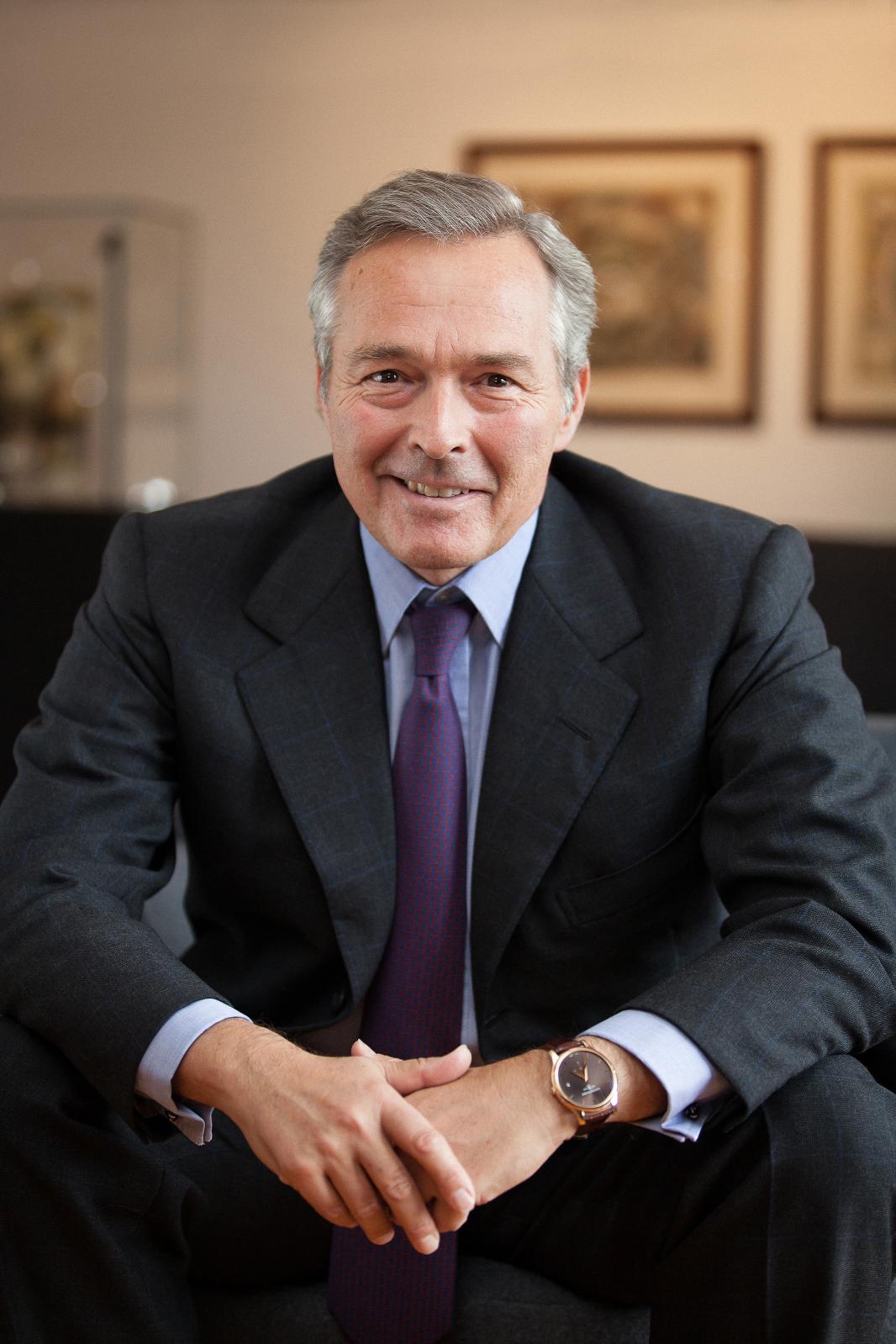 Why did you "hide" the paintings by Banksy and Damien Hirst in a remote part of the house?
My wife and I argued about them. She thinks they’re gloomy and therefore not "showable" in a setting that’s supposed to be welcoming. Granted, the skull (Hirst) and the yellow reaper sitting on a clock, waiting with a big smile on his face to cut down a life (Banksy), might put some people off. But they refer to time, the theme of this house. We eventually compromised: the paintings are hung, but discretely to avoid shocking certain people.

The collection here displays an impressive diversity of styles. How do you choose the works?
Like any collector, I always keep myself informed by regularly reading specialised media, especially the Gazette, and visiting galleries and art fairs. My purchases depend on my gut feelings about an objet. Like Jean-Michel Folon’s large sculpture Le Temps, which is in the garden. I found it in a small gallery in Florence because my car broke down a few kilometres away during the Mille Miglia race.

You collect art works, watches, cars and wine. What did you start with?
With toy cars, like most little boys. Then, when I was seven, I made a collage of cars out of watch parts from my parents’ watchmaking workshop (Eszeha, in Pforzheim). Using watch mechanisms to make art allowed me to understand how they work. Plus, as a child I spent a lot of time in the workshops. After high school, my interest in drawing led me to an apprenticeship at Weber, a jeweller. In two years, I learned how to design and make jewellery and put together a watchcase. The main advantage of that formative experience was that it allowed me to understand what makes craftsmen’s minds tick and what their work’s technical constraints are.

What do you think of where the art market is heading?
I’m worried and wonder about the exponential rise of prices for some contemporary artists. First, because skyrocketing prices like these are often followed by a market correction, as was the case with the "tulip craze" and, more recently, collectors’ cars, not to mention the 20th-century stock market crashes. So I’m sceptical about the idea of buying art works as though they were assets. Second, I’ve noticed that these prices, which some people consider astronomical, involve a very small number of artists and galleries who have cornered almost the whole market. This concentration can also be seen in watches, where the big groups tend to occupy all the ground. But collectors and society as a whole need diversity, which is provided precisely by small and medium-size market players, be they gallerists, jewellers, watchmakers, etc.

Do you think mechanical watches still have a future in this age of intelligent and connected objects?
I sure do! First because "smart" watches, like most electronic objects, will break down after being used just a few years, whereas a mechanical watch is independent of any external energy source except that of its owner’s body. This aspect, by the way, fosters a highly personal, if not intimate, link with this guardian of time that young people like as much as its beautiful mechanism, which makes it a sustainable object, and therefore ecological. You just need to look at the watches in our museum, L.U.CEUM, to realise the quality of these exceptional pieces, some of which are still ticking centuries after their creation!

If you could keep just one item from all your collections, what would it be?
The oldest pocket watch Louis-Ulysse Chopard made. It’s a signature piece that marked a milestone in the history not only of Swiss watchmaking, but my family. He started the company in 1860 at the age of 24. A century later, in 1963, his grandson sold the business to my parents because his children didn’t want to take it over. My parents kept the name out of respect for its founder’s work. Then, in 1976, they combined it with fine jewellery. Today the Chopard group, which I co-chair with my sister, has 154 stores and around 1,000 sales outlets worldwide, trains young people and uses only fair-trade gold to make its pieces.

A Rolex Pussy Galore at Auction
Not to be missed
Interviews