John of Capua: A Vital Figure

A Latin editio princeps of the Fables of Bidpai staggered bibliophiles when it garnered ten times its estimate. 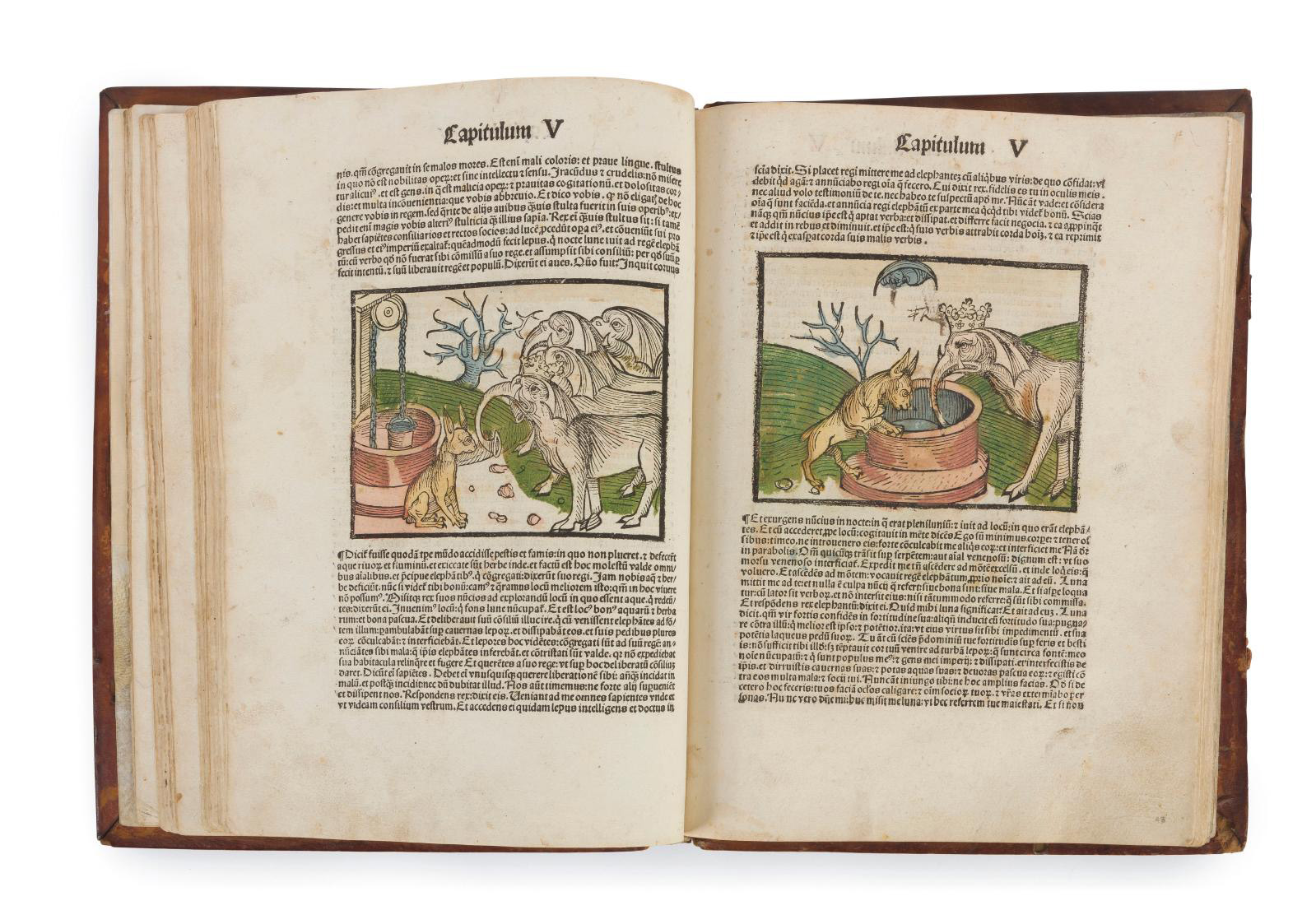 We owe John of Capua (1250-1310), an Italian, the Latin translation of the Hebrew version of the Bidpai Fables. This text, written in Sanskrit between the fourth and third centuries BCE by a Brahmin, was the first compilation of apologues used as a model by most fable writers, whether Persian, Greek, Arab or Hebrew. For this undertaking, Capua started with a version itself translated from Arabic after being translated from Pehlevi (Middle Persian). His work was crucial in the book's history, because it was the source of all subsequent translations into German, Italian, French and Spanish. The editio princeps was printed in Strasbourg in the late 1480s by Johann Prüss (1477-1510) after he had acquired the engraved woodcuts—with comic, animal and sometimes licentious subjects—of the German edition by Anton von Pforr (d. 1483). Only four printings of this edition exist, and it is not known which one is the earliest. It is now clear why the one here, bearing the ex-libris of numismatics specialist Jean-Baptiste Colbert de Beaulieu, went all the way up to €181,250.