After months of confinement, reimagine your surroundings with a visit to "Drouot Déco", a selection of the most extraordinary – and affordable – art and objets d’art proposed in sales of the coming months. 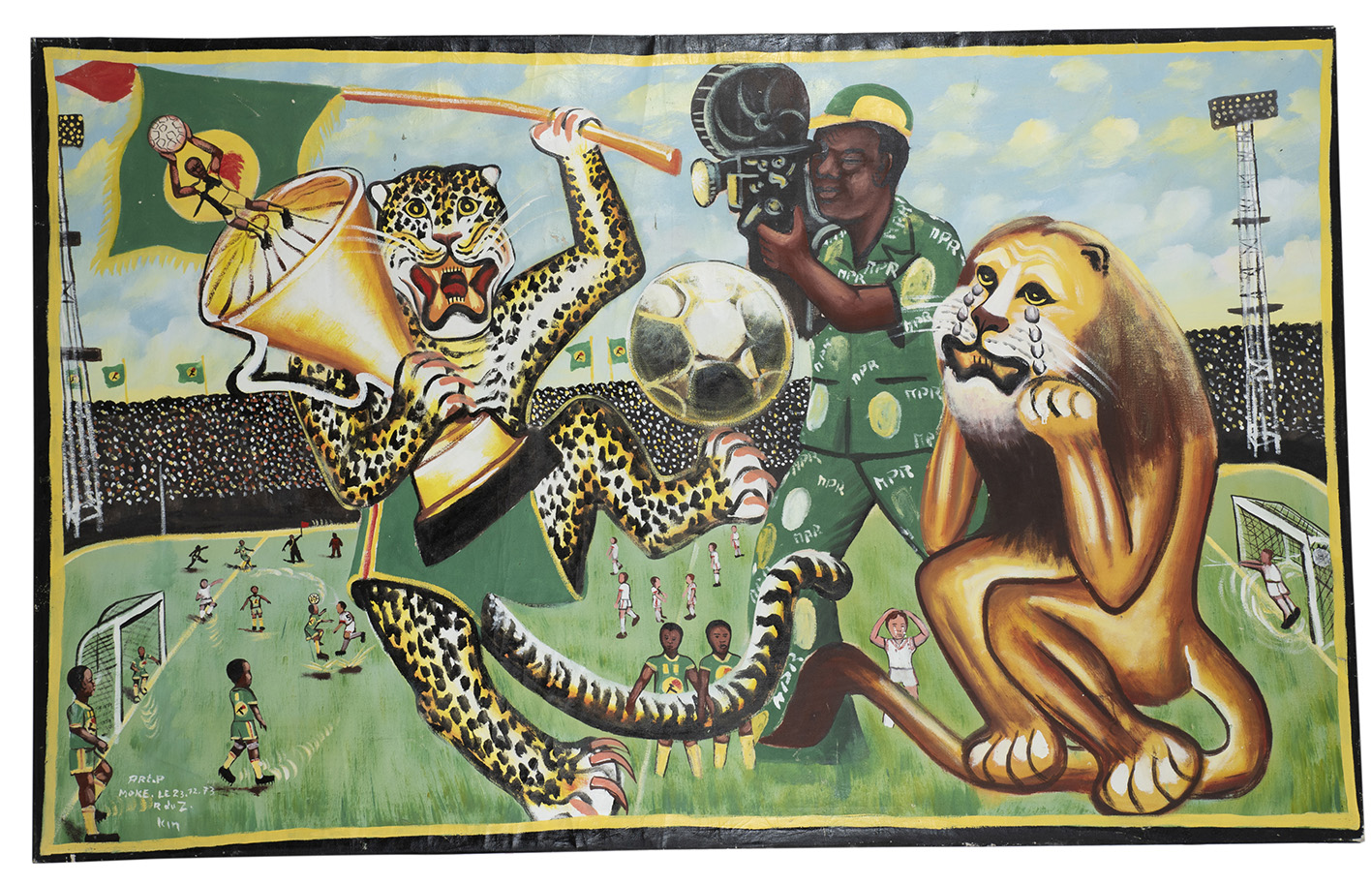 "Drouot Déco", on view through September 21 in Room 9 of the Hôtel Drouot, highlights a selection of affordable art and antiquities to be offered for sale through the end of the year. A ‘collegial exhibition’ collectively organized by Drouot auctioneers (like the concurrent Oeuvres Choisies), the show gathers a selection of affordable artworks, furniture, ceramics, glass and curios.

A majority of the exhibition is dedicated to the Klapisch collection. Robert Klapisch, a major figure in post-war nuclear physics, served on numerous French presidential committees for scientific ethics and actively promoted scientific partnerships with nations of the global south. The collection he assembled with his wife Louise features works by major contemporary artists and designers. Artists of the New Figuration movement are particularly present, and more properly those of Narrative Art. These artists rejected the modernist dictum of abstraction to create representational work that they felt more directly engaged the social unrest of France in the 1960s.
Jean Le Gac’s large photographic collage of 1979, City of a Strange Fear (Ghent): An Introduction to the Works of an Artist of my Genre, melds image and text in a meandering account of geography and biography that blurs the identity of a fictional artist with his own. Equally rooted in memory, Annette Messager’s two small sketches in colored pencil of 1976 entitled Happiness Illustrated capture cryptic moments of personal importance, an approach that incorporates text in her similar piece The Garden of 1974. The collection traces that narrative impulse forward in time to Nan Goldin’s 1992 cibachrome on aluminum Joey In My mirror, Berlin. The intimate photograph of a friend dressed in drag is definitional of a body of work that continues to explore transgression, the world of the night, and the politics of gender.

"Drouot Déco" is also particularly rich in small works from the beginning of the twentieth century. A series of quickly executed ink drawings from before 1920 capture artists such as Pierre Bonnard and Auguste Chabaud exploring abbreviated representational vocabularies. The enormous influence of Cubism and its interwar growth into the Machine Aesthetic are equally present in numerous drawings and watercolors. Two Men At The Bar 1925 by Pierre De Maria, an indefatigable presence in Parisian artistic circles through successive avant-garde movements, verges on an Art Deco aesthetic. While other works on offer are unsigned, they are clearly by trained hands and further attest to the ubiquity of this new visual language born of modern life.

A corner of the gallery is dedicated to works that join art and sport. Moké’s 1973 canvas Africa Cup, also from the Klapisch collection, is a raucous expression of national pride in the victory of the then Republic of Zaire’s team. The artist’s seeming naiveté belies a masterful play of pattern and social analysis that joins sport, pan-Africanist sentiment, and the exuberance of the era of independence. Alain Landrain’s panoramic Greg Lemond and Bernard Hernault - Tour de France 1986 reveals the powerful identification of fans with athletes. The exertion of the cyclists in their ascent of the Croix de Fer is redoubled by crowds of supporters shouting encouragement from a physical proximity that almost aggressively plunges them into the competition itself.

As an exhibition of decorative arts, a wide range of ceramics and art glass are on display. An offering of exquisite Japanese ceramics ranges from the studied imperfection of wabi-sabi to sophisticated illusionism. The glazing of a seventeenth-century Edo double-gourd vase from the Ofukei kilns gathers and drips in relationship to the vessel’s rough geometries, an interest in irregularity that is further evidenced by a kintsugi repair. On the other end of the spectrum, an elegant, nineteenth-century Edo suspended vase from Kyoto assumes the form of a striated cucumber. Incised to hold a single cut flower, its rippling walls sport naturalistic, clay appliqués of leaves and tendrils to reiterate its vegetal inspiration. Modern European ceramics are represented by a fine selection of Jacques and Dani Ruelland ceramics. Inventors of a unique glaze and firing process, the Ruellands evolved from designing individual pieces to ‘families’ of objects. Several such groupings – balanced in form, color and height – are on display.

A strong selection of art glass foregrounds the technical and aesthetic innovation of Art Nouveau, and particularly the late nineteenth-century rediscovery of pâte de verre.  There is a particularly impressive assembly of vases and ‘veilleuses,’ or nightlights by Gabriel Argy-Rousseau, one of the first glassmakers to reclaim this ancient technique and widely considered to be its first modern master. The exhibition also features a number of Daum pâte de verre vases. Late-century technical experimentation is equally on display with a resin ‘Spaghetti’ vase by Gaetano Pesce that speaks to his celebration of raw materiality.

Chronologically, the furniture included in "Drouot Déco" begins with a suite of nested tables by Émile Gallé with vegetal marquetry motifs executed in a delicate range of woods. A neo-Mudéjaresque writing table by Linarès from 1930 ingeniously folds in on a desk set that recedes into the piece’s interior when its leaves are closed. The tubular forms bulging from the shell of Jo Colombo’s Elda 1005 armchair (1963) blur the distinction between furniture and sculpture but still accommodate the human body like the Lounge 670 armchair by Charles and Ray Eames also on display.

Beyond decorating your home, the "Drouot Déco" show will equip you as the consummate host. Vintage Hermès and Chanel belts are offered for your wardrobe. Historic perfume bottles, some with a few remaining milliliters of the original scent, will prepare you for your evening. Bottles of 1979 Margaux and a 1904 Gelas et Fils Armagnac will ensure your guests are well received. You might even pick up a pair of creamy, speriolite cigarette holders carved in the form of a woman’s legs and nestled in a custom case beneath a slip of silk to mimic her skirt. The sort of thing that exists only to delight the collector!