The Villa Noailles is dedicating a historical exhibition to this pioneer of textile design between the wars. A look back at some unique and unjustly forgotten pieces. 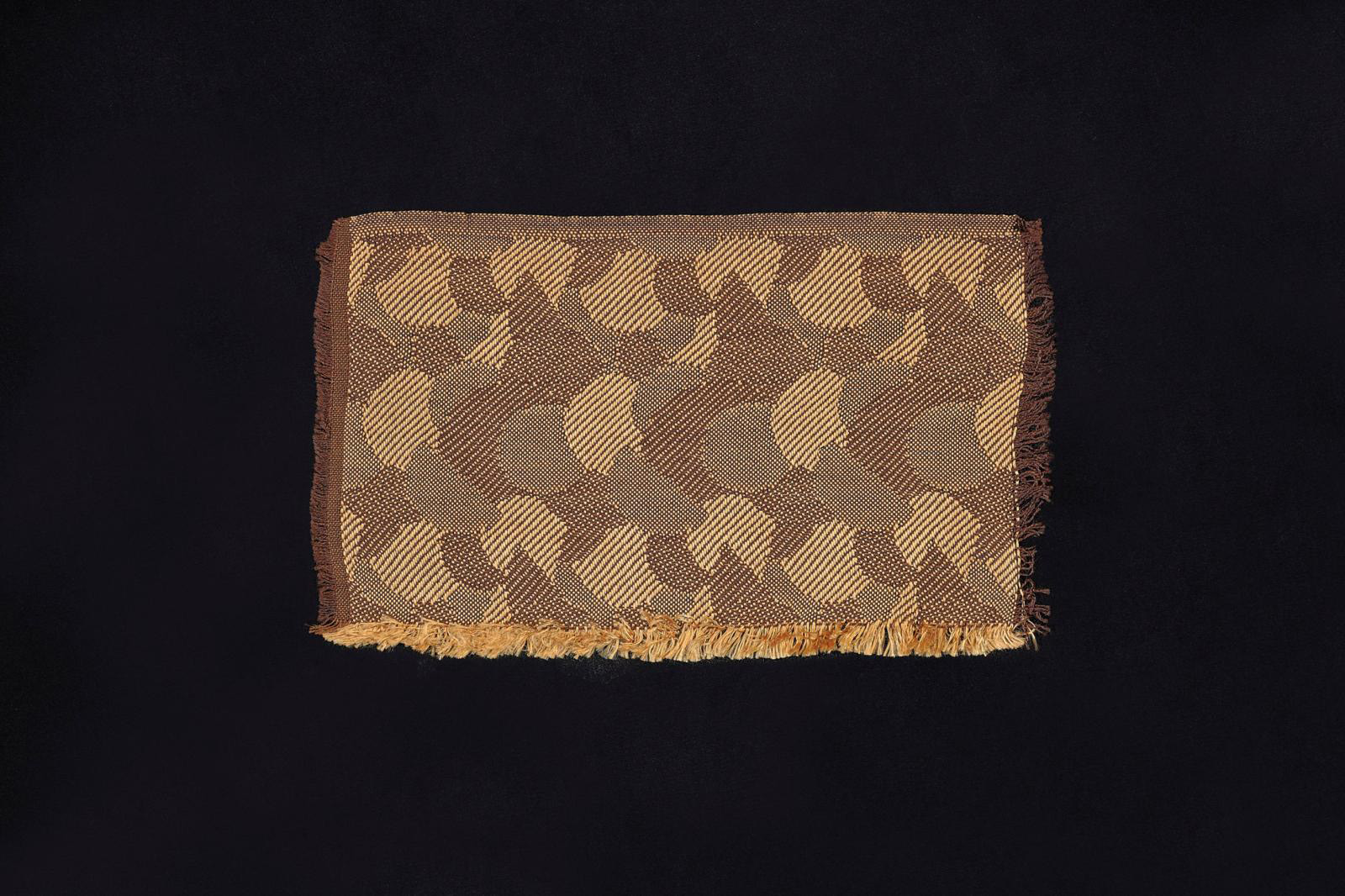 She turns up everywhere in photographs of the time: at the Salon des Artistes Décorateurs in 1926, where Pierre Chareau used her "La Mosaïque" motif as the sole backdrop for his "fireside"; at Robert Mallet-Stevens' home in 1927, where the solid armchairs in the imposing hallway sported her tartan fabrics; in the Parisian dining room of the publisher Robert Draeger in 1928, where Francis Jourdain upholstered a wall panel with her angular, syncopated motif "Les Clous"; in the beautiful Parisian apartment Djo-Bourgeois created for one Mr. Vermus, in 1930, where her vertical "Rectangles" formed a pair of monumental curtain columns, and at the Salon d'Automne in 1933, where she displayed her fabrics with austere extravagance at a stand shared with interior designer René Herbst. Her name is rarely mentioned, and she is now virtually forgotten. But what would these interiors have been without the sensual contribution of textile designer and weaver Hélène Henry (1891-1965)?

There are several reasons for this neglect. Firstly, the vast majority of the interiors in question no longer exist, and those still surviving have long since lost their original fabrics. Secondly, the photos testifying to her work, all in black and white, inadequately reflect the nature of the textile furnishings. And then, Hélène Henry was not only a woman but also exercised a "woman's job", considered then—and probably now—as somewhat secondary. Lastly, as with so many other artists during this interwar period in the French decorative arts, the loss of her archives was the final blow. All that remains of Hélène Henry's career, apart from old photographs and press articles, is part of her studio collection in the form of rolls and samples of fabric. Bought at auction by gallery owner Michel Giraud in 2000, this treasure trove provides all the material for the exhibition currently running at the Villa Noailles in Hyères, as well as the fine catalog that goes with it.

Obviously, it is no longer possible to make curtains or hangings from them, or use them to upholster chairs, so Hélène Henry's fabrics are exhibited in Hyères as free-hanging rolls or samples in a display case. But even if we can only appreciate them with the eye, we can still get a far better idea of a 1920s Chareau or Mallet-Stevens interior: the wide range of textiles makes it possible to appreciate the color, the feel and even a certain glittering brilliance that cannot be guessed from the photographs alone. For, as the curators Alexandre Mare and Stéphane Boudin-Lestienne explain, Hélène Henry loved not only traditional luxury fabrics like silk and wool, but also a new material, viscose: an "artificial silk" patented in 1892 and marketed as "rayon" in the 1920s. With this gleaming, fluid thread, she explored a whole world of shimmering tactility, as Jean Gallotti commented in the magazine Art & Decoration in 1931: "Delicately creasing a fabric to bring myriad reflections into play, or stretching it so that it captures all the light, not only pleases the eye but also gives life to the inanimate, somehow." But while Hélène Henry was modern in her choice of materials and the design of her patterns, she was perhaps less so in her production methods. She did not tolerate printed cotton, unlike the more experimental Sonia Delaunay and Élise Djo-Bourgeois, so there was no industrial mass production, as everything was handmade on traditional looms. True expressions of French luxury, her fabrics made play with a three-dimensional aspect impossible to achieve with a cheap print. By combining wool and silk, she created contrasting relief; by exploring the direction of the weft, she brought out subtle patterns in matching shades. The complexity of her upstream calculations is sometimes breathtaking, like her magnificent, refined gradations, which seem to be applied with a brush rather than woven.

Hélène Henry was in vogue during the interwar period. By the 1950s this was no longer true of her work or her methods. Before the war interior designers would come to her in advance, showing her their projects so that she could design a model to suit them. Unsurprisingly, she was an original member of the Union of Modern Artists (UAM), whose founding meeting was held at her home on May 15, 1929, in her studio in Rue des Grands-Augustins. She expressed an aristocratic conception of her art through both her meticulousness and the motifs she chose. This meant that she blended into the scene as a whole, contributing undeniable luxury without being ostentatious. This exhibition and its catalog restore this too-soon forgotten aspect of a certain French modernity.