Items from the Renaissance and fine antique furniture shared top billing in this sale in Tours: a rare occurrence. 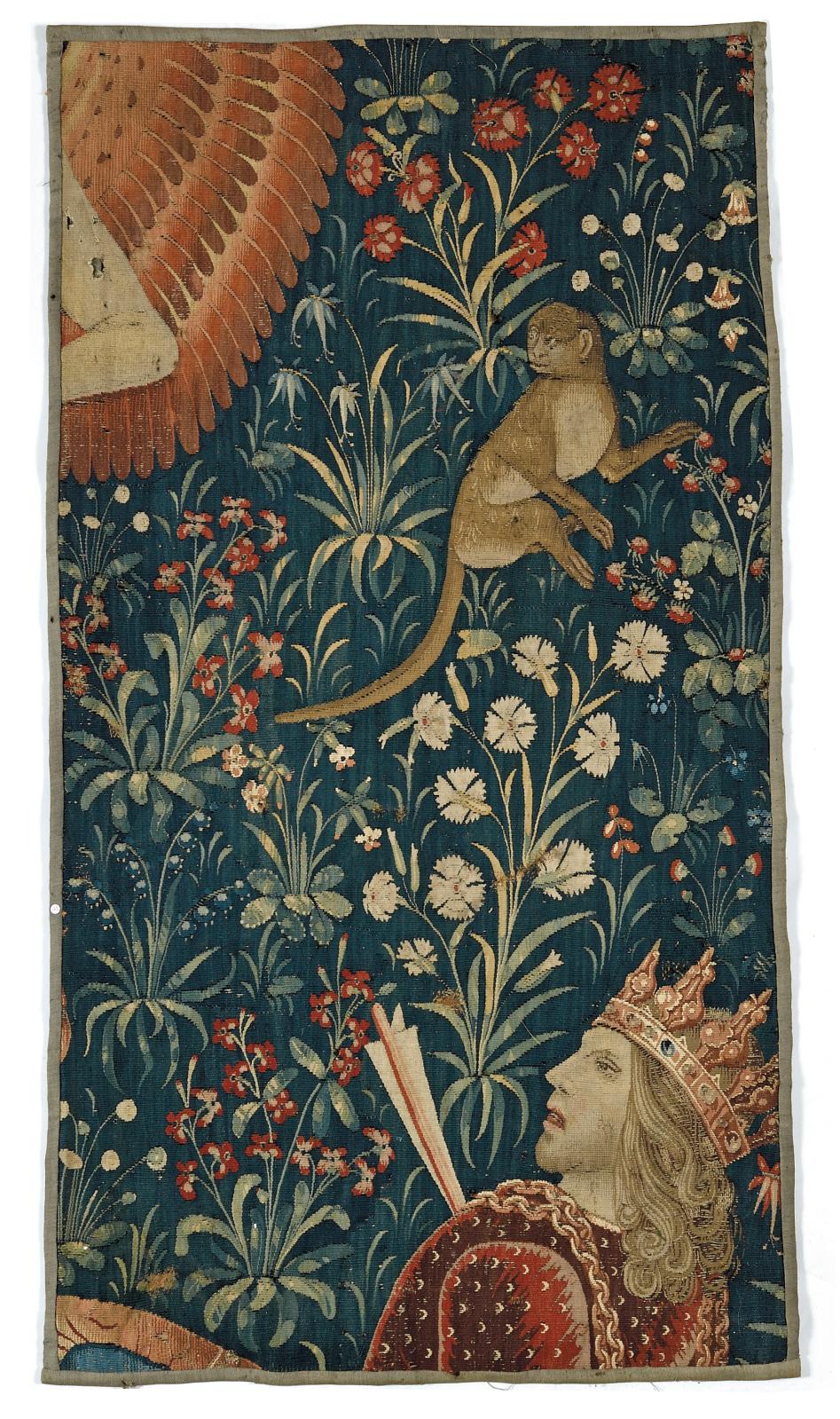 The stars, crowned by €58,280, were two fragments of the same tapestry woven in the southern Netherlands in the early 16th century in the mille-fleurs style, featuring L'Amour triomphant et Cupidon (Love victorious and Cupid). The illustrious, complementary relics show the figures of Love accompanied by the inscription "Cupid" and a man in a crown, seated, who has been struck by the winged god's arrow. A similar tapestry, also a fragment, called Éros triomphant (Eros victorious) and now in the Detroit Institute of Arts, made it possible to identify the stricken man as the figure of Power. So we are seeing Love's victory over the mighty of this world. According to the curators of the American museum, the text was inspired by a French illustrated translation of Petrarch's Trionfi, now in the Bibliothèque de l'Arsenal in Paris. Just as impressively executed, a cabinet in exotic wood and pewter marquetry, a 17th century French piece in the style of Pierre Gole (1620-1684), found a taker at €52,080.