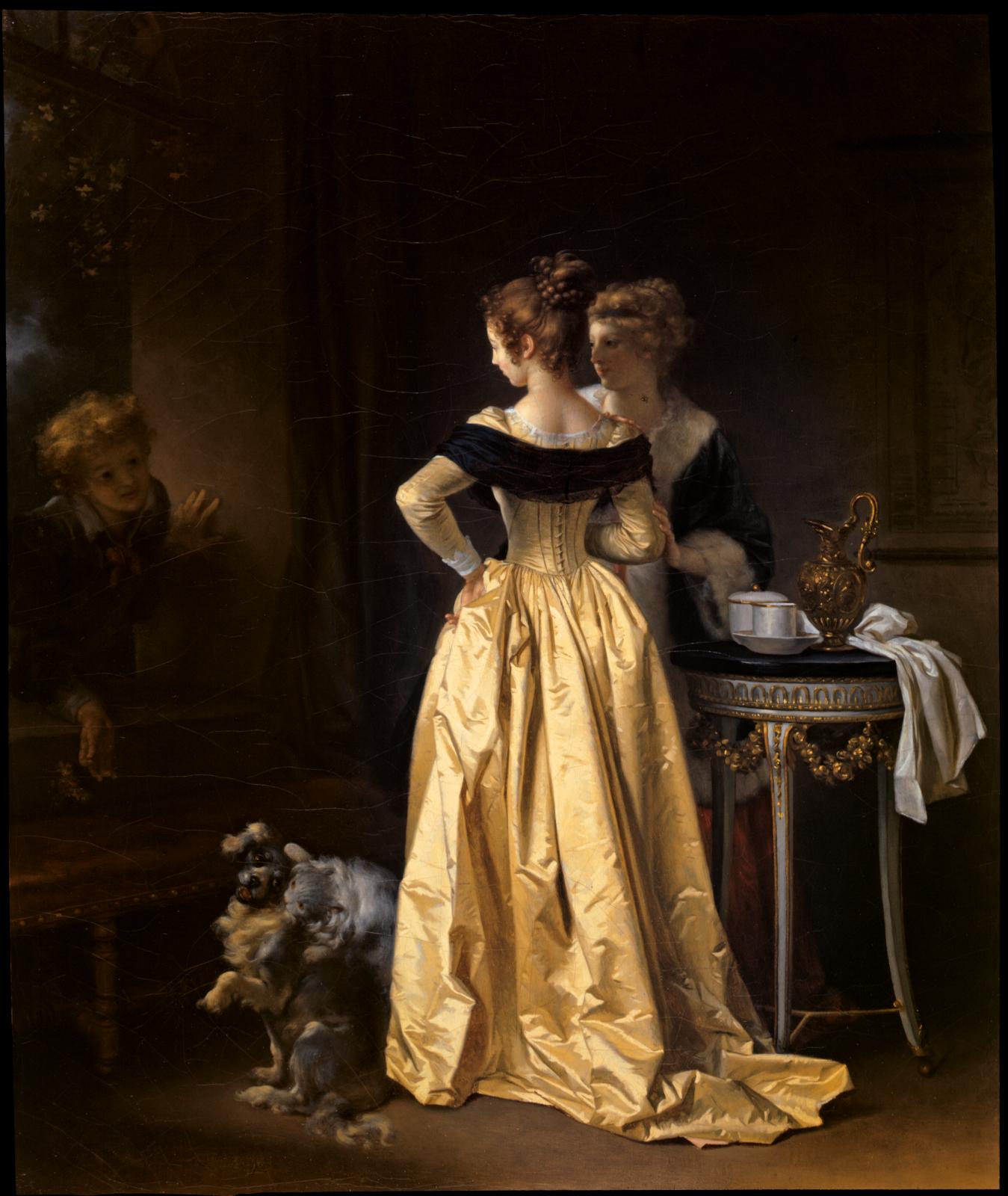 Grasse can rejoice in being the home to a business that invests so much in its cultural life. The private museum opened in 2011 by the Fragonard perfume company is hosting an exhibition that marks a milestone in our collaborator Carole Blumenfeld's work on French genre painting. This time focusing on the 1780s, it features thirty-odd pictures whose theme is the sensuous intoxication and easy morals that returned in the reign of Louis XVI. Thanks to numerous loans from private collections, visitors can rediscover the light-hearted works of the town's two native artists, Jean-Honoré Fragonard and his sister-in-law and pupil, Marguerite Gérard. But above all, they can see lesser-known paintings by more or less forgotten artists, like Henri-Nicolas Van Gorp, Jeanne Élisabeth Chaudet and Pauline Ozou. The curator is keen to rehabilitate the so-called "painters of pans and petticoats", who were rapidly swept aside by the heroism of revolutionary regimes. In Carole Blumenfeld's eyes, love scenes were far more than pleasant diversions designed to titillate the bourgeoisie: this was in fact "politically committed painting" supported by a "taste for illusion", which drew its inspiration from literature, and expressed the aspirations of the "social woman" to escape the shackles of family life.

A Fair Price for an Outsize Painting
Newsfeed
See all news
Modern and Contemporary Art: Oeuvres Choisies Exhibition at Drouout
Italian Art Fair Becomes First Major Fair to Mint NFTs
German Historian Calls Humboldt Forum’s New Exhibition “Scandalous”
Ancient Stone Ram Head Found on Egypt’s “Avenue of the Sphinxes
Not to be missed
Exhibitions
The Palais Galliera in Paris Recounts the Adventure of…
The French edition of the world's leading fashion magazine is celebrating…
Exhibitions
Othoniel As Narcissus at the Petit Palais
The exhibition—an introductory journey through a wonderland of mythology,…
Exhibitions
Anni and Josef Albers at the Musée d'Art Moderne in …
A comprehensive show traces the lives and work of two modern art…
Exhibitions
The Mobilier National Brings Napoleon’s Palaces Back…
At the Gobelins Gallery in Paris, France’s National Furniture Depository…