Gitte Ørskou: Towards a Nordic Model? 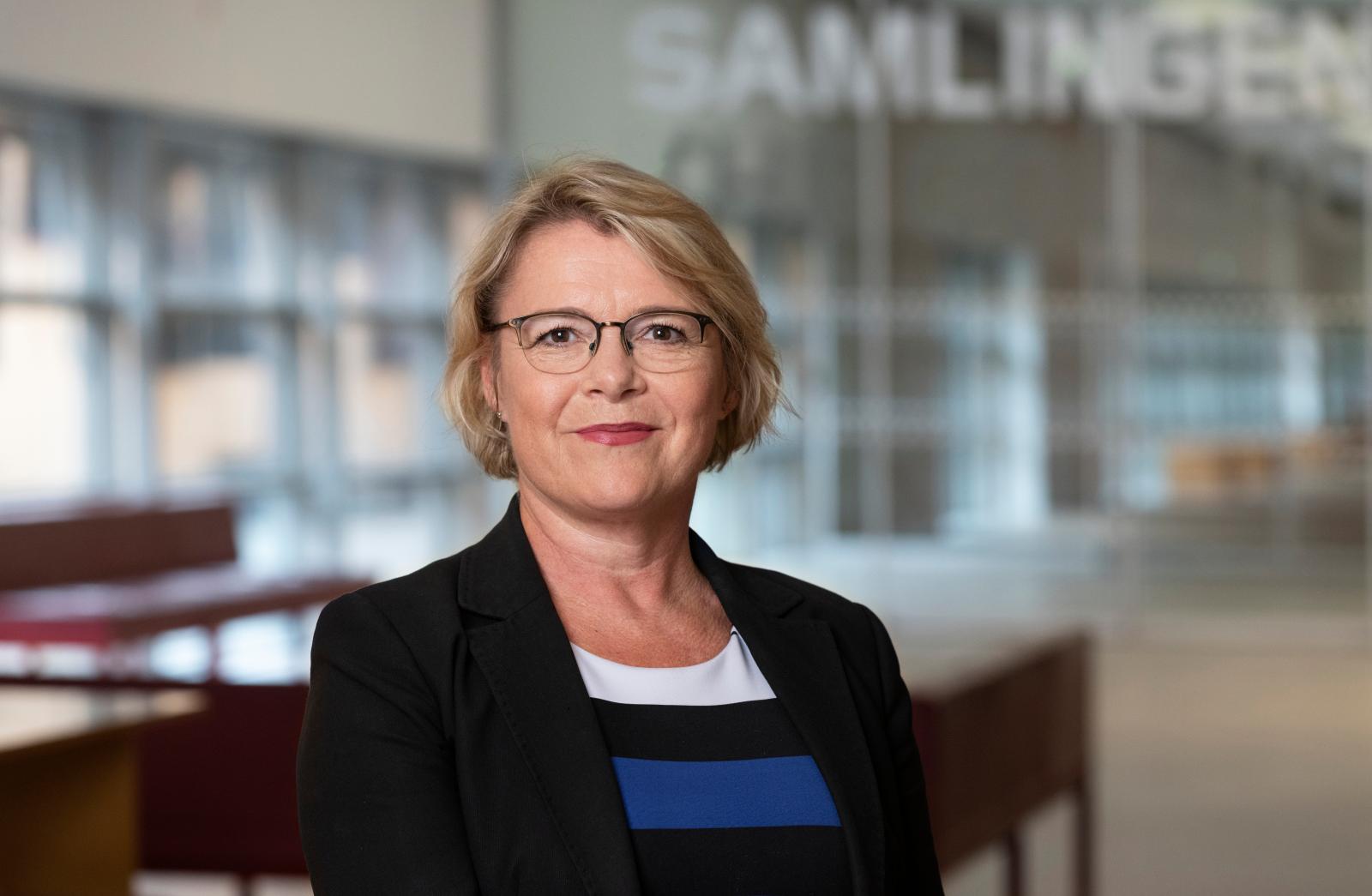 Some people must have been jealous when a Dane became head of a Swedish museum.
Soliciting your neighbours’ skills is quite common in Scandinavia. The National Museum in Oslo, Norway is run by a Dane, the one in Helsinki by a Swede (...) In cultural matters, a natural link has always united Scandinavian countries. We may sometimes get tangled up in Swedish, Finnish, Danish or Norwegian, but the working language is mainly English.

Do the collections you are now in charge of reflect this international openness?
We have the largest collection of modern art in Northern Europe. Since its creation in 1958, the Moderna Museet has pursued an ambitious acquisition policy, coupled with generous donations, that enabled it to show major works by Pablo Picasso, Marcel Duchamp, Robert Rauschenberg, Niki de Saint Phalle, etc. at a very early stage. The same goes for temporary exhibitions. Not to mention that we very logically have the richest collection of Swedish art in the world. Lastly, our photo collection, with over 130,000 photographs, is undoubtedly one of the largest in the world.

How much leeway does the Ministry of Culture leave you?
Although we’re under its supervision, we enjoy great independence, both in terms of programming and acquisitions. In this respect, Scandinavia fosters a tradition of transparency that prevents any attempt at nepotism, or at least makes it very difficult. Here, and unlike in other countries where the executive branch may sometimes have delusions of grandeur, a minister will never call me to try to impose a vision on me or put pressure on the institution. The upside of this freedom is, of course, full availability for the Swedish public

Is Denmark, where you worked for 20 years, on the same wavelength?
Not exactly. In Sweden, contemporary art receives more support and is less marginalised than in Denmark, where my funding melted like snow in the sun every year. At the Moderna Museet it was the opposite because the government is fully aware of culture’s role in the country's economic and social development. Stockholm is a tourist centre that attracts an incredible number of foreign visitors. But whatever their differences in cultural policy, both countries certainly enjoy the full support of their respective royal families. It may seem anecdotal in France, but when a king or queen sends a sign of support to a museum or exhibition, it always makes its director immensely happy!
"Our photo collection, with over 130,000 photographs, is undoubtedly one of the largest in the world."

Was the funding enough to balance your books?
I would say that our operating budget is a decent budget. But fortunately there are donors, friends of the museum and sponsors who support us all year. My fundraising experience in my previous positions is certainly one reason why I was chosen to head the Moderna Museet. At the Museum of Modern Art in Aalborg, Denmark, I raised 70% of my budget myself from the private sector. Unlike France, public museums are free, which complicates the equation even more.

What will your main goal be?
Opening the museum up to a lay public and surpassing the 600,000-visitor mark we nearly crossed in 2018. Above all, I want to make it a place of exchange open to all.

All curators want to do that, but it’s often wishful thinking.
I disagree. True, the foundations of such an institution are exhibitions, collections and events, which are sometimes very specific. But a museum must also feel welcoming to visitors, starting with the lobby. Sweden is well ahead of the curve in this area and has been for many decades, with quality education and learning programmes that are the envy of many curators abroad. Are you still doubtful? Here’s an example that will convince you: when I was in Aalborg, the museum had to close for a few months for restoration. So I organised travelling exhibitions in Danish homes, in the very heart of villages or suburbs. A Picasso hanging on the wall of an ordinary man's kitchen? We did it! We did it! I also had these weekend exhibitions broadcast on national television during prime time. You have no idea how popular it was!

Will your programming choices be highly strategic?
Yes, especially since we are, perhaps more so than in southern Europe, subject to an obligation to educate the public through art. In the 1960s, for example, the Scandinavian countries were the first to systematically schedule visits for schoolchildren. Coupled with our free-admission policy, this has made a big difference over one or two generations. In the short term, it involves a new hanging to present the historical sequences from a different angle and shake art history out of the static image it can have. Why not try an approach based on the history of philosophy, for example? I believe it’s possible to touch people's lives because, after all, works of art only reflect the changes in society.