Unappreciated at the time of their creation, George E. Ohr’s “art wares” are now among the most sought-after ceramics on the global market, with their sale prices consistently exceeding estimations and often surpassing Ohr’s own valuation of his pots—the equivalent of their weight in gold. 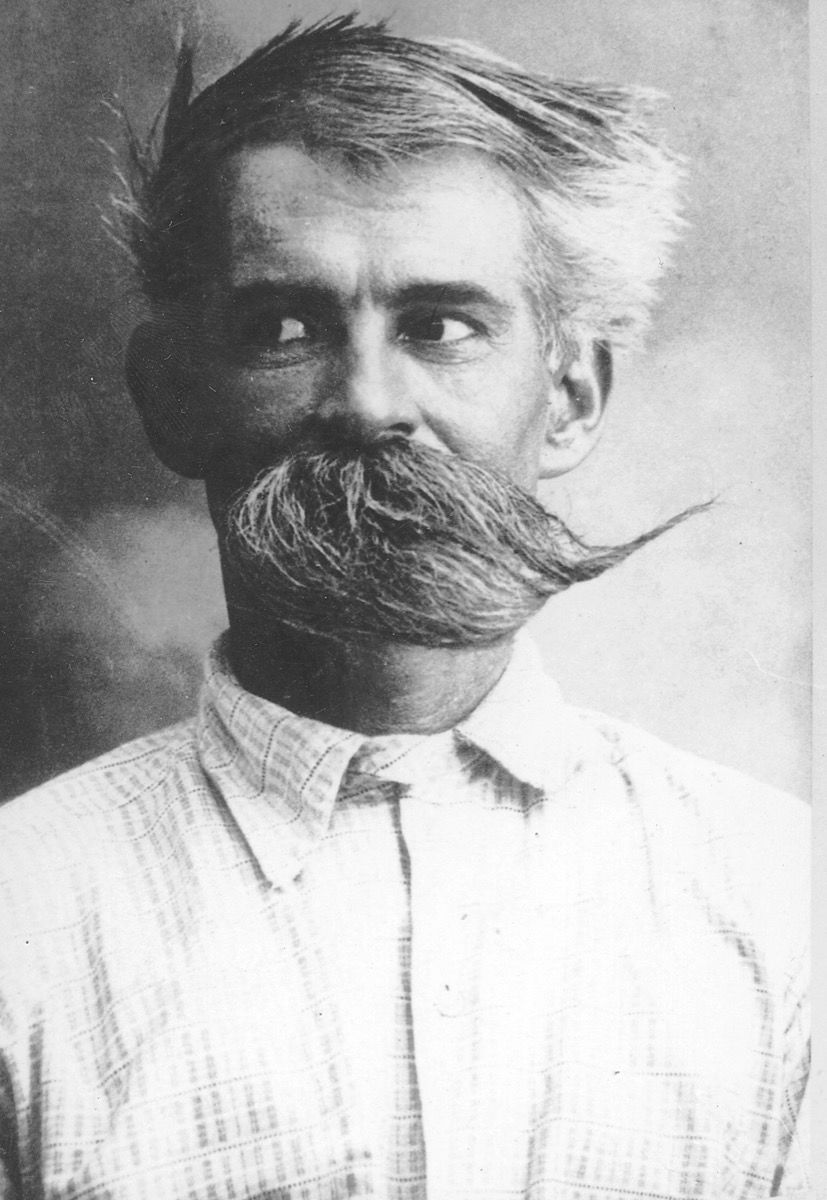 The self-proclaimed “Mad Potter of Biloxi,” George Edgar Ohr was born on the coast of Mississippi in 1857. Biloxi was known for its beaches, opera house, and fine seafood. By the 1890s, it added another popular tourist attraction: the Biloxi Art Pottery built and managed by Ohr. Before settling in his hometown, however, Ohr had apprenticed as a potter in nearby New Orleans and, in the early 1880s, had traveled through sixteen states, visiting ceramics studios, pottery shows and exhibitions to familiarize himself with the burgeoning American art pottery movement. He also participated in the 1893 World’s Columbian Exposition in Chicago, where he likely saw the strikingly innovative glazes by French masters Ernest Chaplet, Pierre-Adrien Dalpayrat, and Auguste Delaherche. In 1904, Ohr won a silver medal at the Louisiana Purchase Centennial Exhibition in St. Louis. Yet he did not sell a single piece there, and his “art wares” remained largely unsold back in Biloxi, despite the crowds of curious tourists attracted by the famed eccentricity of both the pots and the man himself.

The Greatest Potter on Earth
Ohr cultivated a flamboyant public image. He designed his studio and showroom in an eclectic style that included a five-story wooden “pagoda.” He regularly posed for photographic portraits featuring bizarre facial expressions and which showcased his remarkable mustache. He promoted his work by covering the exterior of his pottery with hand-lettered signs that proclaimed: “Unequaled unrivaled – undisputed – GREATEST ART POTTER ON THE EARTH.” In his studio, Ohr controlled every aspect of the pottery making: he dug and prepared the clay, threw and modeled his vessels, made and applied the glazes, built and fired the kiln. In a short period of time, from around 1895 to roughly 1905, he produced a vast and extraordinary body of work—thousands of pots with no two alike. Ohr’s most frequently used procedures included ruffling, twisting, crinkling, indenting, folding, and off-centering—resulting in wonderfully inventive forms that defied symmetry, functionality, and the very distinction between the interior and exterior of an object. Additionally, Ohr actively experimented with glazes, both in terms of their chemical composition and their application. The resulting variety of textures and brilliant color juxtapositions showcase the potter’s extraordinary control of his materials, while simultaneously celebrating the aesthetic potential of accident generated by the heat of the kiln. Even Ohr’s approach to signing his pots offered a moment of dramatic flourish. Around 1898, he started to use a calligraphic script signature, which replaced an earlier stenciled “newspaper type” mark, claiming that the shift was a result of a customer asking for his autograph. Yet the move towards a script signature also fits with Ohr’s overall attitude towards his “art wares,” further highlighting their unique and insistently hand-crafted quality.

From a Garage to the Met
Ohr’s eccentricity was a detriment to his critical and financial success and made him the object of ridicule by other artists, critics, and national and local audiences. Despite his practice being a quintessential expression of the principles of the contemporaneous Arts and Crafts movement, Ohr was never embraced by the U.S. network of societies and crafts communities. Frustrated by the lack of recognition, he closed his pottery in 1909, crating his unsold pots with a hope of future appreciation. The recognition he craved came long after Ohr’s death in 1918. In the late 1960s, antiques dealer James Carpenter came across the trove of Ohr’s pots in his sons’ autorepair garage. As Ohr’s work entered the art market starting in the 1970s, the potter was praised for the originality of his aesthetic vision and hailed as a precursor to the gestural paradigm of Abstract Expressionism. Robert Anderson Ellison Jr., himself an Abstract Expressionist painter, became one of Ohr’s most devoted collectors and promoters. In 2009, he donated some of the finest examples from his collection of over 370 Ohr pieces to the Metropolitan Museum of Art as a promised gift. A part of the larger gift from Ellison’s vast collection of American art pottery, Ohr’s pots fully entered the museum’s collection in 2018. Ohr’s popularity was further solidified with the opening of The Ohr-O’Keefe Museum of Art in Biloxi in 2010. Designed by architect Frank O. Gehry, the five-building museum campus is dedicated to promoting and preserving Ohr’s legacy, as well as the diverse cultural heritage of the Mississippi Gulf Coast. In the last two decades, the auction prices for Ohr’s ceramics also have risen dramatically: in 2006, a two-handled vase sold for $132,000 at Sotheby’s in New York, a record for the potter; similarly, a recent sale at David Rago in Lambertville New Jersey, on January 18, 2020, saw a large vessel sell for an impressive $100,000 (€72,135), far exceeding the estimate of $20,000/30,000. A daring individual and an inventive and masterful ceramist, George Ohr is finally receiving his due.

Ottoman Interiors
Not to be missed
Analyses

The Louvre has launched a major fund-raising drive to acquire the...