The young Marseille gallery Alexis Pentcheff has succeeded in forging a name beyond this country's borders. Four questions for its owner on the tenth anniversary of the gallery. 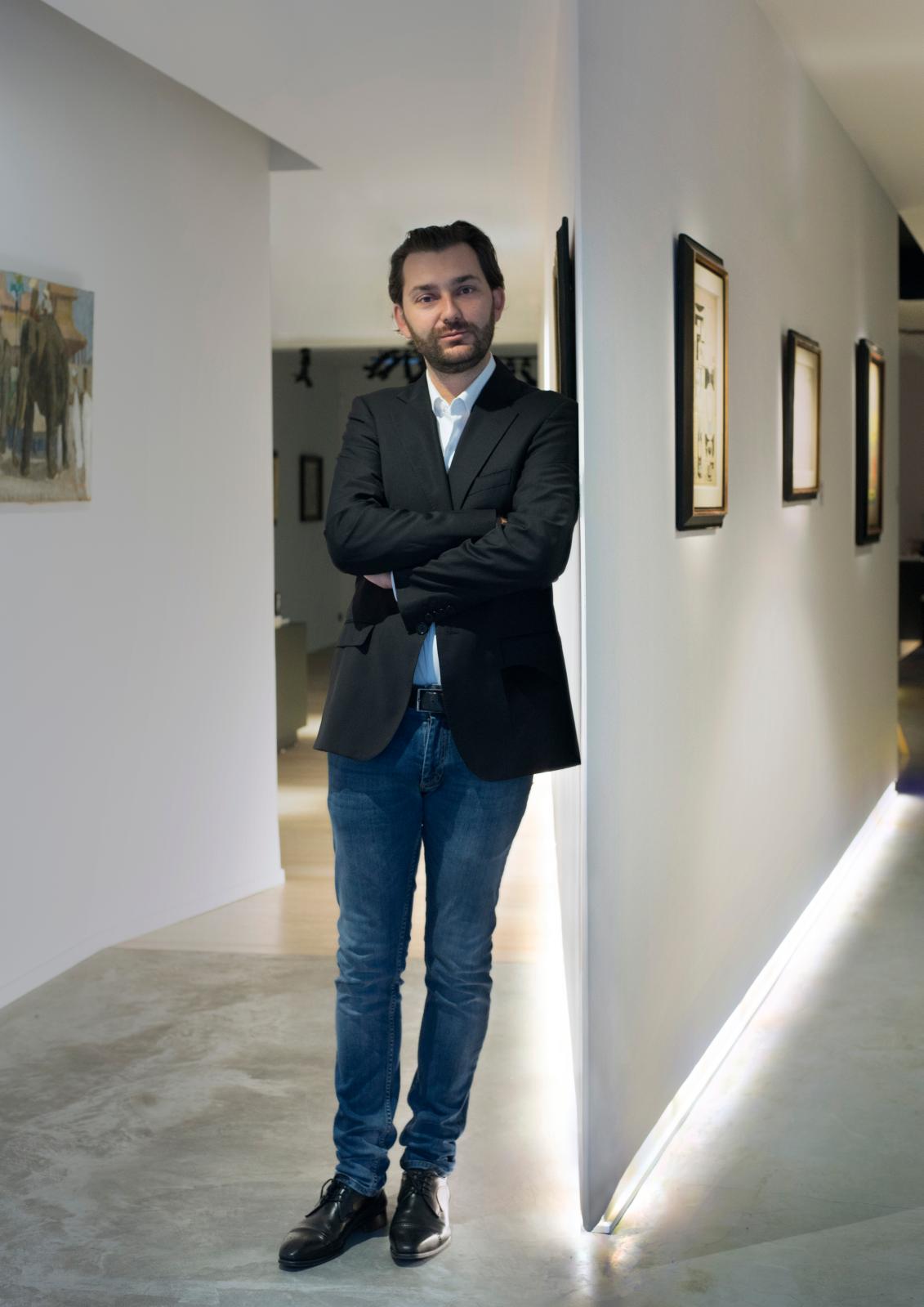 Alexis Pentcheff in his gallery in Marseille.
© Juliette Guidoni
Alexis Pentcheff in his gallery in Marseille.
© Juliette Guidoni
Within and outside France, you are a benchmark gallery for Provençal school painting. How do you see the market?
When we opened the gallery, we started out with our Provençal painters: local 19th century artists. That helped us to grow, but we didn’t expect such a drop in this market. Previously, when we had a painting by Jean-Baptiste Olive of Marseille’s port the ultimate iconic subject , we would have a wide range of possible buyers, but it’s a lot harder today. This Provençal school represents only 5% of our turnover now, but we’ll never abandon the market completely, because we love its artists (…). If you were to ask me which painter’s prices have plummeted the most, I’d say Monticelli first of all. Nowadays, I tell any customers looking to invest in art to buy Monticellis. It’s just impossible that he’ll stay at that price level when he was one of the first Provençal artists to make a real impact on the history of art.

You also exhibit early 20th century Provencal artists who have decidedly impressive price indexes…
Yes, they’re much in demand: Alfred Lombard and Pierre Girieud, for instance, are painters with a small output, so their works are pretty rare. We show them regularly.
After the 19th century Provencal school balanced out at a lower level, how did you change your offer?
Today, our idea is to exhibit artists who have worked in the South of France, ranging from Renoir to Picasso. Henri Manguin is a painter we have worked hard on; César as well (we exhibited him last June), and Le Corbusier that other atypical figure, who built the Cité Radieuse in Marseille. We also have strong faith in French artists who worked in Indochina, particularly Vietnam, like Joseph Inguimberty, who set out there from Marseille.
What do you have lined up for the gallery’s tenth anniversary?
We want to celebrate it gloriously! The first phase starts on 11 January at the Marseille gallery, retracing the entire history of Provençal painting since 1850. The second stage of the anniversary revolves around the BRAFA. We’re going to publish a catalogue featuring twenty or so of the finest paintings that have passed through our hands, and we’re going to show several paintings for the first time: Post-Impressionists like Henri Lebasque and Henri Person, and various Fauves. We are also very fortunate in that one of customers has entrusted us with the sale of two Picassos. This will be our fifth BRAFA. I am extremely critical by nature, but honour where honour is due: the BRAFA’s organisation is impeccable.
www.galeriepentcheff.fr

Jean-Louis Herlédan: waking up the Carré Rive Gauche
Newsfeed
See all news
Aric Chen Appointed General and Artistic Director of Het Nieuwe Instituut
2021 Guggenheim Fellowships Awarded
Philadelphia Activists Call for Repatriation of Skulls of Enslaved Black People
David Zwirner Gallery Opens New Downtown Gallery in Tribeca
Not to be missed
Interviews
Louis Benech, the Chameleon Gardener
His renovation of the Tuileries Garden  in 1990 made him a household…
Interviews
Seth Feman on the Chrysler: A Museum Focused on Peop…
On the occasion of the 50th anniversary of Walter P. Chrysler’s…
Interviews
Jean-Luc Martinez: Reopening the Louvre’s Royal Apartments…
The controversy over altering the Louvre’s Greek and Roman Bronze…
Interviews
Stephanie Wiles: The Yale University Art Gallery Looks…
We spoke with Stephanie Wiles, The Henry J. Heinz II Director of…