On 11 and 13 June 1947, Drouot auctioned one of the first major non-western art collections: Félix Fénéon's, with its 457 pieces. It was historic in terms of pre-eminence and scope. The Musée du Quai Branly pays tribute to it in an exhibition somewhat hampered by its very ambition. 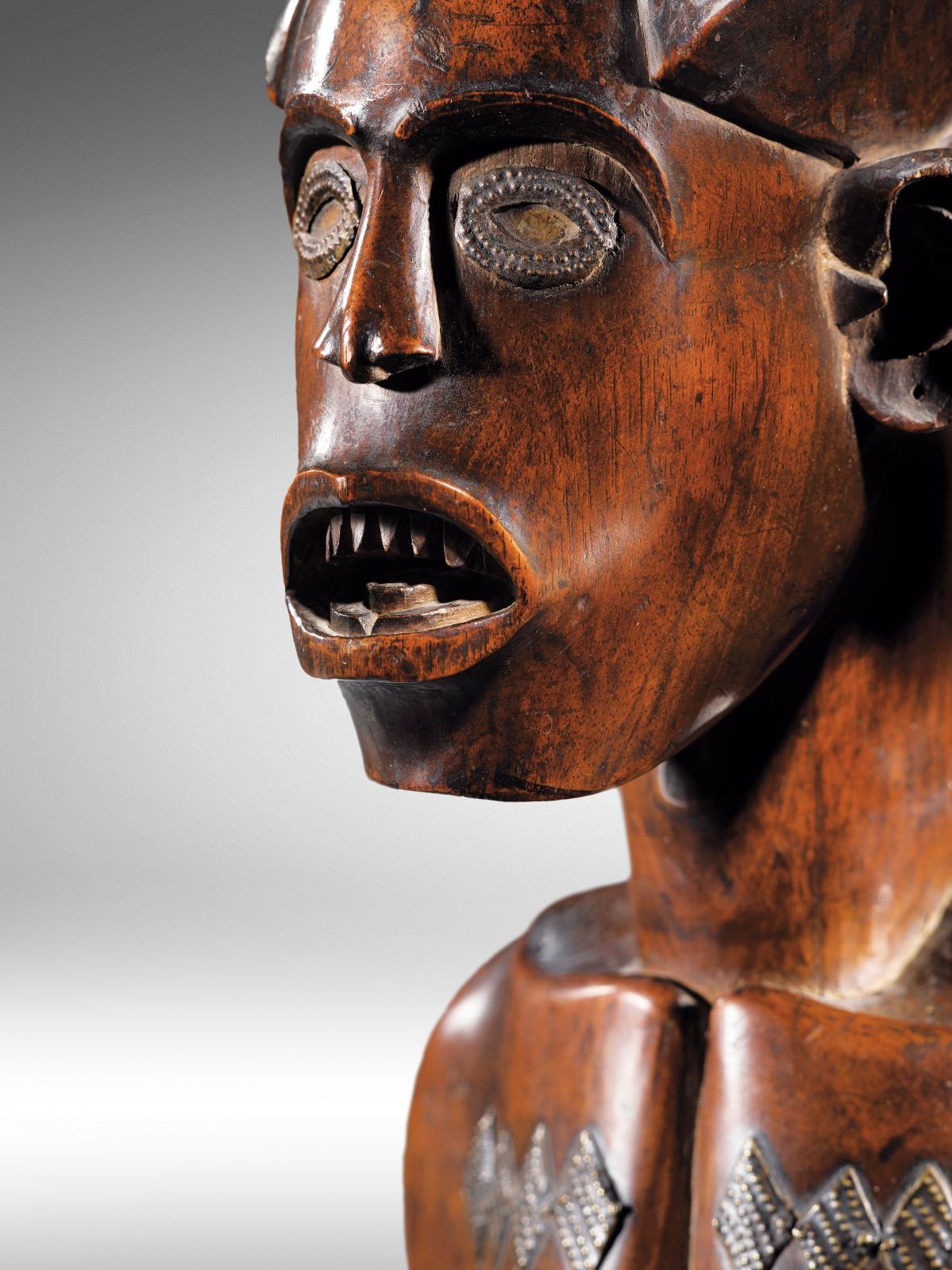 Its reconstruction by the Musée du quai Branly is especially relevant since Félix Fénéon (1861-1944) was the author of a study on "distant arts", published in 1920 under the title: "Seront-ils admis au Louvre?" ("Will they be admitted to the Louvre?") A visionary and pioneer, Fénéon was also an art critic and artistic director of the Bernheim-Jeune gallery. His collection of paintings, sold at Drouot again in 1941 and 1947, included pictures by Seurat, Signac, Matisse, Vuillard, Bonnard, Cross, Degas, Denis, Derain, Braque, Ernst, Gromaire, Laurencin, Luce, Masson, Modigliani, Renoir and Roussel. An incomparable figure half-way between Uncle Sam and Valentin le Désossé, Fénéon was an iconic protagonist in the convergence between the art and literature world and the revolutionary Left, particularly anarchism. This resurrection of Fénéon's non-western art collection starts off by setting the context, with colonial fairs, black music hall reviews and the famous study "Seront-ils admis au Louvre?" Two sections, one devoted to the painter and essayist Lucie Cousturier, the other to the sculptor Émile Compard, shed interesting light on works that are little known, but whose contemporary ramifications are obvious.

A "Wild Jumble"
The core of the exhibition – African, Oceanic and American Indian pieces –, is accompanied by numerous period catalogues and books. As weird and exuberant as a mangrove swamp, but also as grim as an over-documented specialist report, the overkill of this presentation evokes the atmosphere of Drouot sale rooms. "Félix Fénéon - Les arts lointains" aims to address thought-provoking questions: how to do justice to the emergence of a major collection of non-western art, follow its story through a wealth of documents and catalogues, revive the views of the time on the works and the collection, and present a large group where outstanding pieces like the Homme assis, Bembé (Bembé Sitting Man) and the Amerindian "cup" from British Columbia rub shoulders with artefacts of lesser quality – and how to show the way attitudes changed, right through to the terminology, to works seen initially as a "wild jumble" but which gradually achieved the status of universal heritage masterpieces. In the end, this over-ambitious tribute too full of divergent avenues for exploration also seems unduly deficient, because the intuitive ideas put forward remain unresolved. Meanwhile the lighting of the showcases, simultaneously crude and nocturnal, ultimately compromises the staging. But we should thank those who initiated the project for reviving the marvellous figure of Fénéon and his incomparable world. The second show dedicated to this extraordinary man will be staged at the Musée de l’Orangerie in the autumn, when the spotlight will be on Fénéon the intellectual, art critic, artistic director and editor of reviews.