Fairs: A Race for the Good Slots

Given the resurgence of the pandemic and new variants of Covid-19, the art market is reorganizing its agenda for the first half of the year with intensified frequency. Clashes in store. 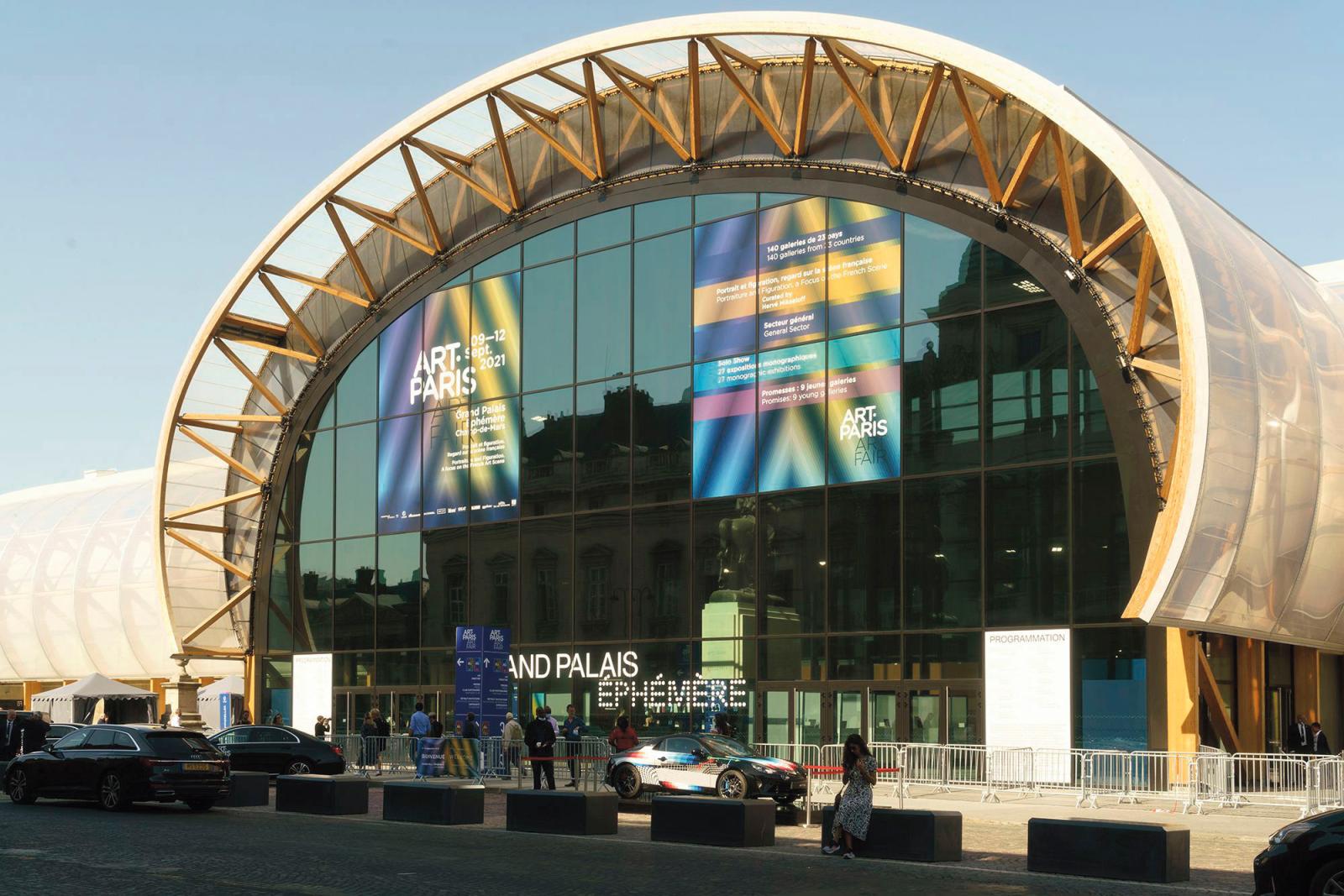 Art Paris, one of the few fairs to have been staged in 2021, is scheduled this year for early April.

Art Paris, one of the few fairs to have been staged in 2021, is scheduled this year for early April.

Before Art Basel's arrival at the Grand Palais Ephémère in October, replacing the FIAC—the earthquake announced for the second half of the year—the art market calendar will once again be disrupted by the pandemic in the coming months. This is particularly the case in Europe. For the moment, on the other side of the world in the United States, events like Frieze Los Angeles in February and Expo Chicago in April are maintaining their dates and targeting more regional clients. Back in Europe, several fairs planned for the first quarter have decided to reschedule and await better days. Planned for the end of January, and normally the first of the season, the Brussels BRAFA has been postponed to June 19-26. In a contemporary register, Switzerland's Artgenève, which follows in its wake, also in late January, has moved this year's edition to March (from 3 to 6). At the gateway to Europe, the March edition of 1-54 Marrakesh has been canceled for this year, as Morocco's borders remain closed due to Covid. This contemporary African art "boutique fair" has been replaced by a smaller-scale event in April at Christie's, in Paris, after a trial run in January 2021. Strength in unity: it will be held there at the same time as Art Paris, scheduled for April 7-10, and PAD Paris, slated for April 5-10 in the Tuileries. While the tendency is to get winter out of the way, the contemporary art fair Arco Madrid is an isolated case in maintaining its "40+1" anniversary edition from February 23 to 27 in the Spanish capital.

However, all is not unremittingly bleak in this sticky start to the year. "Fairs will actually be held in 2022, whereas in 2020, there was practically nothing except Art Paris in September," says dealer Franck Prazan, a specialist in the second Paris school and present at both TEFAF Maastricht and Art Basel. "We are now talking more about postponements than cancellations."

It's still a tricky equation, even if— in contrast with the early days of the pandemic—governments are thinking twice before banning major events like fairs. The order of the day no longer seems to be systematic lockdowns and drastic measures but a preparative approach based on health or vaccination passes, limited numbers and timeslots for visitors. For example, Artgenève could probably have been held in January, as so far neither the federal state nor the canton have taken any measures to ban this type of commercial gathering. But there was still a risk that the authorities would change their minds. In addition, the fair could certainly rely on a pool of local and regional visitors, but it was not certain that all the exhibitors planning to come, many of whom were non-Swiss, would have been able to travel. For gallery owners, the only solution was to adapt to these postponements. "It takes four months to obtain an export license for a fair like Artgenève, because Switzerland isn't part of the European Union," says Franck Prazan. "You also have program freight and your team's movements, all of which involve changes. But in recent years we have learned to make the best of a bad situation."

A Balancing Act
For organizers, it's not as easy as just shifting the date. "Everyone wants to reschedule to the same dates in the same months. But venues have to be available, as well! This is a major problem," says one specialist—because exhibition centers and other venues do not cater for art fairs alone. BRAFA immediately positioned itself in June in a new site, Brussels Expo. "This is the first time we have had to move BRAFA's dates," says Harold t'Kint, president of the Belgian fair. "The calendar remains a thorny problem, rather like an obstacle course. We have to juggle with other events like school holidays and 'more propitious' periods, and these shifts will of course potentially cause clashes at certain times." The stakes are high for antique dealers and representatives of the secondary market, deprived of an international showcase in 2021 with the cancellation of both BRAFA and TEFAF, while in contemporary art, the FIAC and Art Basel were able to go ahead. In June, Art Basel should take place again, this time in its usual slot. Above all, there is a risk of losing some of the most prominent BRAFA exhibitors: TEFAF has just announced that it will be postponed from June 24 to the 30th, following on from Art Basel, held from June 16 to 19. "There may well be exhibitors in common, with dates that are too close together," says Harold t'Kint. "The effect would be dramatic for BRAFA, with 29 of the same exhibitors," says a market player—especially as the two fairs will partly overlap. TEFAF will also be slimmed down: now shorter, lasting seven days instead of the usual eleven, it will occupy a smaller area, which means slightly less generous stands. It will also host fewer exhibitors. And unless the dealers bend over backward, TEFAF is likely to lose several design and contemporary art exhibitors to Design Miami/Basel or Art Basel.

Meanwhile, May looks set to be a busy month in Paris. Scheduled for March, the Salon du Dessin and Drawing Now are banking on spring at its height. "We thought it would be appropriate to give Paris, the capital of drawing, its rightful place in May," says Carine Tissot, co-director of Drawing Now. "We really want to make it a success. We hope to have gotten past the worst by then. Our aim is to have even closer synergies with the Salon du Dessin to shore up international appeal, and make it clear that together we are featuring a hundred exhibitors."

"Reinventing ourselves without the fairs isn't easy," says sculpture dealer Xavier Eeckhout. "It's the only way to find new collectors, and make our customers eager to buy and experience a certain sense of competition. It's just not possible to reproduce this thrill in a gallery."

Against All Odds, Art Basel Will Take Place
Newsfeed
See all news
San Francisco: New Bernice Bing Exhibition
Art Basel Miami is Shaping Up to Be a Memorable Edition
Mexico: Dealer Mariane Ibrahim to Open Gallery
Auction: Marilyn Monroe Is Once Again in the Spotlight
Not to be missed
Fairs