Exquisite Automatons and Treasures of Science

A box with automatons attributed to Frères Rochat and a Maghreb astrolabe top the bidding. 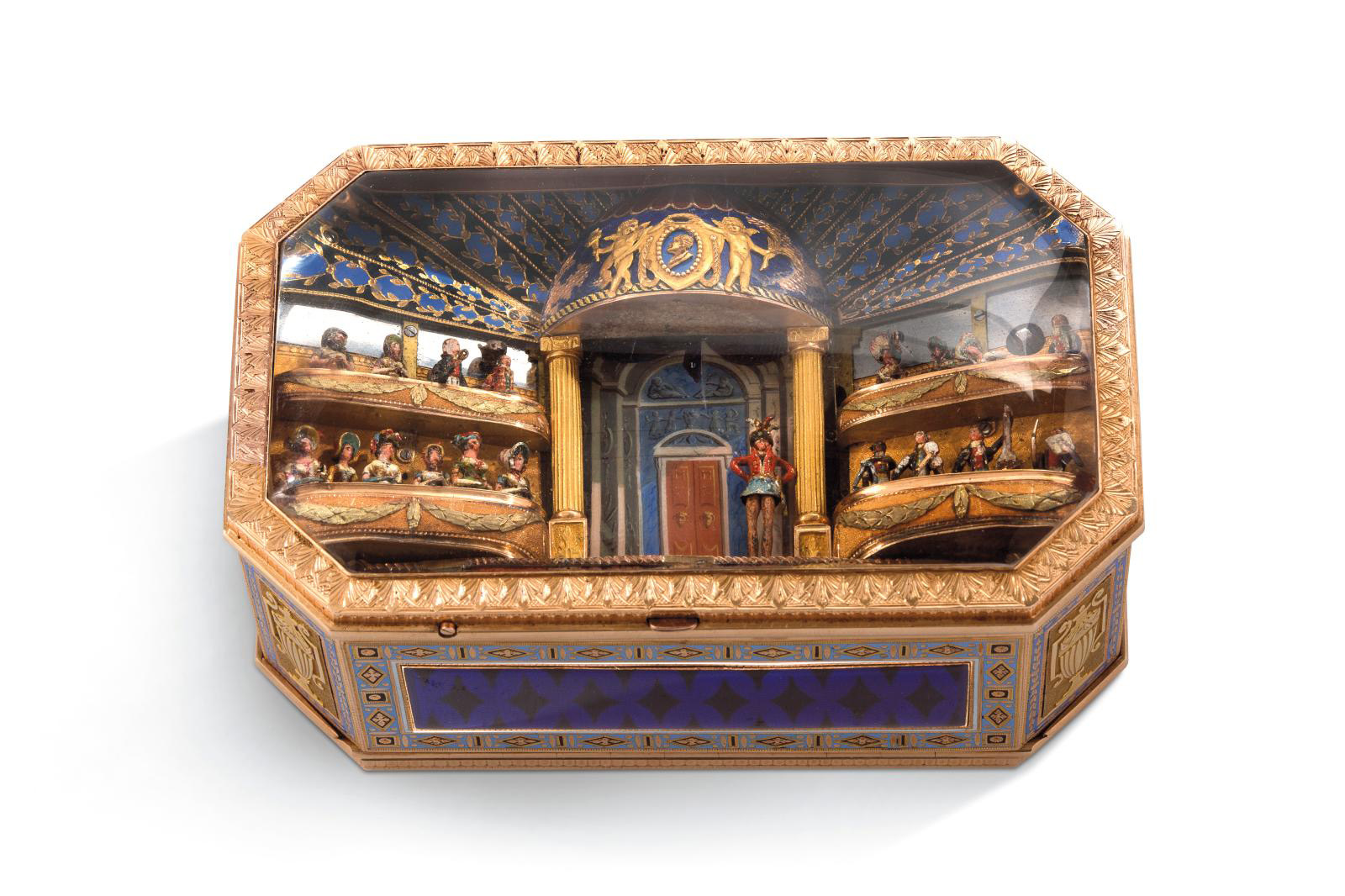 It took two catalogs to present the fine objects in a family collection assembled since the 19th century. This attracted numerous French and foreign collectors, who were highly active online. 92% of the lots found buyers, making a final total of €2.51 million for this sale. Among the exquisite objects that opened the afternoon, this automaton music box attributed to Frères Rochat was keenly awaited, and roundly exceeded expectations, inspiring a battle between five French, British and Swiss bidders all the way up to €392,780 after a high estimate of €150,000. A study of its musical mechanism linked its 58-tooth comb, spring and pin cylinder with pieces made by John Rich, a British goldsmith active at the turn of the 19th century with whom the Rochat brothers collaborated. Watchmaking was also in the spotlight with the €119,600 fetched by an early 19th-century automaton pocket watch made by Louis Duchêne & Fils in Geneva. Another piece by a goldsmith, an impressive powder horn made in Germany in the early 17th century, made €61,100 after a high estimate of €8,000. Still in its leather case encircled in chased silver and veneered with mother-of-pearl, it features gilt decoration with a besieged city on one side and the House of Habsburg's arms on the other. After a ten-minute bidding battle, the hammer fell on €91,000 for the model of a mid-18th century British frigate trimmed in mahogany with a richly carved and gilded panel. Meanwhile, the fame of an 18th-century Maghreb instrument maker, Muhammad al-Battuti (by whom only about twenty pieces are referenced) finally garnered €175,500 for this fine-sized bronze and brass signed astrolabe of 1728 (dia. 7 in).

Five Hundred Years of Clocks and Watches in One Collection