The new director of the Rencontres Internationales de la Photo d'Arles is focusing his first edition on highly topical subjects including questions of identity, with the accent on a multifaceted view of photography as a medium. 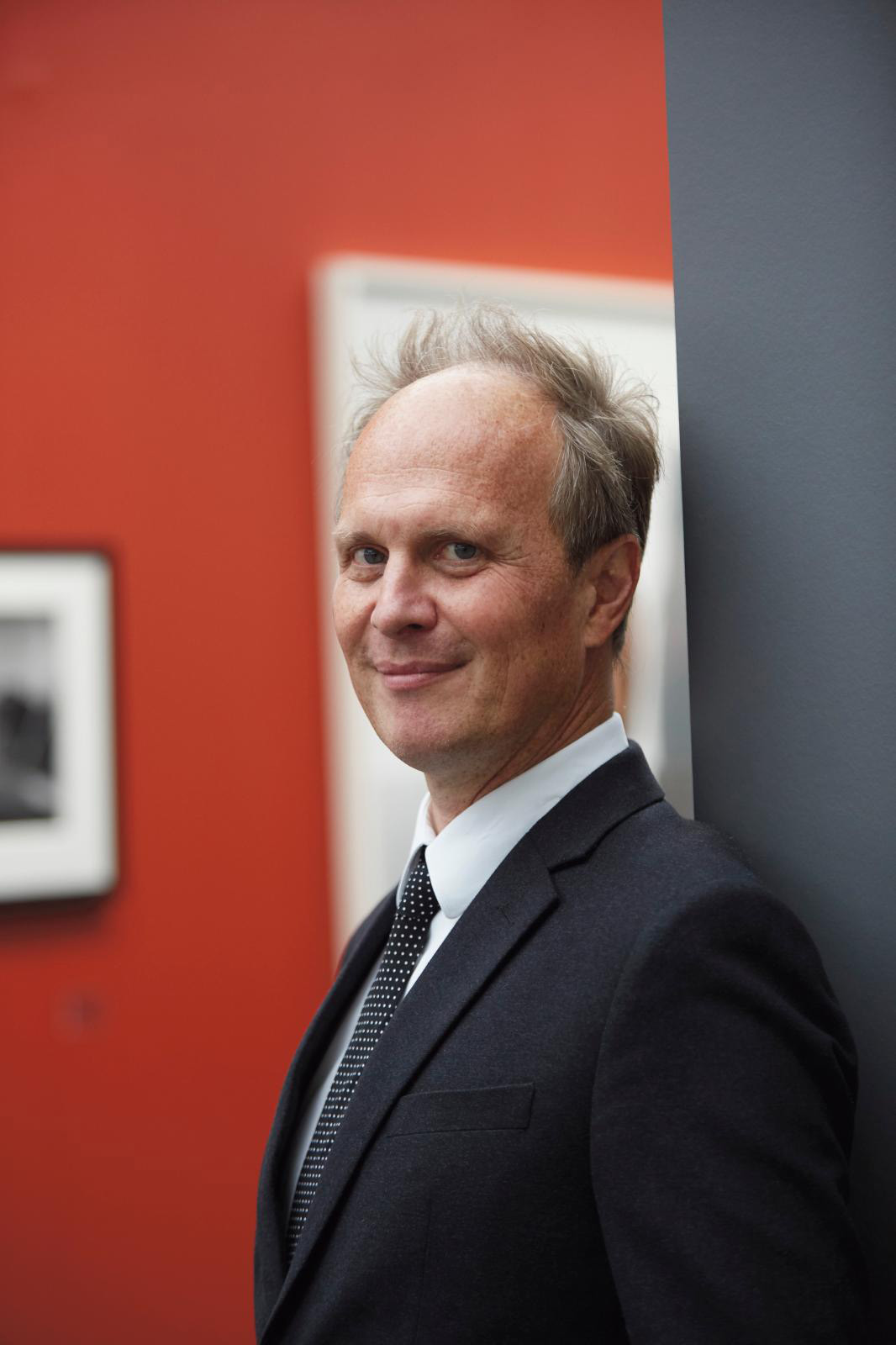 How did the transition between directors take place after 2020, when the festival was limited to two evenings at the Théâtre Antique?
With Sam Stourdzé, the handover period was rather short, because of Covid-19—but it never crossed my mind to start again from scratch. I felt it important to build on the festival's foundations and preserve the spirit of Arles while including new perspectives. What makes the Rencontres so rich is its amazingly wide gamut. And I want to maintain the balance between past and present, the familiar and the new.

With twenty-odd exhibitions, the 2021 edition is less extensive than previous ones. Is this because of health constraints?
Partly, yes, because some venues are too small or labyrinthine. To compensate, we are going to involve more gardens, like the one near the railway station, already used in the past, where there will be three exhibitions. We're also moving into a new garden near the Théâtre Antique, where large prints of North Korea by Stephan Gladieu will be exhibited in a way that puts visitors in the photographer's shoes. But the idea of a smaller festival fits in with my approach anyway. I prefer fewer exhibitions so that people can spend more time on each one; it's deliberate so that we can do even better than before.

How do you see your role as director?
I want to maintain connections between one year and the next. If themes are recurrent, they can be explored in greater depth. This is certainly so with questions of womanhood and identity, where there's still a lot of ground to cover. I'm also open to what's going on, and to opportunities. For instance, we are presenting a new retrospective of Sabine Weiss, who was awarded the "Women in Motion" prize last year by the Kering Foundation and the Rencontres d'Arles for her entire career. When I went to visit her in order to select the photos now entering the Rencontres collection, I thought it would be a pity not to make the most of this, provided we focused on her career from a fresh angle—so we have renewed the selection of images, films and personal documents regarding her and her work.

Part of the 2021 program is based on the 2020 edition that didn't happen. How did you go about it?
I decided to develop or rework certain projects that seemed vital to me. We saw the situation as a way to take advantage of this extra year. So the Charlotte Perriand exhibition on photomontage took on another dimension through new research on her archives—for example, the curators found magazines she had brought back from two trips to the USSR in the 1930s. Likewise, I wanted to reorient the exhibition on Jazz Magazine to give it more context, the idea being to focus on the 1950s to the 1970s: a time of racial segregation in the United States and decolonization in Europe. Lastly, with South African photographer Pieter Hugo, the series initially planned for Mexico has since appeared in magazines, and is no longer a first-off. So we've agreed on another project that has never been shown, which he has been working on for a long time: twenty years of portraiture.

The theme of identity is very present. Does this reflect current events or is it a form of commitment?
We are all pretty much echo chambers of the present time and, like seismographs, we record its vibrations. We can't pretend George Floyd's death and the pandemic didn't happen. The programming certainly reflects this. But, beyond current events, questions of identity of all kinds have fascinated me for years. For instance, at Paris Photo we created a circuit for women photographers.

How will this theme be tackled?
Through various visions and practices. To start with, I drew on the Barbican Center's group exhibition "Masculinities, Liberation through Photography", which Sam Stourdzé had preselected. I decided to expand the theme from there, particularly with Clarisse Hahn and her work on the "Princes of the Streets", because it's important to show the perception of artists working in France as well. I also wanted to address transgender issues. SMITH was an obvious choice, because his work is philosophical and metaphysical, going far beyond this subject alone. Finally, I devised the group exhibition "The Black Vanguard" involving the new generation from the US, Europe and Africa. The idea is to highlight these talents, who focus on the links between art and fashion photography.

Does this edition, which presents a broad view of photography, with visual artists, installations and performances, reflect your idea of the medium?
The time when artists had to choose a single medium is long gone. In the 1990s, Lewis Baltz already saw that his students considered themselves artists, not just photographers. What matters is to have ideas, first and foremost. Many of them work with virtual reality, which opens up other fields for them.

The Discovery Award is being presented in a prestigious downtown location for the first time. Is the idea to make it a centerpiece of the program?
Yes: installing this selection of ten emerging artists—including some with more established careers—in the Frères Prêcheurs church is a way of highlighting the importance of a festival like Les Rencontres as a springboard. This is why there will now be a new exhibition curator each year, who will contribute his or her point of view on the rising generation. The initiative will go hand in hand with new staging, with a system of reusable panels responding to ecological and economic concerns. Over the years, Les Rencontres have developed curatorial and research grants, residencies, and exchanges with other countries. I hope to continue in this direction.

What other areas of development do you envisage for the festival?
Arles will remain a festival of exhibitions, encounters, exploration and experimentation, but the emphasis will be on its potential for interpersonal relations. The goal is to intensify links with the institutions of cities participating in the Grand Arles Express—Avignon, Marseille, Mougins, Nîmes and Saint-Rémy-de-Provence—and to stimulate this network by setting up more interaction between our programs. Arles itself is moving into a new phase with the opening of the Luma Foundation, which has also set up workshops and residencies. We have a mutual desire to collaborate and work in complementarity. It's a long-term project I'm keen to develop year after year.