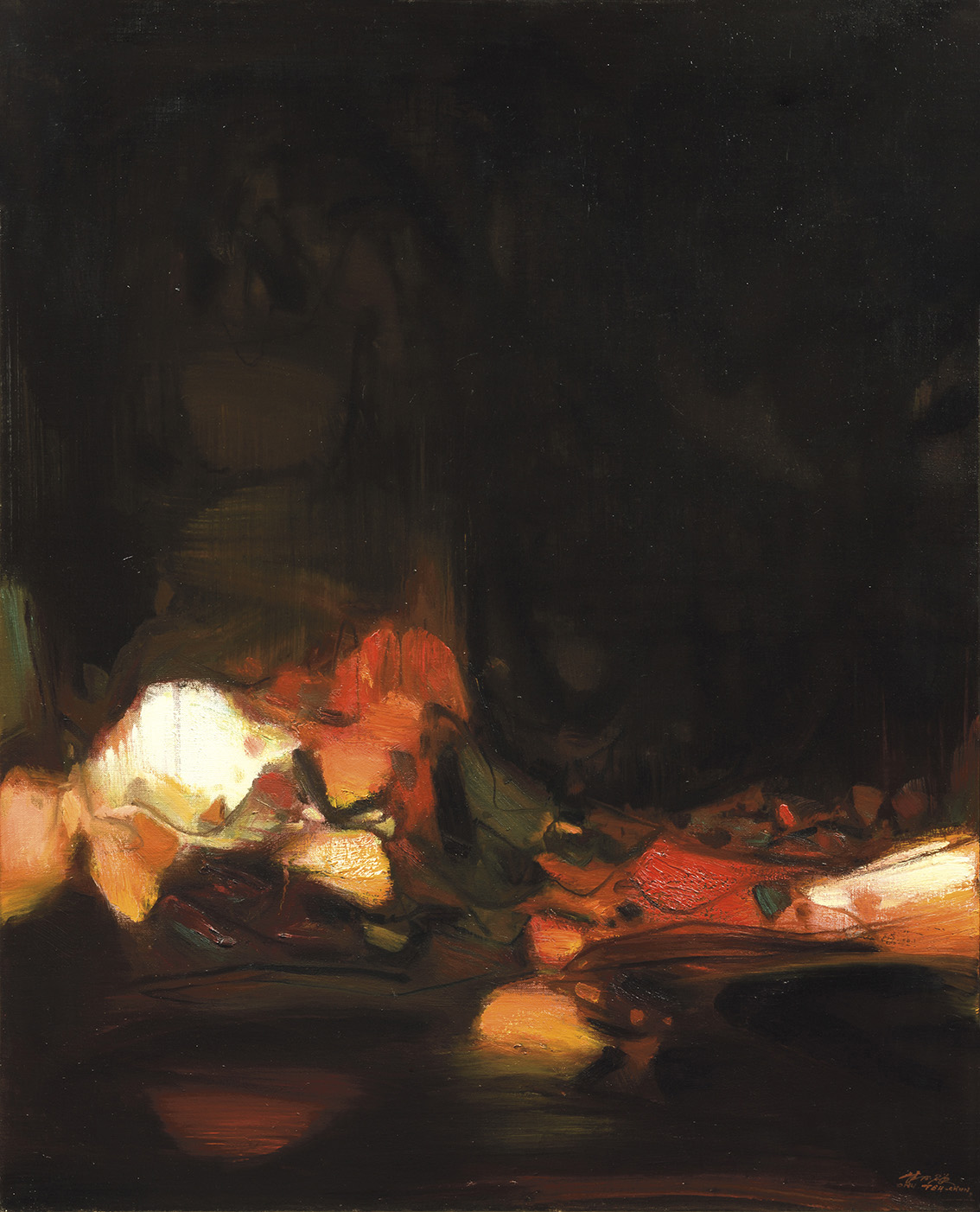 After moving to France in the spring of 1955, Chu Teh-Chun (1920-2014) had been there already for fifteen years seeking answers to his highest aspirations and pursuing his own path, when he embarked on a new artistic endeavor: the study of light explored by the great European masters he so admired, Rembrandt first and foremost. He was deeply moved by his work, which hit him like a thunderbolt during a stay in Amsterdam in 1969. During the 1970s, the artist was often described—with good reason—as a bridge between modern Western art and that of millennial China, reflected deeply in the chiaroscuro in paintings of intense and even magnetic power. He also showed that though still strongly inspired by the work of Nicolas de Staël, whom he discovered in 1956 in Paris at a retrospective at the Musée National d'Art Moderne, he also looked to the great painters of the past. This painting, entitled 23.9.1978, demonstrates this with a brilliance that duly attracted a fine bid of €381,000. Not only are the reds, ochres and oranges ablaze, as we would expect, but—surprisingly—so are the blacks, expressed in various shades, as his brush imbues the whole piece with life. By skillfully superimposing the layers of oil, he achieves the effects of transparency permeated by an incandescent glimmer. There is no empty space in this picture. The eye is never allowed to rest; it is compellingly captured—just like its new owner.