While diamonds were undoubtedly the most dazzling stars of this sale, this clip inspired by China and Japan had distinct appeal for collectors. 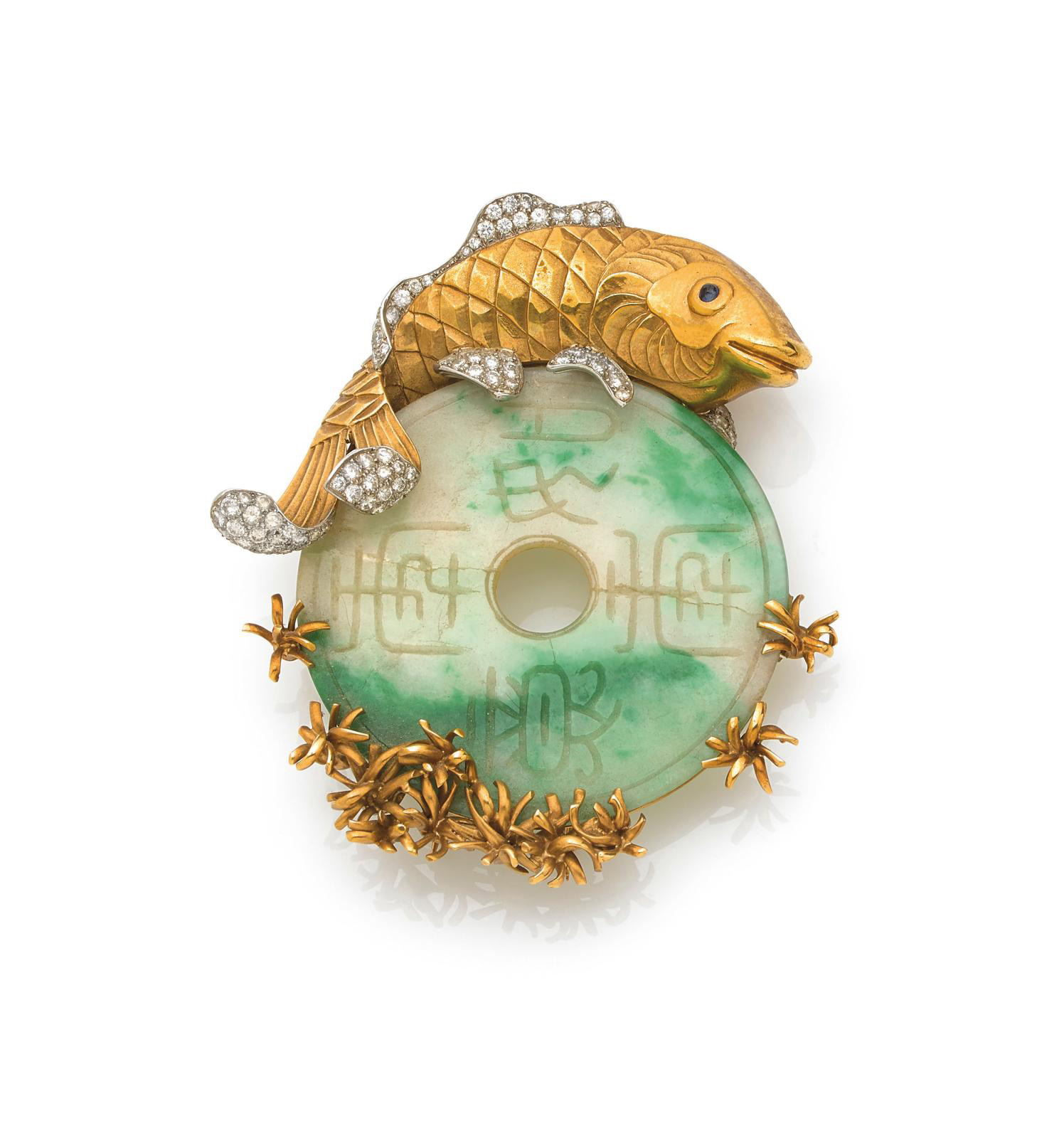 While the finest diamonds lived up to expectations, headed by the €114,400 garnered by a 5.27 ct brilliant with E color, VS2 clarity and no fluorescence, mounted on platinum and white gold by Boucheron between princess-cut diamonds, this Cartier carp leaped up to €93,578 after a high estimate of €15,000. The vogue for Japanese jewelry developed in the mid-19th century, alongside the company founded in 1847 by Louis-François Cartier, whose sign announced a "production factory of costume jewelry, fashion and novelty": three characteristics certainly found in this clip inspired by the Far East in terms of both material and shape.

It is made of jade: an iconic stone for the Chinese, who considers it more precious than gold. It has been polished into the shape of the "bi" disc, as it has been done since the Neolithic period. This object of worship, initially linked with shamanic rites, symbolically associated with heaven, and which eventually became a good luck charm worn hanging from the belt, has been produced for thousands of years with no variations apart from its engraved ornamentation. The object here lacks any decoration, and thus perfectly highlights the carp surmounting it. Reputed to live a long time, this fish is a symbol of good fortune; in Japan it stands for perseverance, courage and wisdom. The designer Charles Jacqueau created the first Cartier pieces evoking an idealized Asia, whose exoticism embellished its jewelry until the 1920s. The company also found inspiration in the arts of Islam, a subject to which the Musée des Arts Décoratifs is devoting an exhibition until February 20. The exhibition will cross the Atlantic to the Dallas Museum of Art in 2022.