A mysterious network of thousand-year-old troglodyte tunnels lies beneath a Renaissance château in the heart of Anjou. 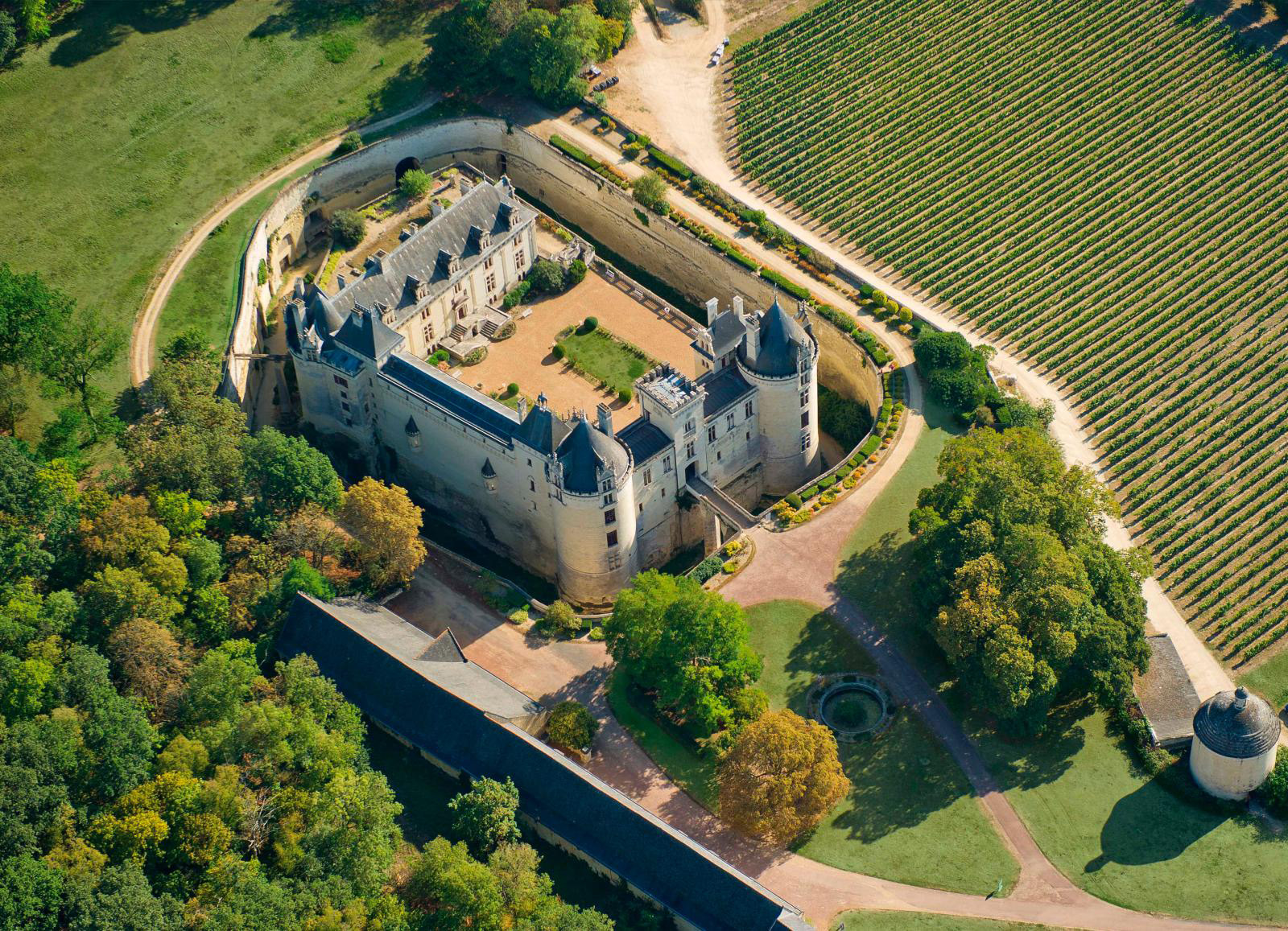 The Château de Brézé stands on a limestone base in the kind of peaceful, typical Loire Valley vineyard landscape extolled by French Renaissance poet Joachim du Bellay. A listed historic monument since 1983, it belongs to French statesman Jean-Baptiste Colbert’s descendants and has welcomed nearly 100,000 visitors each year for over two decades. The elegant landmark was mentioned as early as the 11th century and underwent many changes up to the 19th century. Today it is one of the most visited sites in the Maine-et-Loire department in the Loire Valley.

In the Middle Ages, lords vied with each other in ingenious ways to protect castles and strongholds and make them safe havens during epidemics, invasions and harsh winters. Architects who designed 20th-century panic rooms to protect celebrities and wealthy owners from unexpected intrusions have nothing on the creativity of their illustrious forerunners at Brézé. Nearly 249 miles (400 km) of tunnels hewn out of tufa stone run up to 36 feet (11 m) deep beneath the château, making it Europe’s largest underground fortress. In the event of a siege, all the residents could shelter underground accompanied by soldiers, their families and even their horses, as there were plenty of stables, troughs and barns. Kitchens, bread and sugar ovens, as well as a barnyard full of chickens and pigs, enabled the besieged inhabitants to live self-sufficiently for several months at a steady temperature of 54°F (12 °C).

A Composite Château
You might think this a little paranoid, and maybe it was—but extremely effective, for over 900 years, the Château de Brézé (first mentioned in 1063 in the Abbey of Saint Florent’s charter) was never taken. In addition, historians have found evidence that the troglodyte tunnels were inhabited up until the 13th or 14th century—proof that the owners easily adapted to this astonishing way of life. But why did they only start building a castle on the surface after four centuries of living underground? It's a mystery, for it was only in 1448 that Gilles de Maillé-Brézé obtained the right from Duke René I of Anjou to fortify his castle and establish a garrison there. The first building was erected using stones from the estate. Their removal enabled an impressive 59 foot (18 m) deep dry moat—still the deepest in Europe—to be dug out. A particularly sophisticated defense system, attesting to the château’s importance in the history of Anjou, features a spectacular underground drawbridge, among other curiosities. Expanded in the 16th and 17th centuries, the tunnels are full of rooms, each more surprising than the last, including a natural ice-house dug into the rock, a silkworm farm and a grape press room. Nowadays, only 4,900 feet (1,500 m) can be visited of the 301,400 square feet (28,000 sq. m) of original tunnels and spaces under the vineyards caved in over the centuries.

Upon arrival, visitors are struck by the classical elegance of the three wings surrounding the main courtyard, built by Arthus de Maillé-Brézé in the late 16th century to host a visit by Charles IX and his mother, Catherine de' Medici. While the southern section, which is the oldest, was built in pure Renaissance style, the central wing with its seven-arched gallery and the north wing, which houses the château’s entrance, were redesigned in a highly elaborate neo-Gothic style. The building is covered by the equivalent of 2.4 acres (1 hectare) of spectacular slate roofing typical of the region.

A Prestigious Line of Owners
Standing in the heart of a huge park, half of which is blanketed by vineyards (Crémant de Loire, Saumur, Saumur-Champigny, etc.), the Château de Brézé has boasted a legion of eminent owners in its long life. In the 17th century, it became the property of the Grand Condé, cousin of Louis XIV and nephew by marriage of Cardinal Richelieu. In 1682, it passed into the hands of the family of Dreux-Brézé, who was made marquis and the king’s Grand Master of Ceremonies by Louis XIII, a hereditary position that passed from one generation to the next between 1701 and 1830. Incidentally, the difficult task of organizing the Estates General meeting in 1789 at the behest of Louis XVI fell to the 20-year-old Henri-Evrard de Dreux-Brézé. It was to him that the revolutionary Mirabeau uttered the famous words, “Sir, go and tell your master that we are here by the will of the people, and will leave only at the point of the bayonet!” The position of the king’s Master of Ceremonies was abolished by the Revolution but restored under the Restoration before being finally replaced by the Ministry of Foreign Affairs protocol department early in the Third Republic. The Dreux-Brézé family lived in the château that bears its name until 1959 when, by marriage, it became the property of Count and Countess Jean and Karine de Colbert, direct descendants of Louis XIV’s minister.

In recent decades, the couple has undertaken major work to preserve this gem of French history. In 2006, the large indoor gallery, which served as a reception room in the 19th century, was ambitiously restored in a neo-Gothic style designed by trompe l'oeil painter Amaury de Cambolas, who brilliantly rose to the challenge—because, though designed in 1863, this part of the château had never been finished, and large stretches of wall remained covered in white plaster. The operation was a nod to Pierre-Luc-Charles Ciceri (1782-1868), a Paris set designer who in 1838 was commissioned to decorate the dining room in a comparable style. In the Richelieu Room, where the cardinal slept, oak paneling covers the walls and surrounds a fireplace repainted in the 19th century in a neo-medieval vein, while Restoration furniture adds to the troubadour spirit. The ultimate pride of the owners is an outstanding late 18th-century billiard table, the exact twin of Marie-Antoinette's at the Petit Trianon in Versailles. The Colberts’ priority is to preserve the family legacy so that it can be handed over to the nation. “We are only passing through,” says Jean de Colbert.

Oriane Beaufils: Anchoring the Château de Fontainebleau in Modernity
Not to be missed
Cultural Heritage