Blessed are the Middle Ages

The sale took place under the protection of an image of an enthroned Christ raising his hand in benediction engraved on a rare copper plaque and included two preemptions by the National Museum of the Middle Ages in Paris. 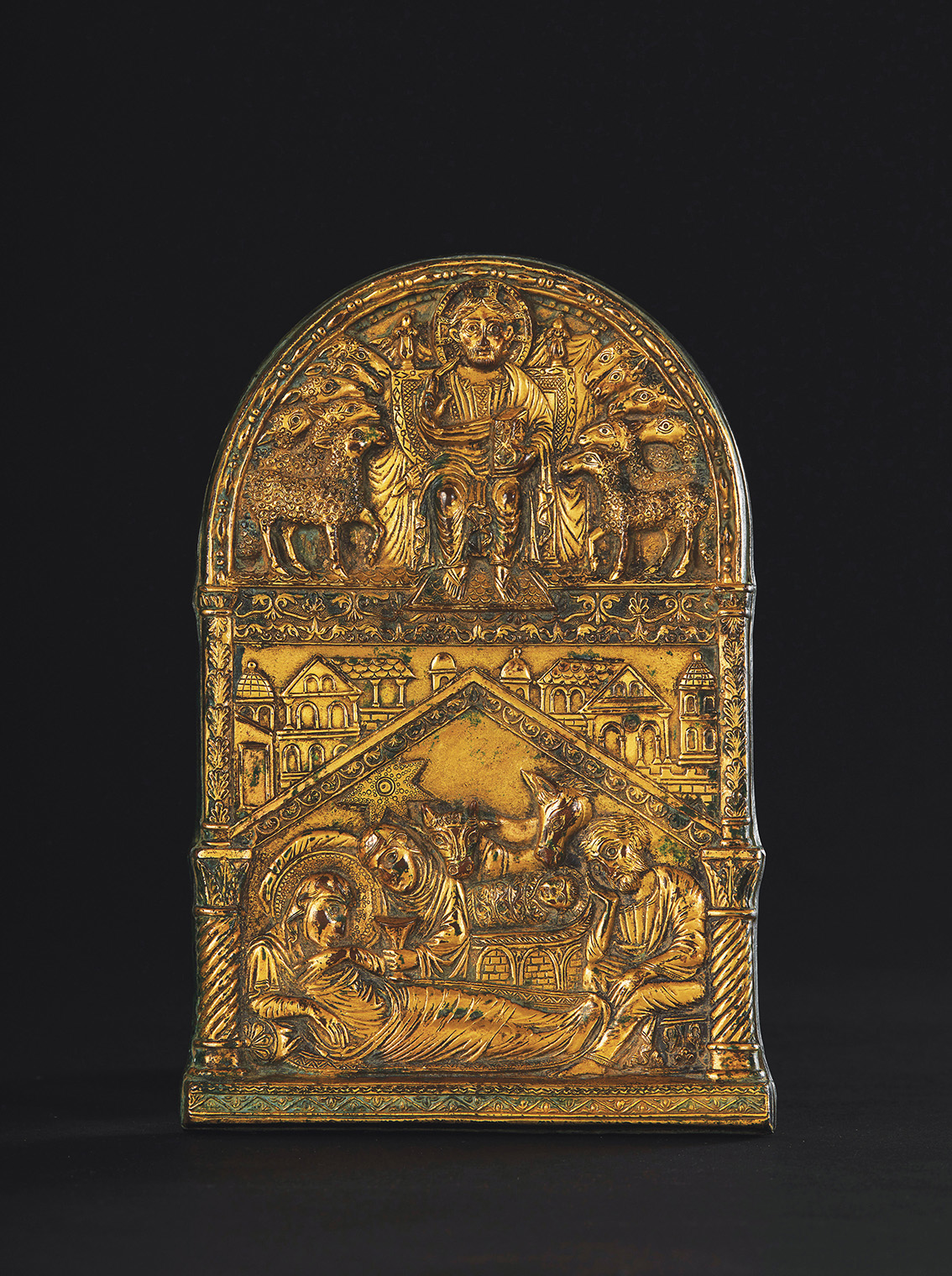 After receiving a letter from the French Ministry of Culture, two extremely rare, unprecedented mid-12th-century stained glass windows from the abbey church of Saint-Denis were withdrawn from the sale, which proceeded normally. Right at the start, a curved plaque in chased and gilded bronze engraved with scenes from the life of Jesus on several registers fetched €123,500.

A Nativity scene fills the lower part with architecture symbolizing Jerusalem, while an enthroned Christ blesses a flock of sheep on the tympanum. This extremely rare piece made sometime between the 9th and 11th centuries is either Carolingian or, more likely, Byzantine: its stylistic features seem to have borrowings from both cultures. Its use has not been clearly identified: the attachment on the back suggests a kiss of peace, but those devotional objects did not appear until the 13th century. The plaque, perhaps a unicum, raises as many questions as it has qualities. In any case, it is the product of the lettered medieval Europe that created so many masterpieces.

The Cluny Museum jumped at the chance to preempt two pieces from the High Middle Ages, including a war-horse from perfidious Albion for €57,200. The engraved, enameled champlevé copper plaque featuring the owner’s coat of arms—in this case the barons of Zouche, one of England’s oldest peerages—was sewn onto his horses’ harnesses. The Parisian museum has all the time it takes to ascertain whether these are the arms of Alan la Zouche (1267-1314), whose dates and biography make it the most likely match. Then, for €8,060, the museum acquired a lantern-shaped reliquary pendant (h. 8.8 cm, 3.47 in) depicting Christ above three knights pointing their weapons at him. This religious piece of jewelry set in chased silver was made in Southern Germany, perhaps Nuremberg, in the 1500s.