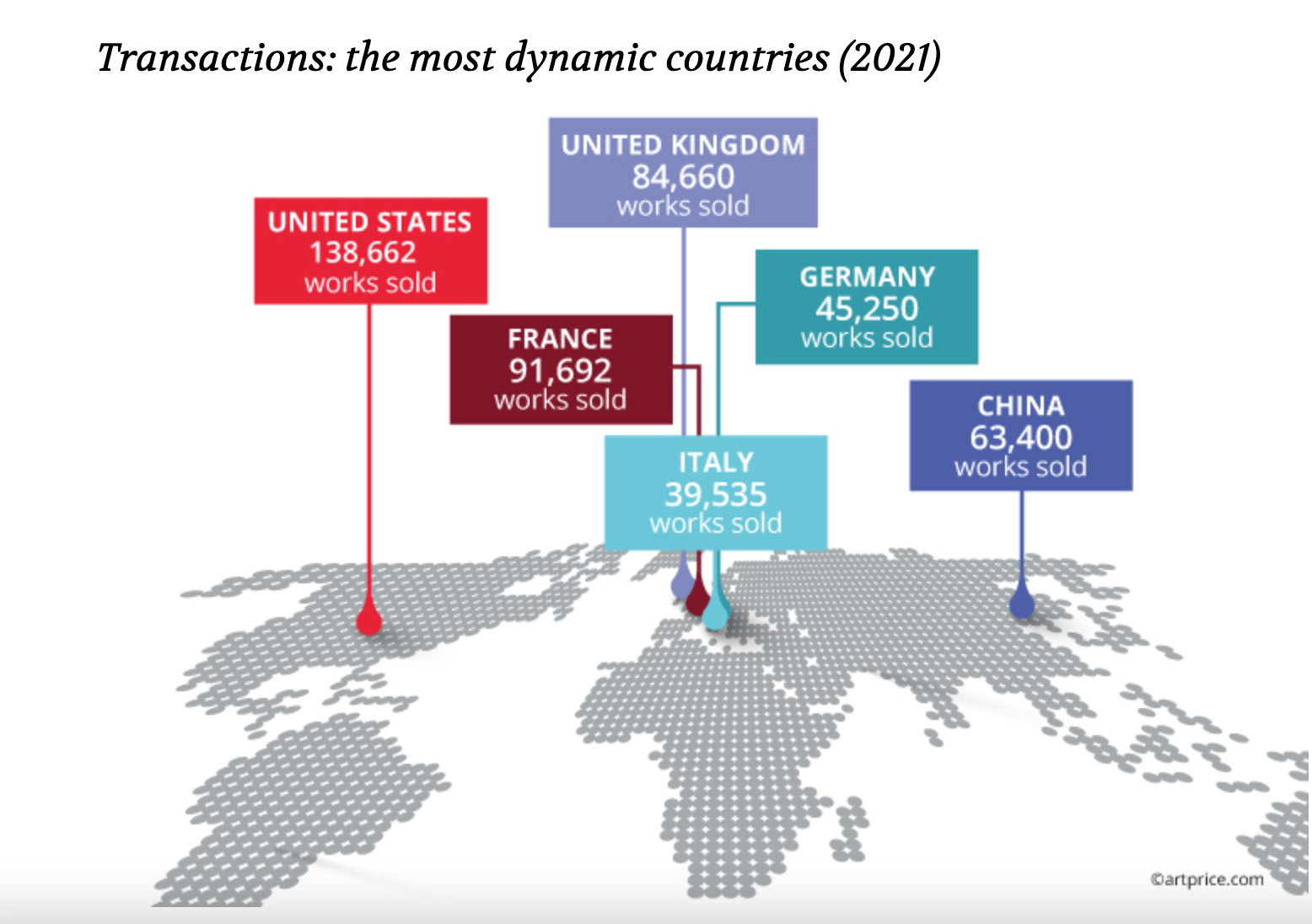 The report confirmed the good health of the contemporary art sector, which now accounts for 20% of fine art auction sales, up from 3% in 2000. With 663,887 lots sold worldwide, the art market reached the record figure of $17.08B, a 60% increase over 2020, which was a slow year, admittedly, but 28% compared to 2019, which was a good one. The unsold rate reached a record low, 31%, which, says Artprice director Thierry Ehrmann, is justified by “a draconian selection process with auction houses that are ruthlessly choosing sales and the virtual impossibility of dealing with forgers.” Unsurprisingly, China continues its meteoric rise. Totaling $5.95B (including Taiwan and Hong Kong), it barely edged out the United States ($5.7B). Between them, they account for 35 and 34% of the global market, respectively. On the other hand, sales in the United Kingdom fell by 10% compared to 2019, a consequence of Brexit, says Mr. Ehrmann. Still, it posted $2B in sales, twice as much as France, which takes consolation from breaking through the billion-dollar mark for the first time. The United States still ranks first in the number of works sold (138,662), followed by France (91,692), Great Britain (84,660), China (63,400), Germany (45,250) and Italy (39,535). The market is the strongest it has been since 2020, but unfortunately must face the consequences of the war in Ukraine, some of which are unknown.

Art Market Overview: The Consecration of Claire Tabouret
Newsfeed
See all news
We Are on Break for Our Annual Summer Hiatus - Back in August! Happy Summer
A Michelin Star for the Museum of Modern Art in Fontevraud
World Record for the French-Danish Painter Gerda Wegener
Canadian Indigenous Groups Ask Vatican to Return Cultural Artifacts
Not to be missed
Market Trends