Although facing competition from Berlin Gallery weekend and, to a lesser extent, Art Monte Carlo, the Brussels Fair closed its doors on a rather cheerful note. 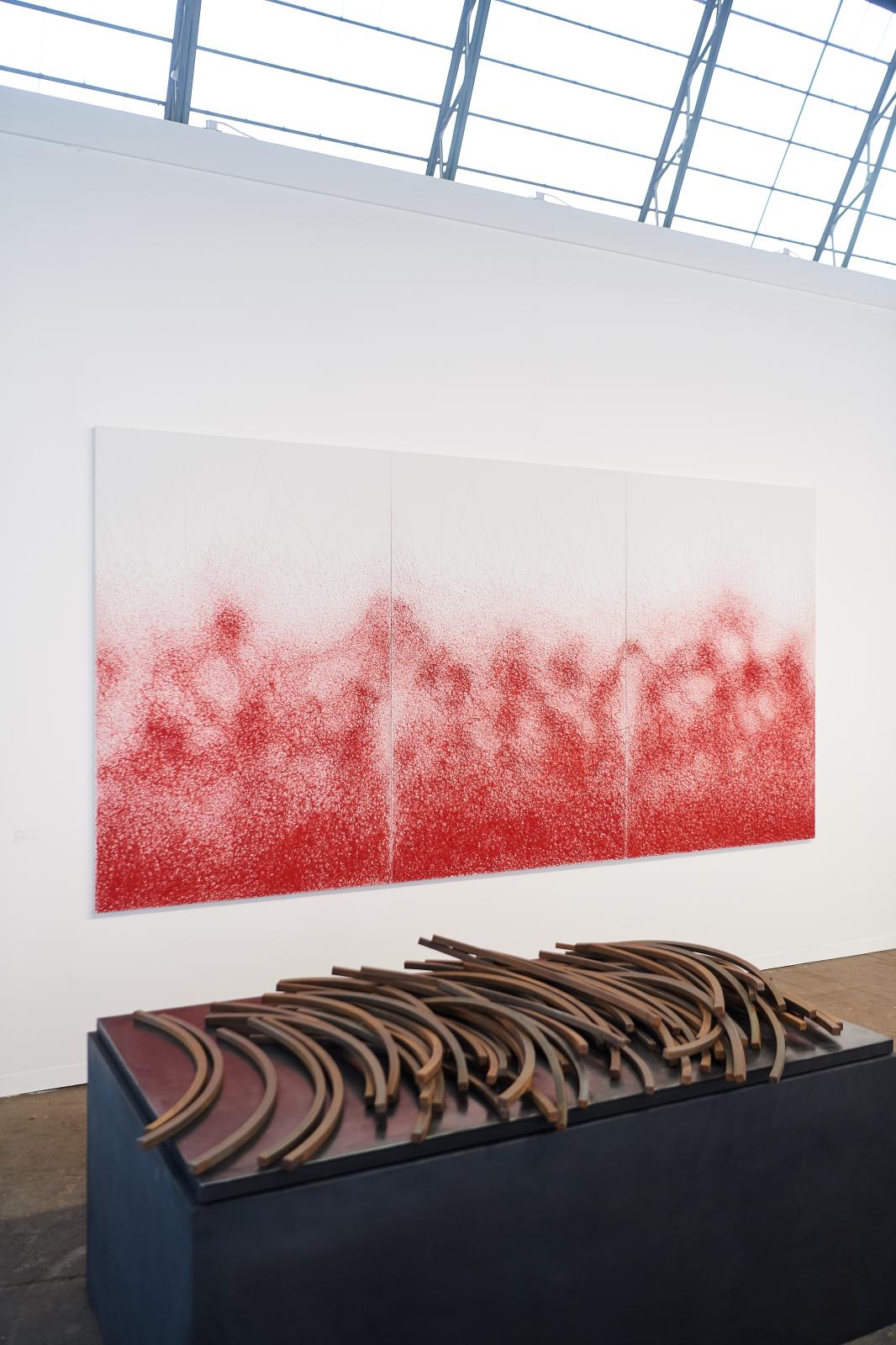 The participants, especially those from Germany, were worried about the show coinciding with the Berlin Gallery weekend. "It would certainly make sense to change the dates. But which ones to choose? The calendar is so crowded," says Parisa Kind, from the gallery of the same name. "Sales were lower than we expected," the gallery owner adds, "but you can’t blame the organisers, who are doing their best. I think there are too many players running after too few collectors. There's not much left for little ones like me.” She sold three works by Hannes Michanek fetching around €2,500 and one for €25,000 just before closing. Even if they left empty-handed, other gallery owners were satisfied. "The works we presented were ‘difficult’”, says Luca Barbeni. “Selling wasn’t necessarily our main goal. I’m confident we’ll make some sales in the coming months. Our gallery (NOME) won the Discovery Prize."

Young Buyers
There were many sales at many exhibitors, especially for the most affordable works. Mario Ferreira da Silva (Lehmann + Silva) could not be happier. A real sell-out!" He presented a solo show of João Gabriel's paintings, between €1,600 and €16,000 each. "This is our best Art Brussels in seven years. We’ve sold about 20 works by each artist," says Steve Turner, who offered Hannah Epstein's textile murals and Kevin McNamee-Tweed's ceramics, reasonably priced between €500 and €3,500. Jeanine Hofland, from Althuis Hofland Fine Arts, said she "met many new collectors and curators, including foreigners, as well as many young buyers. She placed works from €1,000 to €14,000. Paid by the artist - whose concept ("the artist pays the stand") intrigued visitors and the press - presented a solo show by Yannick Ganseman, where the pieces sold for between €2,400 and €4,840. Ernst Higer, on the other hand, became involved with a very important new collector, "who will follow our African artists." Olivier Vrankenne (OV Project) confided enthusiastically: "Bernard Blistène (director of the Musée National d’Art Moderne-Centre Pompidou, editor's note) and Hans-Ulrich Obrist (artistic director of the Serpentine in London, Ed.) loved my project, 1919-2019: Cut-Copy-Paste!", which associated works on the stand based on collage. The gallery sold one work by Max Ernst, one by Martin Kippenberger, four major works by Ettore Sottsass, two works by Richard Nonas, three by John Stezaker and Paul Lee, one work by Virginia Overton, one by Pierre Charpin, six works by Nathalie Campion, five by Philadelphia Wireman, one by Francis Picabia, two works by Gerrit Rietveld, one by Max Bucaille and several works by Louise Lawler between €5,000 and €150,000. This bodes well for next year. "What I like about Art Brussels is that it really analyses the feedback from exhibitors and visitors and then acts accordingly,” says Harlan Levey, who sold 20 works ranging from €2,300 to €85,000. “The fair improves year on year. We can't wait for 2020!”