A Painting by Lee Ufan Makes its Debut at Auction

Over forty years after it was produced, a work typifying the Korean artist's formal explorations is appearing on the market for the first time. 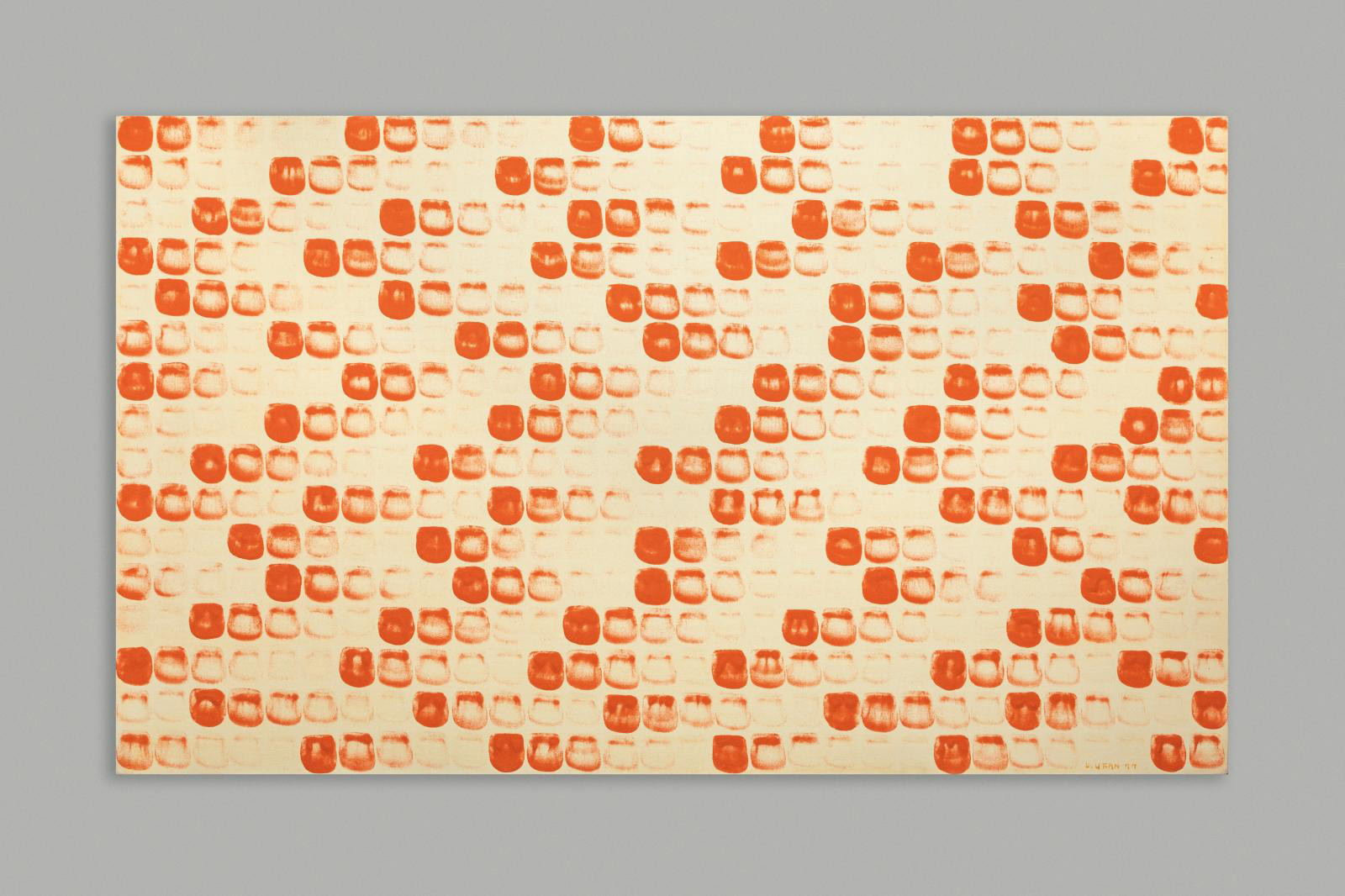 Revealed to the public in 2019 in a magnificent retrospective at the Centre Pompidou-Metz ("Lee Ufan. Inhabiting time"), the Korean artist's challenging work is back in the spotlight, this time in the auction room. This red-letter event came about through the amazing rediscovery of a painting entitled From Point (in Paris) no.770122, a work that seems to encapsulate Lee Ufan's entire aesthetic and philosophical thinking in a few dabs of orange pigment.

Spotted by Emmanuel Layan in an attic in the Cognac region while conducting an inventory of a collection of paintings in storage, the piece "had a singular destiny closely linked with its owner's career," says the auctioneer. It is the story of friendship that began in 1976 when Lee Ufan exhibited his paintings at the Spectrum Gallery in Antwerp. There he met a French artist, with whom he soon developed such strong bonds that in 1979, the artists decided to swap two of their works. The painting here (dated 1977) thus became part of the young painter's personal collection. In the early 1980s, however, the Frenchman abandoned his artistic career and stored From Point (in Paris) away with his own works at his home in the department of the Charente.

For forty years, the composition lay virtually forgotten in limbo, despite being part of one of Lee's most iconic series: From Point. He produced several of these works between 1970-1980, depositing a mixture of mineral pigment, oil and glue on the canvas dab by dab, like points punctuating the virgin space. At the same time, he worked on a complementary series, From Line, where lines extend from the edge of the canvas until they fade out.

The artist explained this formal duality with an axiom: "The point exists. The line lives." He then affirmed his membership of the Japanese avant-garde group of artists Mono-ha ("the school of things"), who confronted natural and industrial materials to show the interdependence between these elements and the surrounding space. Above all, Lee Ufan, inculcated with Asian philosophy, sought to draw the viewer's attention to the empty space through the repeated motif's cycle of appearances and disappearances. For, as he puts it, "what there is to see is what you don't see."

The Art Paris Fair Inaugurates the Grand Palais Ephémère
Newsfeed
See all news
Surprise Result for a Chinese Vase at Drouot
Georg Baselitz Sculpture Goes On Display at the Institut de France in Paris
Unesco: Audrey Azoulay Reappointed Director
Refresh, A New Contemporary Art Program in Brittany, France
Not to be missed
Spotlight
Eugène Dodeigne: The Apostle of Pure Form
The Walking Man recently left La Piscine, a museum in Roubaix, where…
Spotlight
The Studio of Frans II Francken and the Wedding at Cana…
Belonging to a long line of Flemish artists, Frans II Francken (1581-1642) asked…
Spotlight
The Finest Empire Silverware in One Collection
Doctor Vincent had a real passion for the French Empire and more…
Spotlight
The Composer Claude Debussy by Jacques-Émile Blanche
This portrait of Claude Debussy by Jacques-Émile Blanche, the star…