This Virgin and Child is sure to start a fierce bidding war. It attests to the artistic ties between Brabant and Castile during the reign of the Catholic kings. 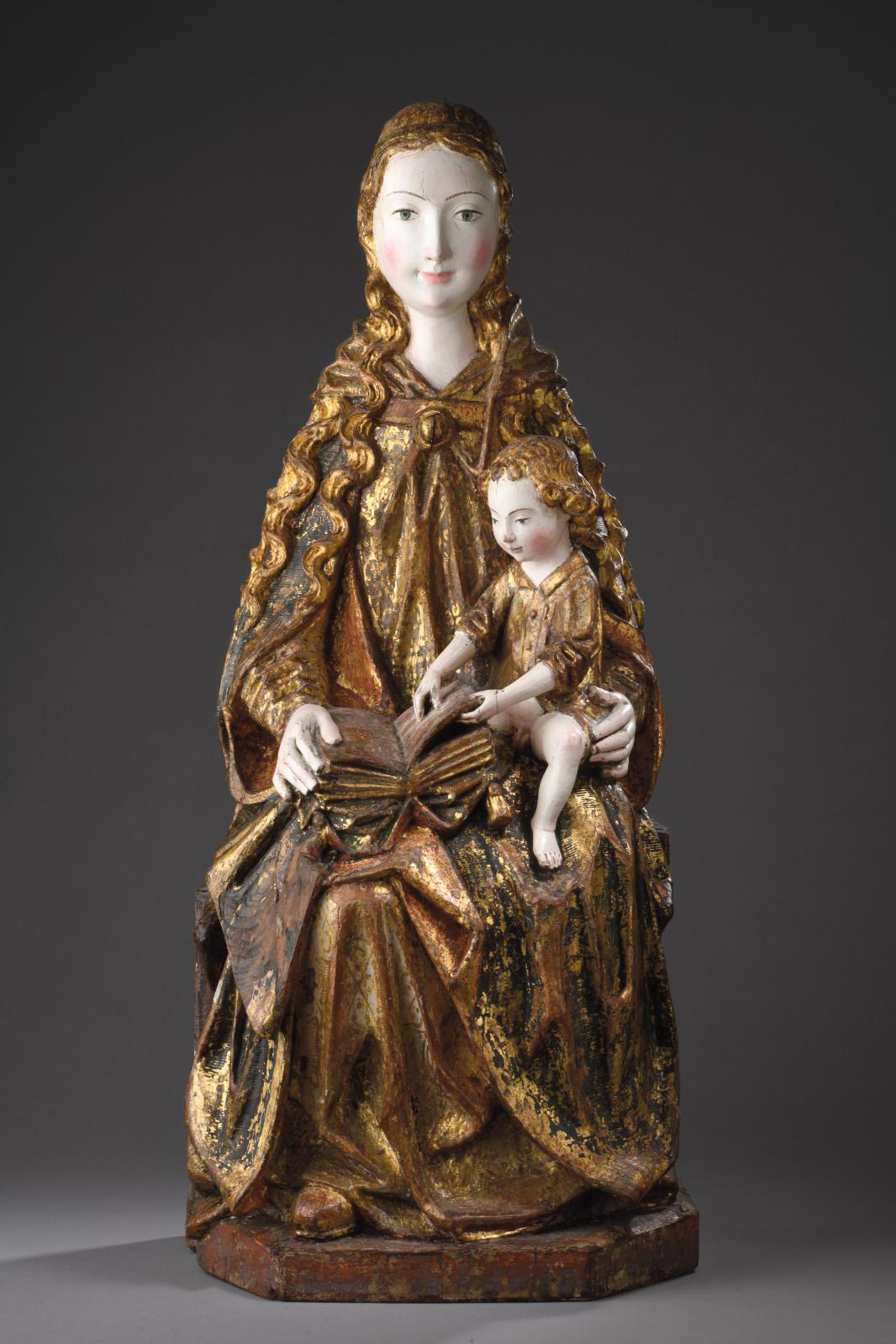 It is hard to say whether this group was carved in Flanders and sent to Spain to be painted, gilded and inserted into an altarpiece or made in Castile by a Flemish artist living on the other side of the Pyrenees. The work combines canons typical of Mechelen, such as Mary’s gentle expression and youthful face, with Castilian Late Gothic technical and stylistic details. The Virgin sitting on a fairly modest throne-bench as Jesus in a long, open-fronted shirt leafs through a book with all the joy and innocence of childhood are other clues to the artist’s origins, while the polychrome and an estofado technique – the application of gold leaf covered with paint that is then scraped to reveal the precious metal underneath – are characteristic of the Castilian School.

Many different kinds of artworks, from altarpieces to tapestries and sculptures, attest to the contacts and exchanges between the Southern Low Countries and Spanish cities such as Burgos, Toledo, Valladolid, and Rioja in the 14th century. One of the earliest examples is a sculpture by Rogier Van der Weyden (1399 or 1400–1464) named the Durán Madonna after its owner, Pedro Fernández Durán, who gifted it to the Prado Museum in 1930. Also called The Madonna in Red, it shows the calm Virgin holding Jesus on her lap, wearing a long white shirt and leafing through a book or manuscript. Known during the artist's lifetime, the work was copied by painters and sculptors in Spain. So was the iconographic detail of the Child, whose garment reveals his genitals to highlight the son of God’s human nature and make him more relatable. His mother, who is still in a hieratic position, seems lost in her premonitions of the Passion, while the smiling Child leafs through the book of his destiny. What fate awaits this work with Flemish roots from a Spanish collection? Perhaps its new owner will be a collector in the English-speaking world. The question will be answered in a few days.