This imperial couple is the highlight of New Yorker Michael Ayervais' unique collection of traditional Japanese dolls, known as ningyos. 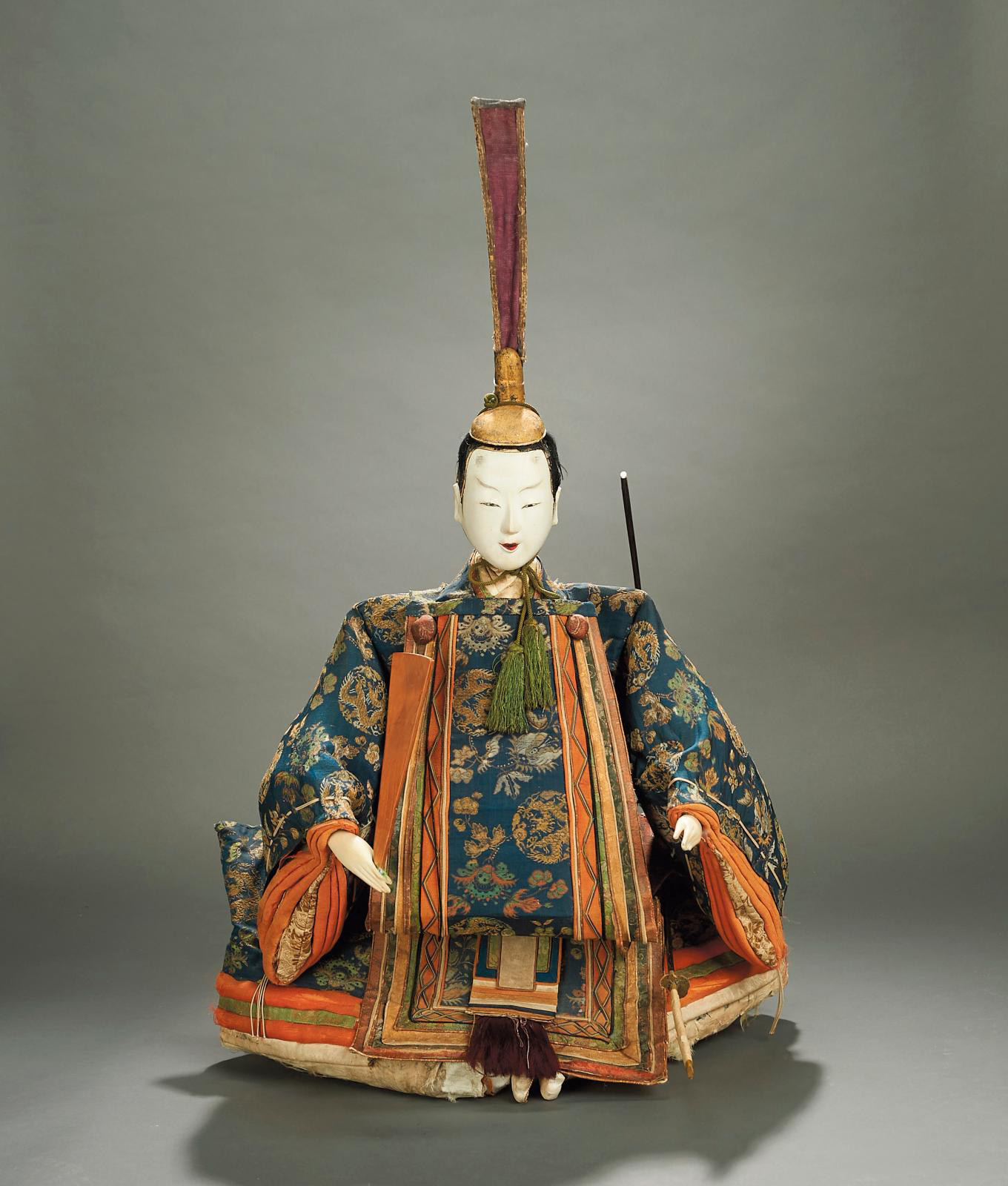 With wooden heads sporting real hair, these two mid-18th century dolls dressed in silk brocade, with a twelve-layer dress for the empress, are examples of Kyoho-bina. These effigies of imperial couples are offered as gifts on Hinamatsuri, or "Doll Day": a religious festival honoring little girls. On March 3 each year, Japanese girls display their precious dolls—"ningyos"—, representing figures from the imperial court of the Heian era. Ningyos, made during the Edo period between the 17th and 19th centuries, also took the form of mythological characters, warriors, heroes and ordinary people. They served as spiritual guides, gifts, souvenirs of celebrations or memorial objects for families.

Their expressive faces and high-quality craftsmanship charmed Michael Ayervais, whose impressive ningyo collection is now being sold by Theriault in 178 lots. The photographer accumulated hundreds of specimens in his Manhattan apartment, not only collecting but also restoring and selling them. His passion was ignited in the 1990s at the stand of an antique dealer at Park Avenue Armory. "The Japanese didn't consider them works of art; they were part of their lives," he told the press in 2015. "Each piece has its own history and mythology [...]. The ningyos are truly the soul of Japan. This was what other art forms gravitated around." The pair here has been exhibited on several occasions in New York (at the Metropolitan Museum of Art, the Japan Society and the Asian Art Fair), as well as at the San Diego Mingei International Museum, Florida’s Morikami Museum and the Las Vegas Art Museum. The collection also features in the book Ningyo: The Art of the Japanese Doll by Alan Scott Pate (Tuttle Publishing, 2005).