Glittering success for an elegant piece typical of the jeweler's style in the 1930s. 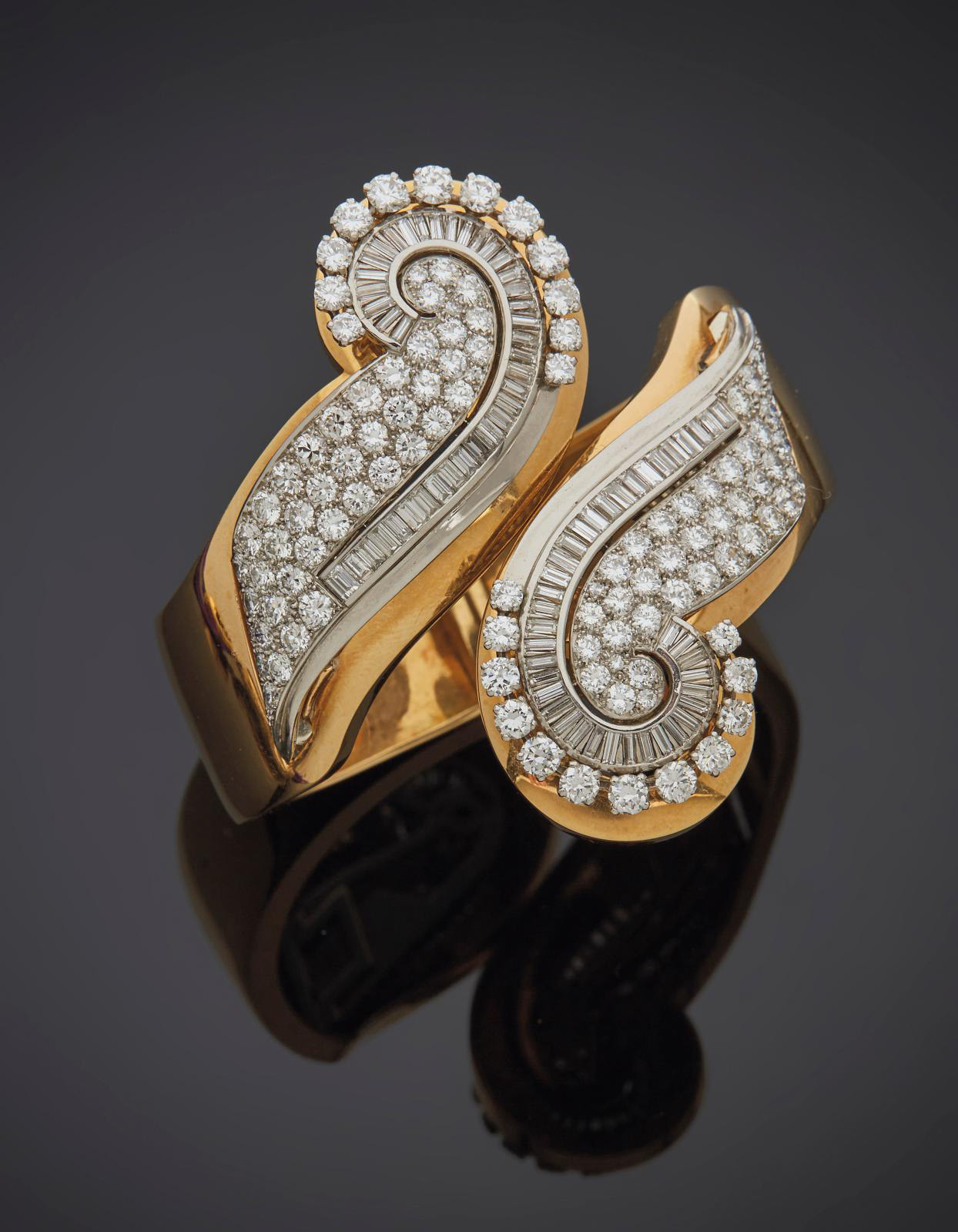 René Boivin (born in 1893) needs no introduction as the creator of bold, original jewelry that has been delighting elegant women since 1890. Although its founder died prematurely in 1917, his name lives on, perpetuated by women of great vision and talent. As we know, his wife Jeanne (1871-1959), sister of the couturier Paul Poiret, had the smart idea of hiring a young newcomer, Suzanne Belperron (1900-1983), who introduced the refined geometric codes of Art Deco. She left in 1932 and was replaced the following year by Juliette Moutard (1900-1990). This new designer gradually imposed her mark through her imaginative jewelry full of movement, as illustrated by this gold open bangle adorned with two removable platinum motifs entirely set with diamonds in the form of an "S"—which, as a little luxury bonus, can be used as lapel clips. Considerable artistry, which garnered €127,400.

The Grand Comeback of the Biennale: The French Fair
Newsfeed
See all news
Boston: the Museum of Fine Arts is banking on NFTs
Timothy Taylor Opens Larger Space in Tribeca
Preemption: A "Silver" Sugar Bowl Go to Sèvres
London’s National Gallery Marks Bicentenary With Van Gogh Exhibition
Not to be missed
Lots sold

With two preemptions, a world record and a total result exceeding...

A French Record for Georges Mathieu, a Father...

Many international bidders vied for this eagerly anticipated painting...

Red and Gold for Vietnam, Blue and White for ...

This sale of fine jewelry in the Var, in southern France, recalled...