A "Type Plots" Bookcase by Perriand in Saint-Lô

This iconic piece by Charlotte Perriand set the modernist tone of a collection in a house furnished by a husband and wife. 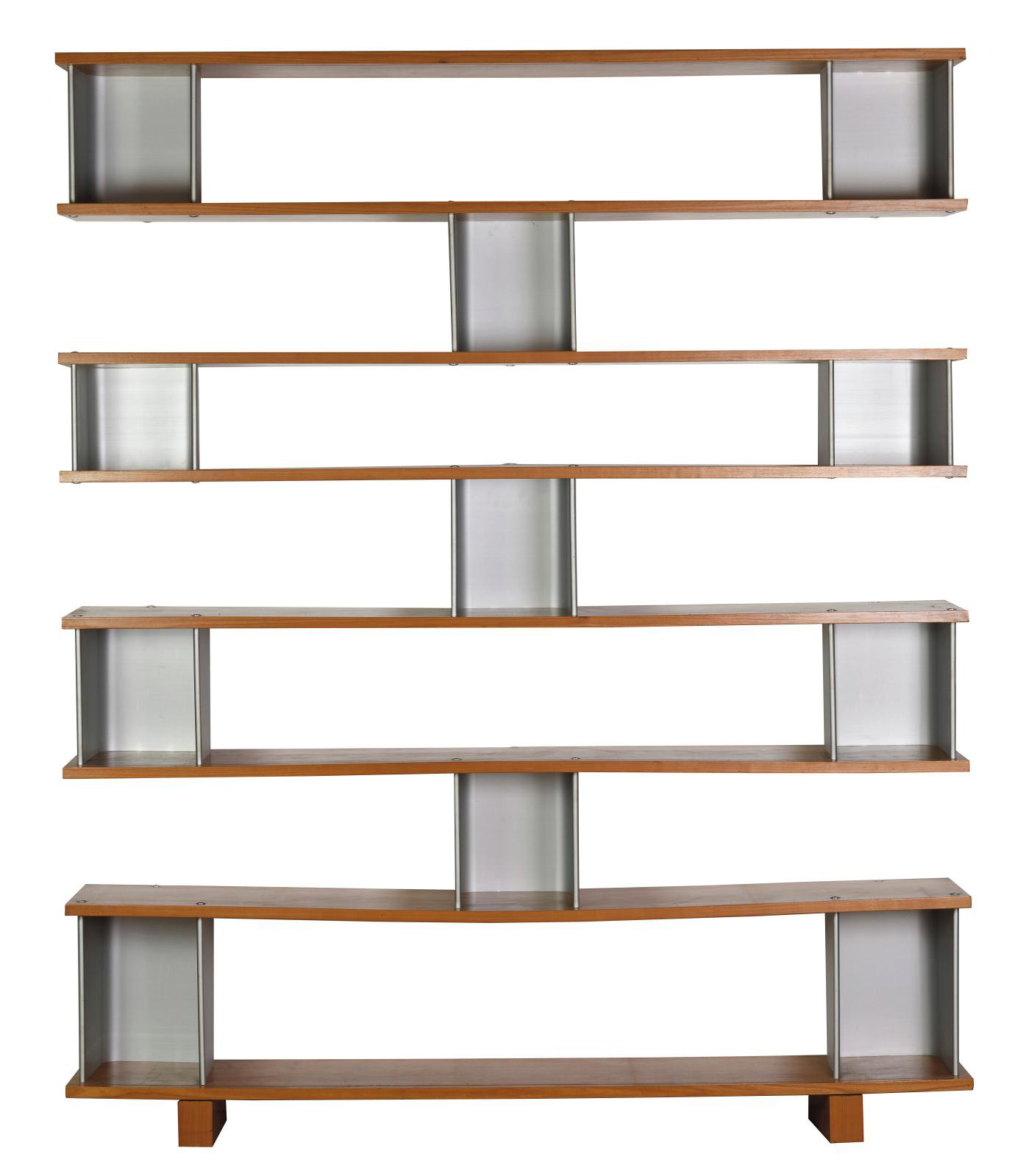 This monumental bookcase was one of the masterpieces of the highly uniform collection assembled by Monique and Michel Guibert in Saint-Lô. This characteristic creation by Charlotte Perriand, known as the "Type Plots" bookcase, won over yet another connoisseur, who was willing to pay €168,000 for it. The bookcase is made up of eight shelves in veneered cherry wood and eleven shelves in sheet aluminum, which rests on two removable wooden legs. Produced between 1956 and 1970 by Steph Simon, the modular piece here was a version bought directly from the gallery owner in 1959.

Also featured were various designer lights used to illuminate each room of the house, like the iconic G30 "Cerf Volant" (“Kite”) floor lamp by Pierre Guariche, dated 1958. This piece (h. 147.5 cm/58 in) is made of a white perforated sail-shaped sheet metal piece supported by metal rods and was honored with a winning bid of €10,560 after a high estimate of €6,000.

A Modernist Collection Starring a Bookcase by Charlotte Perriand

Alberto Giacometti in Search of Capturing the Essence

Sentou Collection, 75 Years of Design and Discoveries
Newsfeed
See all news
Paris: Open House at the Père Lachaise Workshops
Preemption: Romanelli's "Justice" Is Heading the Musée du Grand Siècle
A Diamond Cross Pendant Fetches €673,100 at Drouot
London: Will the "Portrait of Omai" Enter the Collection of the National Portrait Gallery?
Not to be missed
Lots sold