“Surrealism Beyond Borders” at the Tate Modern, London

“Surrealism Beyond Borders” at the Tate Modern in London maps the inherently transnational nature of the movement from Cairo to Cuba. 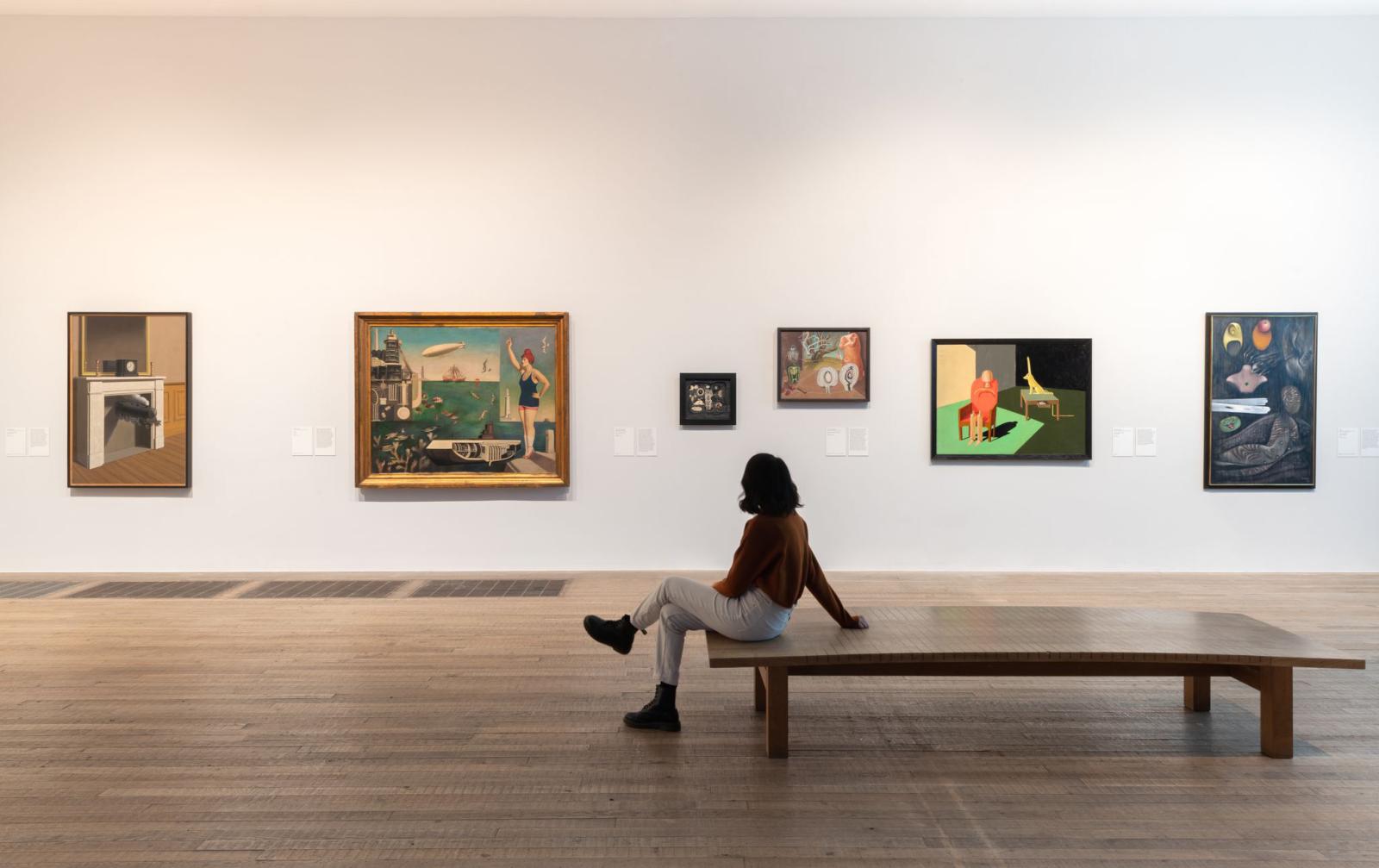 “Surrealism Beyond Borders”, traveling from The Metropolitan Museum in New York, captures the global impact of the Surrealist movement and challenges the view that it was a purely European phenomenon. In the opening wall text, the curators establish their approach towards a truly global exhibition through avoiding nationalities, denying a singular narrative and disregarding linear chronologies. The ambition reflects an increasing tendency in museum and curatorial practice to think transnationally rather than from a purely Western viewpoint, which has previously dominated this field. It is a very laudable approach, but it remains to be seen how successful this exhibition’s efforts were. The exhibition is a mammoth undertaking with over 150 works from 50 countries spanning 60 years. Therefore, in number, geographies, and timespan it fulfills its intent. However, taking these statistics aside, from the first room of the exhibition onwards, the non-linear approach already felt slightly confusing. And there was a sense of the curators trying to emphasize the characteristics of Surrealism throughout the show with unclear wall color allocations and floating artist quotes as if to convince the viewer why all the works belonged together. Nonetheless, the opportunity to discover underrepresented artists alongside household Surrealist names was magical. Alongside the well-trodden surrealist themes of poetry, revolution, the uncanny, and dreams, the exhibition is punctuated with convergent places.

The most successful convergence point is Mexico City in room 10, which captures the collective spirit and fun the artists had together in this time and place. It is especially commendable how the female surrealists, who formed a strong community in Mexico, are celebrated and exhibited together. Remedios Varo’s triptych (1961), reunited for the first time in sixty years, reveals masterfully painted fantasy worlds telling mysterious stories from her Catholic upbringing. The anthropomorphic and bizarre creatures in Gunther Gerszo’s Los dias de la calle Gabino Barreda (1944) and Leonora Carrington’s Chiki, ton pays (1944) really capture the spirit of the “marvelous” and mysterious occult lifestyles that these artists cultivated in Mexico. This exercise in transnational curating ties together so many artists and themes that it becomes an unruly patchwork of global Surrealism. Successfully defying Western art historical hierarchies, it spotlights underrepresented artists, who deserve more attention and focus. This balanced display of well-known and lesser-known artists unfortunately sometimes results in a chaotic hang of incongruous juxtapositions. In mapping networks of global surrealism, the show is inclusive to its detriment with numerous unmemorable pieces partially outweighing the value of the many phenomenal pieces. “Surrealism Beyond Borders” is an example of quantity over quality: it has an admirable mission to curate global art history, but it reveals a still experimental methodology that does not yet quite work.