Deck: The Exoticism of Colour

These elephant vases by Théodore Deck are typical of the 19th century ceramist's inventiveness. 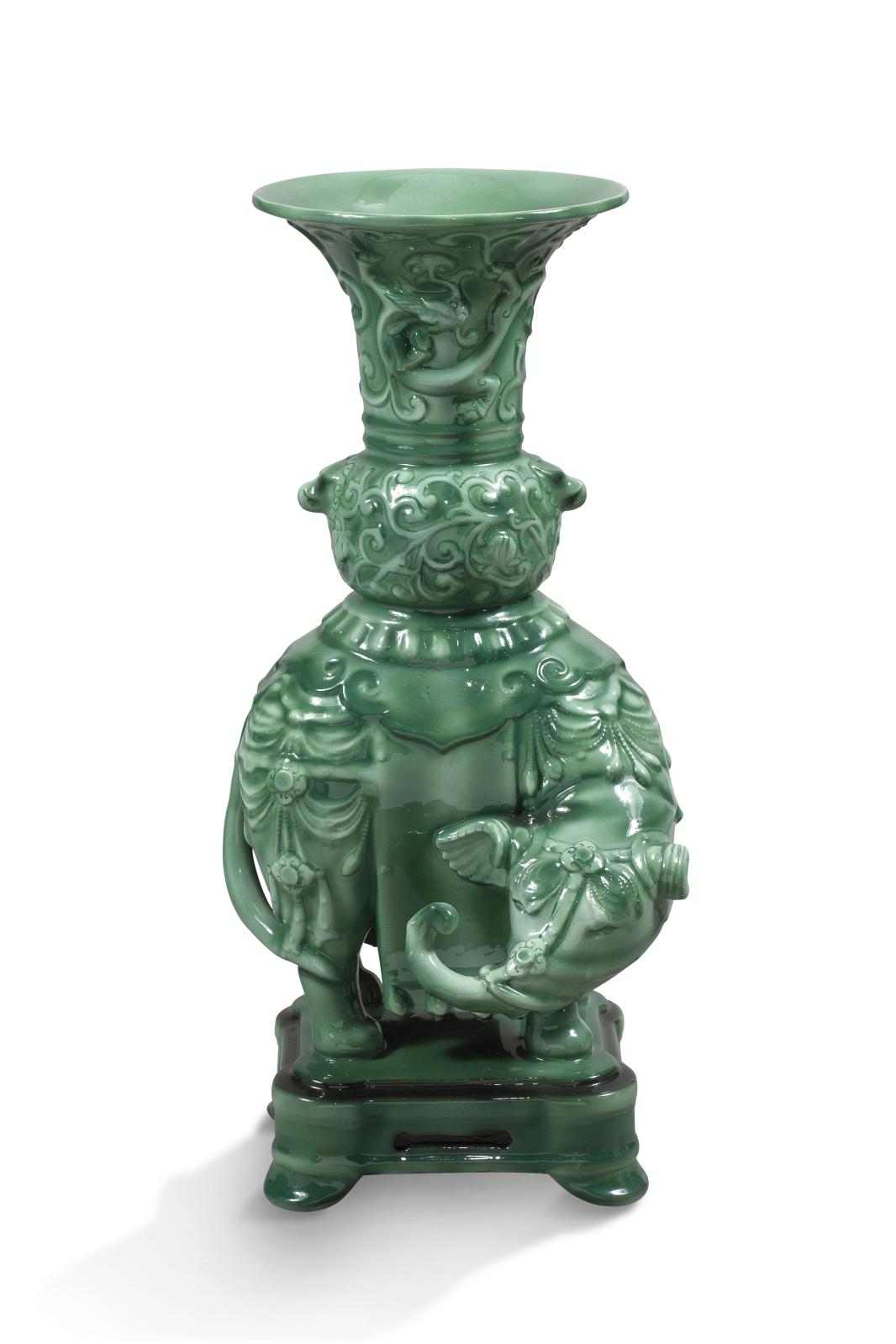 Théodore Deck entered the world of ceramics at just the right time. This was because in the mid-19th century, the new bourgeoisie' s search for luxury went hand in hand with a desire to escape from the old styles that had hitherto held sway. Much in vogue, ceramics were an intrinsic aspect of this revival, in which Théodore Deck became one of the most inventive exponents. The man from Alsace opened a Paris workshop for art earthenware in 1856. He gave free rein to his creativity, producing attractive objects using innovative forms and techniques, like this pair of vases with curved bellies standing on the back of an elephant. He worked with first-rate artists, and his explorations of ancient techniques were highly productive. Here his chief aim was to develop coloured glazes, taking Oriental earthenware pieces as his models, but he also found inspiration in the Chinese and Japanese pieces that began arriving in France in the late 19th century. As witness the striking shade of these rare objects, which evokes Persian blue and Asian turquoise, but was dubbed "bleu Deck" by posterity. The artist lined up other memorable achievements as well, like his underglaze gold backgrounds and "oxblood" reds. He drew on a wide range of styles to create his own, imbued with exoticism and novelty, and take ceramics along the road to modernity.