Pegasus and his companion Bellerophon reached the heights at this auction, shattering a very low initial estimate but leaving doubt as to when the work was made. 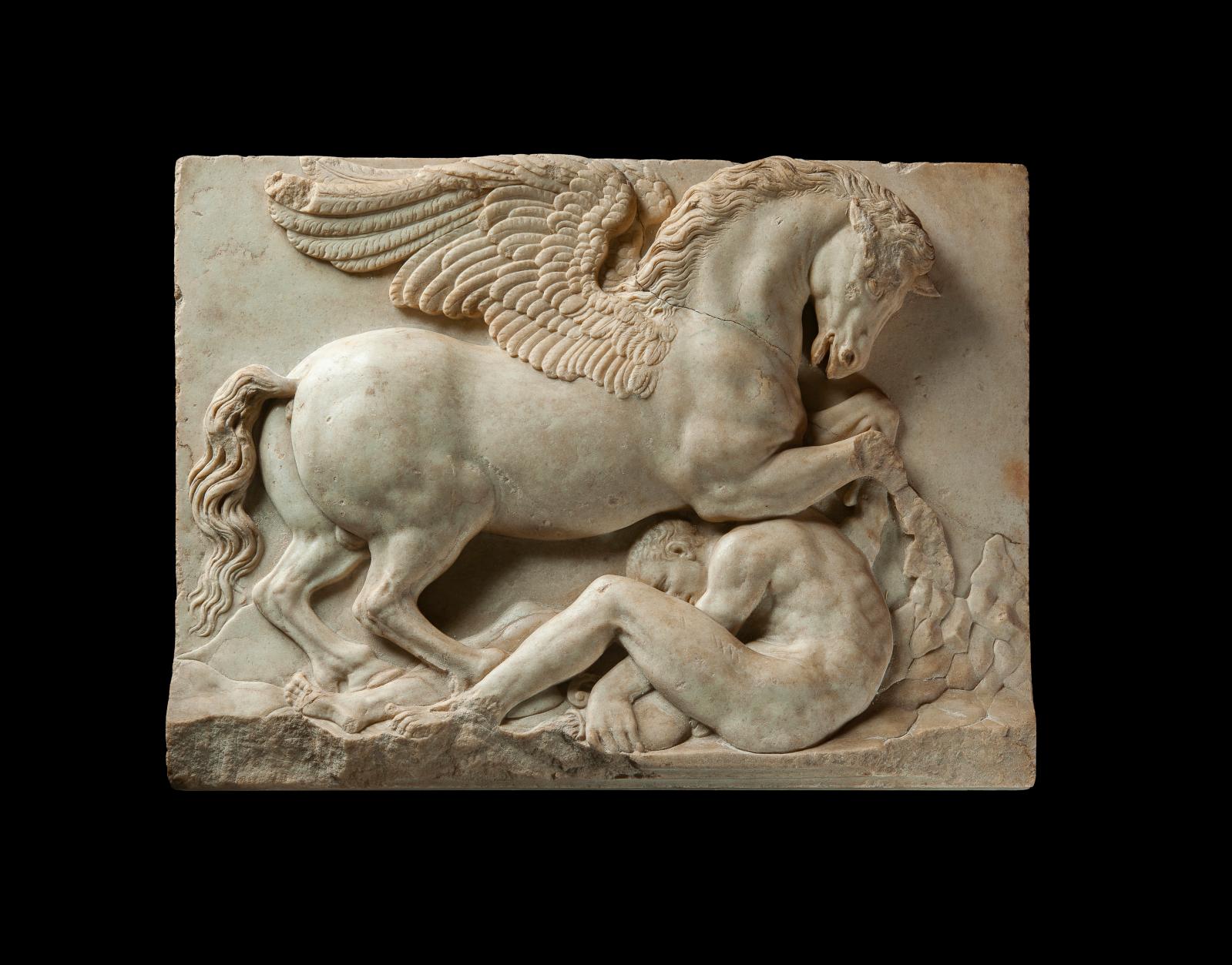 Initially announced as a 16th-century Italian sculpture and estimated at between €5,000 and €8,000, a Paris gallery eventually carried off this bas-relief for €305,040 after a fierce bidding war. That result strengthens the hypothesis of an ancient origin. Many unknowns remain regarding this magnificent work, which stands out by the beauty of the anatomical modelling and refined details, especially of the horse's wings. Simply described by the entry as "Pegasus, Bellerophon at his feet", there is no mention of any particular iconographic episode. However, the relief could depict Bellerophon taming the winged horse, which is suggested by the container that fell to the ground, probably symbolising the famous Pirene fountain from which Pegasus loved to drink, or Zeus causing Bellerophon’s fall as he was trying to reach Olympus. The hero ends his days in solitude and sadness, which is illustrated by the bent-over man under the flank of the protective Pegasus. Didn't Aristotle classify Bellerophon as a melancholic in his treatise The Man of Genius and Melancholy?

VENTE ÉLÉGANCE
Jakobowicz & Associés
Info and sales conditions
Catalogue
Newsfeed
See all news
Photography Scholar and Former Princeton University Art Museum Director Peter Bunnell Dies Age 83
Panhandle-Plains Historical Museum Appoints Deana Lowe Craighead as Curator of Art
Hana Miletić and Caleron Clayborn Receive Baloise Art Prize
Josef Koudelka Gifts 2,000 Works to Czech Museums
Not to be missed
Lots sold
From the Living Room to the Bedroom: Cannes-Style El…
The sale of the entire stock of furniture from a château in the…
Lots sold
The Art of Fin-de-Siècle Jewelry
In Lyon, two imposing necklaces conjured up the balls and evening…
Lots sold
Impressive Dutch Style Marquetry and an 18th-Century…
In Lorraine, the contents of a very fine residence set off to new…
Lots sold
Valtat: The Virtuoso of Color
The painter, famous for his vivid landscapes, was celebrated through…