The Grass Is Always Green for Lalanne

A hotly sought after lamb from his famous livestock series left for foreign pastures. 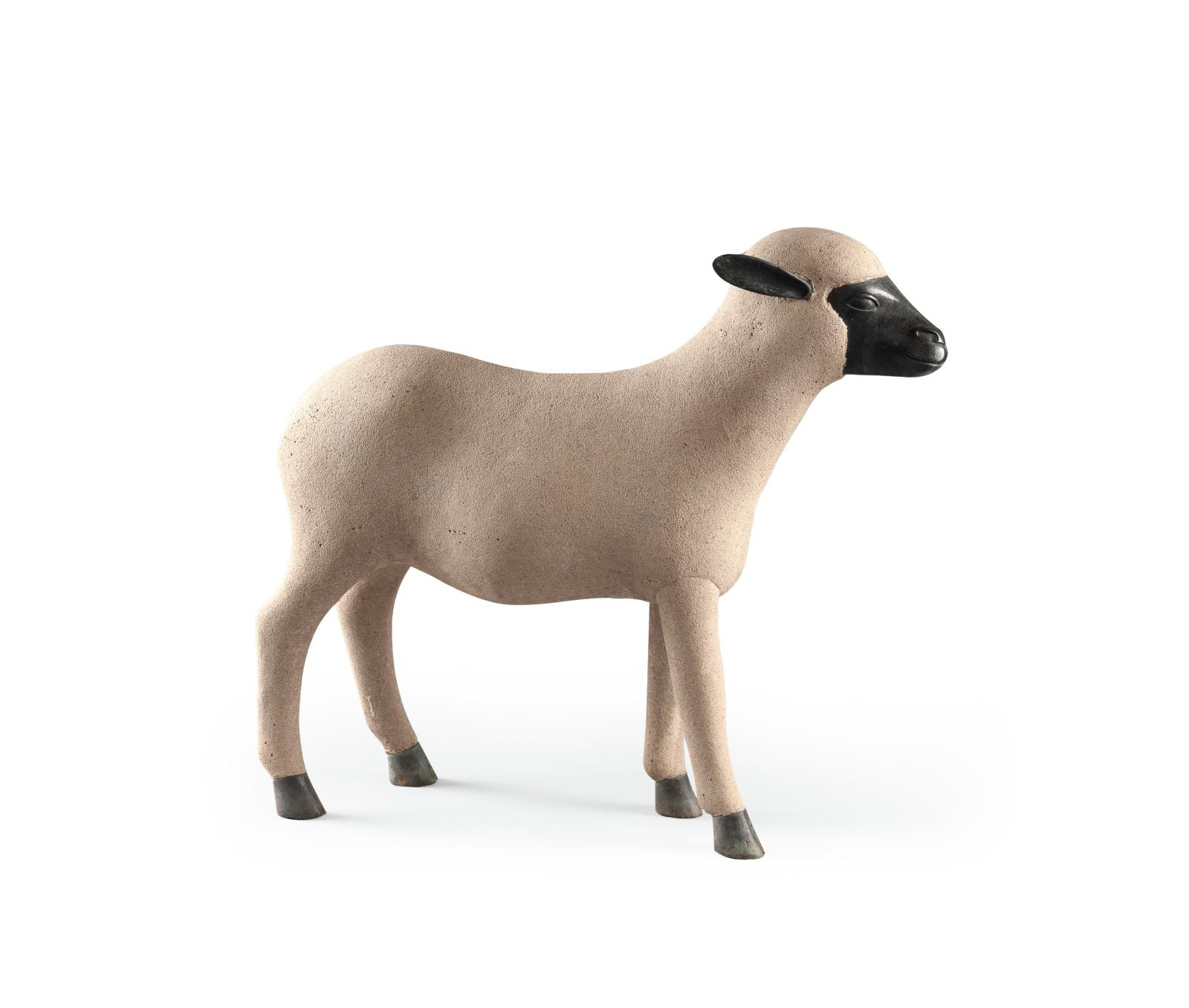 Major collectors and important Parisian and Asian galleries vied for François-Xavier Lalanne’s Agneau (Lamb). Starting from an estimate of €50,000/70,000, about 20 phone bidders quickly pushed the price up to €200,000. By then, just three were still in the running until the bidding reached €353,400 to acquire the sculpture, which Lalanne had given to its owner. It will leave its lawn in Seine-et-Marne for abroad.

Line Vautrin made her sunburst by putting beige Talosel cabochons, partially decorated with gold and silver mirrors, at the tips of the rays of her "Sparks" witch mirror. Produced in the 1950s and 1960s, it fetched €44,640, over twice its estimate (dia. 32 cm/12.60 in).

A large Chinese silver bowl made in about 1885 and bearing the workshop mark "Bao Sheng" also exceeded expectations, selling for €29,760. Chased and worked in repoussé, the body features a military review and an offering ceremony in a dignitary’s palace. Dragons form the feet and handles, and one emerges from clouds at the top of the lid (h. 50 cm/19.68 in, weight 4.777 gr/0.168 oz).

ELEGANCE SALE
Jakobowicz & Associés
Info and sales conditions
Catalogue
Newsfeed
See all news
Gallerie dell'Accademia in Venice Expands with a Focus on the 17th and 18th Centuries
Nominees Named for 2021 Prix Marcel Duchamp
American Artist Rick Lowe to be Represented by Gagosian
K-Pop Group BTS Present the Met with Gift on Behalf of South Korean Government
Not to be missed
Lots sold
From the Living Room to the Bedroom: Cannes-Style El…
The sale of the entire stock of furniture from a château in the…
Lots sold
The Art of Fin-de-Siècle Jewelry
In Lyon, two imposing necklaces conjured up the balls and evening…
Lots sold
Impressive Dutch Style Marquetry and an 18th-Century…
In Lorraine, the contents of a very fine residence set off to new…
Lots sold
Valtat: The Virtuoso of Color
The painter, famous for his vivid landscapes, was celebrated through…