In Lorraine, the contents of a very fine residence set off to new lives. An opportunity to discover some rare Dutch marquetry and a spirited 18th-century bust. 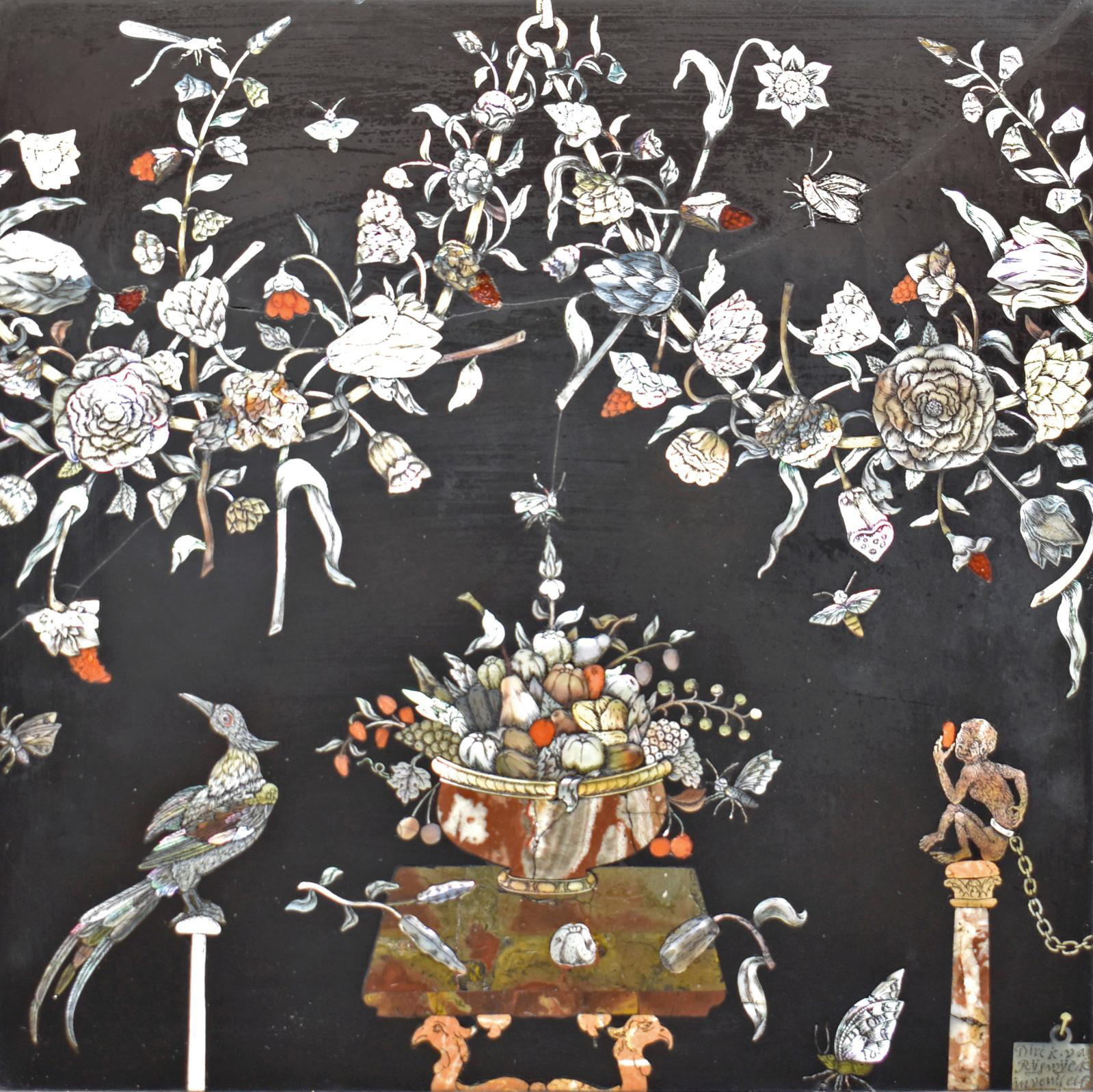 With 1,540 lots, this sale of furniture, paintings, sculptures and numerous objets d'art spread over four days, during which the pieces changed hands for a total amount of €522,420. A major surprise for buyers was a panel with black and polychrome marble marquetry enriched with mother-of-pearl. Decorated with garlands of flowers, a cup, a bird and a monkey, the exquisite composition bears the signature of its creator, Dirck Van Rijswijck, in a cartouche. This artist became famous in Amsterdam in the mid-17th century for his virtuoso mother-of-pearl marquetry on ebony or black marble. Unsurprisingly, this speaking example of his work shot up to €141,250.

A distinguished guest appeared next: Duke Leopold I of Lorraine, or rather his effigy, attributed to Jacob-Sigisbert Adam. This was a terracotta bust of the model wearing armor and the order of the Golden Fleece. Signed "JD" under the base, the impressive work (h. 29.5 cm/11.6 in. excluding the base) fetched a well-deserved €12,874.