Erté Revisits the Château of Beauty and the Beasts

The sale of this dream-like world, a group of decorative items from an east Paris château, produced positively stratospheric results. 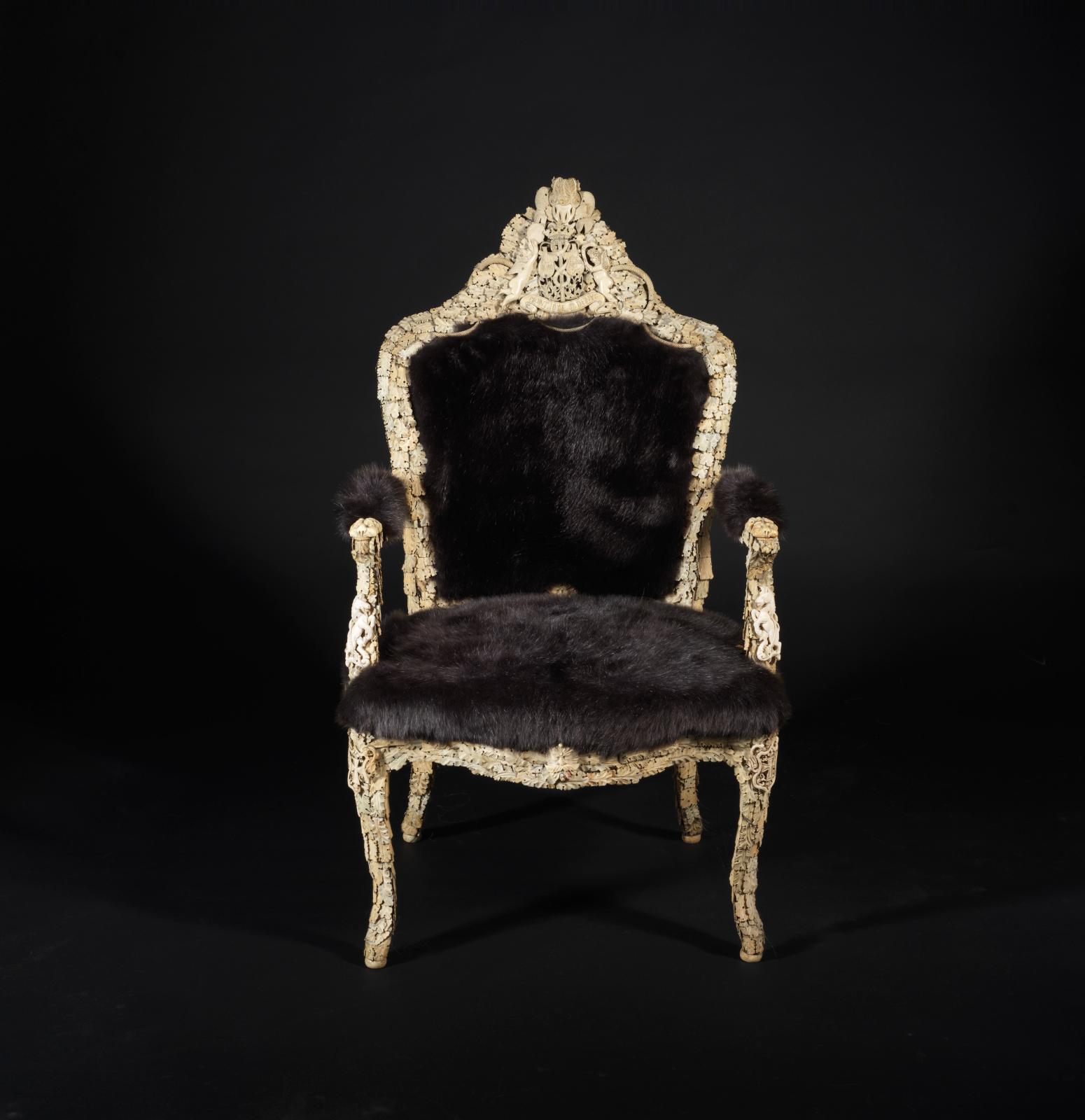 During the exhibition, the rooms at Drouot were filled with a constant stream of curious viewers and collectors from all over the world, eager to obtain a little slice of fantasy, and it was hard to find a way through all the animal skins, antlers and sea-shell mermaids. On the day of the sale, the atmosphere was just as frenetic: 100% of the lots were sold, many bought by major interior designers, and the large majority well above their estimates. It must be said that the contents of this château were extraordinary in every way, and resulted from the fertile, questing imagination of Romain de Tirtoff (1892-1990), better known as Erté. There were plenty of decorative delights for sea-lovers, including coral, shells and concretions guaranteed to enchant. They provided a chance to net a fountain and its basin made in collaboration with Janine Janet (1913-2000) for €14,950. The artist's exploration of this initial theme led him to continue in a different direction, this time the forest and its denizens. In the main drawing room, you really expected to see the Beast emerge from his lair. An impressive lamp (h. 240 cm) made of antlers and sea urchin tests obtained a glowing €27,300, while two curious pairs of cupboards in studded leather, horn and antlers opened to receive €45,500 and €39,000. To go with his designs, Erté had brought in a set of three armchairs with wooden frames covered in plaques of bone and carved ivory: seats made in the 1860s by master craftsmen in Dieppe that he then "customised" with bear and seal skins. These set off for new horizons to the tune of €78,000. Meanwhile, two outstanding limestone mantelpieces were sold by designation; one, dated 1534 and probably produced in Arnay-le-Duc (420 x 355 x 92 cm), aroused admiration to the order of €150,800; the other, possibly a piece of French or Italian work from the same period (353 x 272 x 65 cm), garnered €175,500.

VENTE DE L’ENTIER MOBILIER d’un château décoré par Erté - Partie I
Kohn Marc-Arthur
Info and sales conditions
Catalogue
Salerooms
Newsfeed
See all news
Director-General of UNESCO Audrey Azoulay Calls to Save Ancient Ruins of Carthage
A Vandalized Portrait of Napoleon III Goes Under Restoration in Toulouse
Calling all Architects: A Competition for 19 "Follies" in Neuilly-sur-Seine
An Exhibition puts Enameled Glass in the spotlight at the Château d'Ecouen
Not to be missed
Lots sold
Redon and Soulages: A Marriage for the Better
Two artists and prophets of their time, one was collected by Louis-Charles…
Lots sold
A Floral Triumph for Jean-Baptiste Monnoyer
Early painting blossomed, led by Jean-Baptiste Monnoyer (1636-1699)…
Lots sold
A Brazilian Still Life by Alberto da Veiga Guignard
Alberto da Veiga Guignard and Henri-Edmond Cross were the front…
Lots sold
The Wings and Legs of Art Nouveau
The alliance of Georges Fouquet and Alfons Mucha produced a piece…