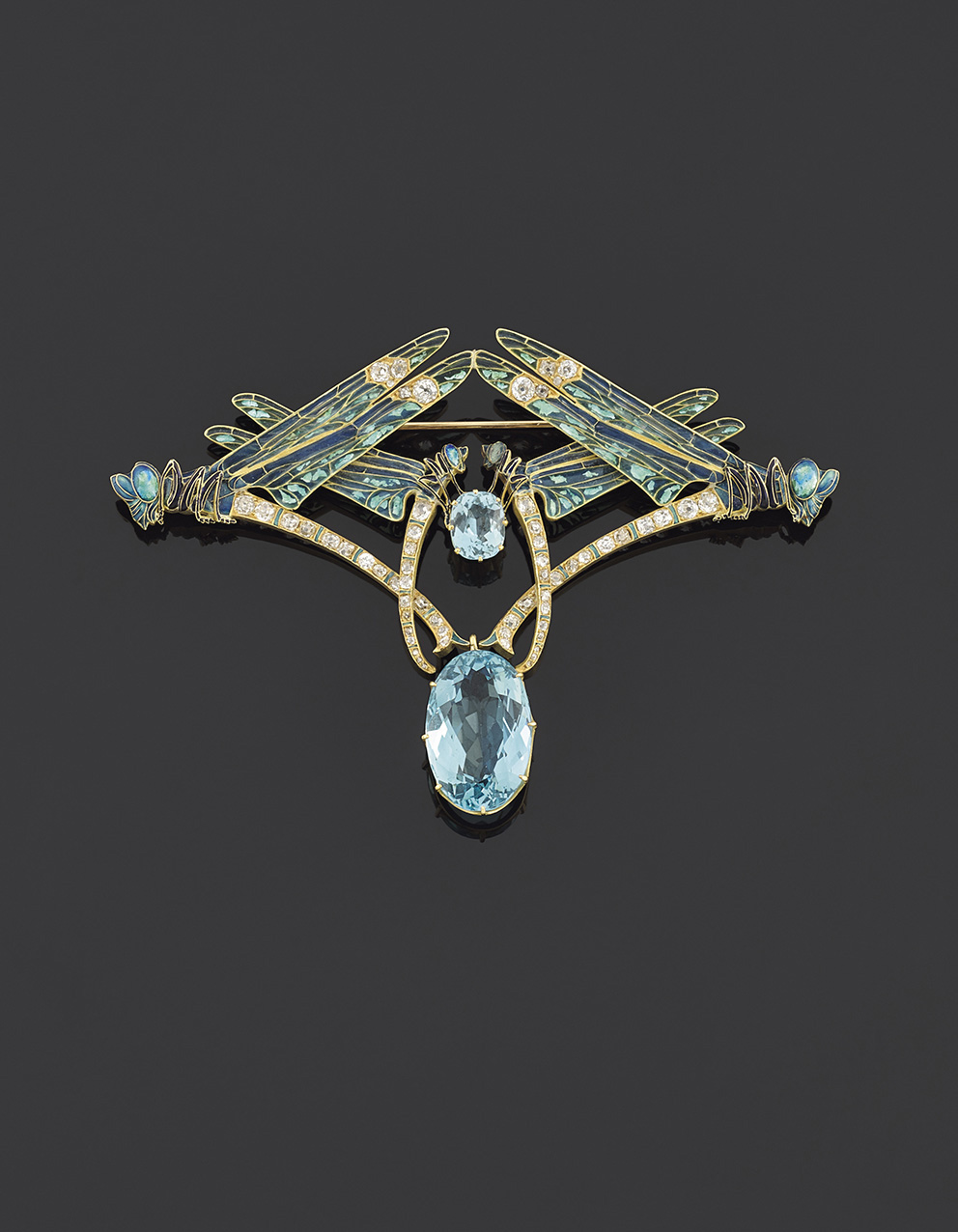 Art Nouveau designers practically worshipped this beautiful insect, which daintily landed on the cover of the November 13 Gazette (entitled A Lalique Dragonfly) before buzzing off to a new home for €292,100. The precious brooch was made of yellow gold, plique-à-jour enamel, aquamarines and diamonds by René Lalique (1860-1945), one of the period’s most emblematic artists. He drew his inspiration from a distant source, Japan, which had been all the rage throughout Europe since 1867. But only a few people could turn the craze for “japonisme” into a masterpiece, and Lalique was one of them. His brooch was the most beautiful but not the only piece of jewelry from several private collections featured at the two-day auction, which ended with a total result of €1,100,545 and over 90% of lots sold. The two gold rigid open bracelets by Cartier were less expected than the Lalique brooch to soar past their estimates, but they did. The bracelet set with white and yellow diamonds in the late 1980s fetched €111,760, while the one adorned with rubies and diamonds around 1990 sold for €88,900. Both feature two Chimeras, a phantasmagorical creature in Chinese mythology. Cartier began adding this symbol of longevity to its ornamental vocabulary in the 1920s, ceaselessly offering new creations with various color combinations ever since. 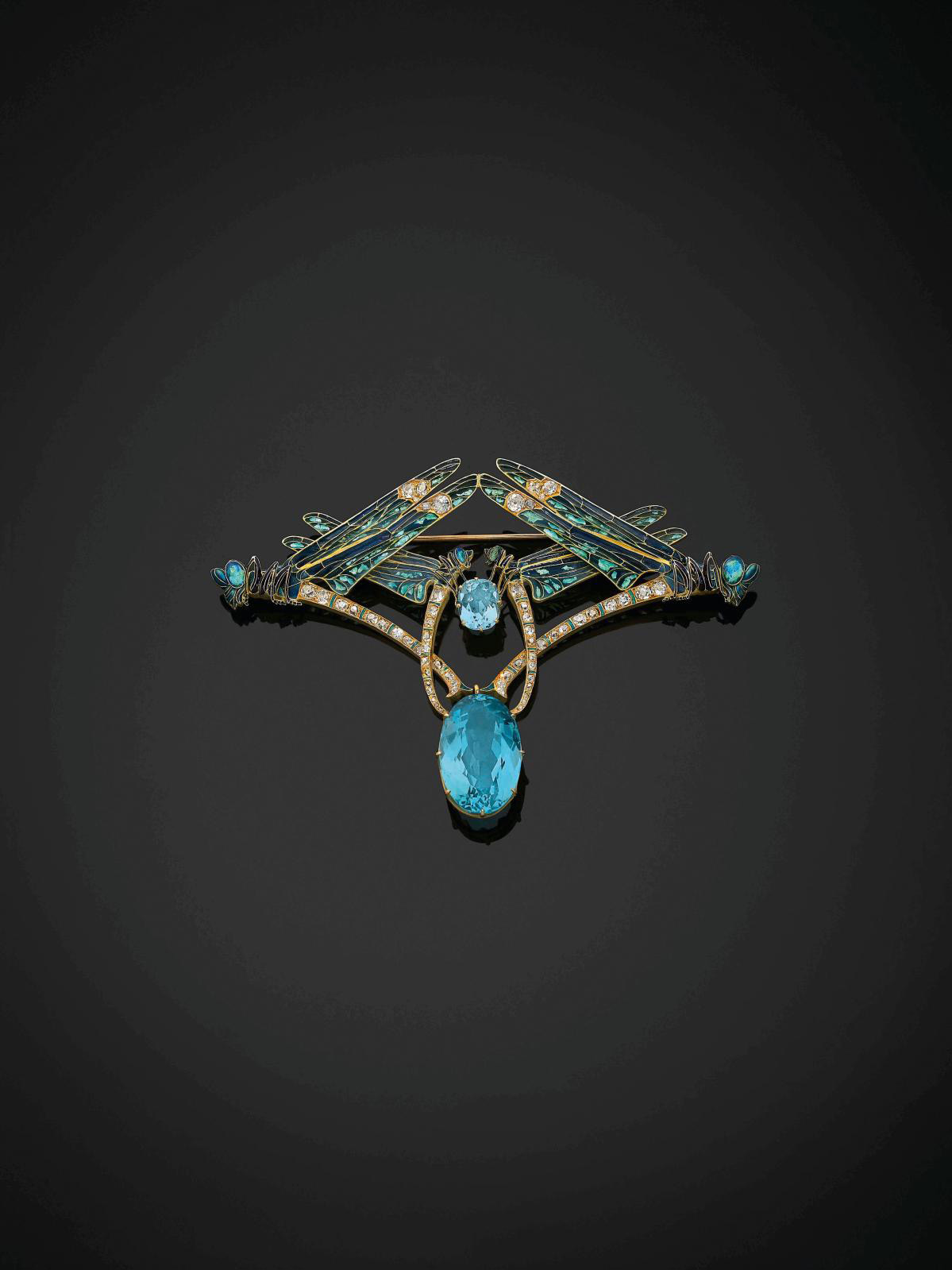 This exquisite brooch by René Lalique reflects a powerful movement that did away with all restraints on creativity, making the ephemeral dragonfly a rich and complex source of inspiration.

Newsfeed
See all news
Gilbert Baker’s Original 1978 Rainbow Flag Acquired by GLBT Historical Society, California
Face Mask Affixed to Giant Buddhist Goddess in Japan to Pray for COVID-19 to End
Sculptor Sued by the Heirs of Hergé, Convicted of Forgery in Marseille, France
New Appointment at the Musée National de la Marine
Not to be missed
Lots sold
The Pierre Maurs Collection: From India to the Fauves…
In search of the most innovative forms and colors, Pierre Maurs…
Lots sold
Majestic Illuminated Books of Hours Shine at Auction
Here, the vitality of French 15 th - and 16 th -century illumination…
Lots sold
Childhood’s Green Paradises by Vietnamese Artist Mai…
Like a prelude to an exhibition, this sale featured a particularly…
Lots sold
Bernar Venet and the Vitality of Modern Drawings
Works by Bernar Venet, Le Corbusier, Zao Wou Ki and Vieira da Silva…