An icon of modern art, presented in an authorised reduced-scale model, was poised to seduce bidders. 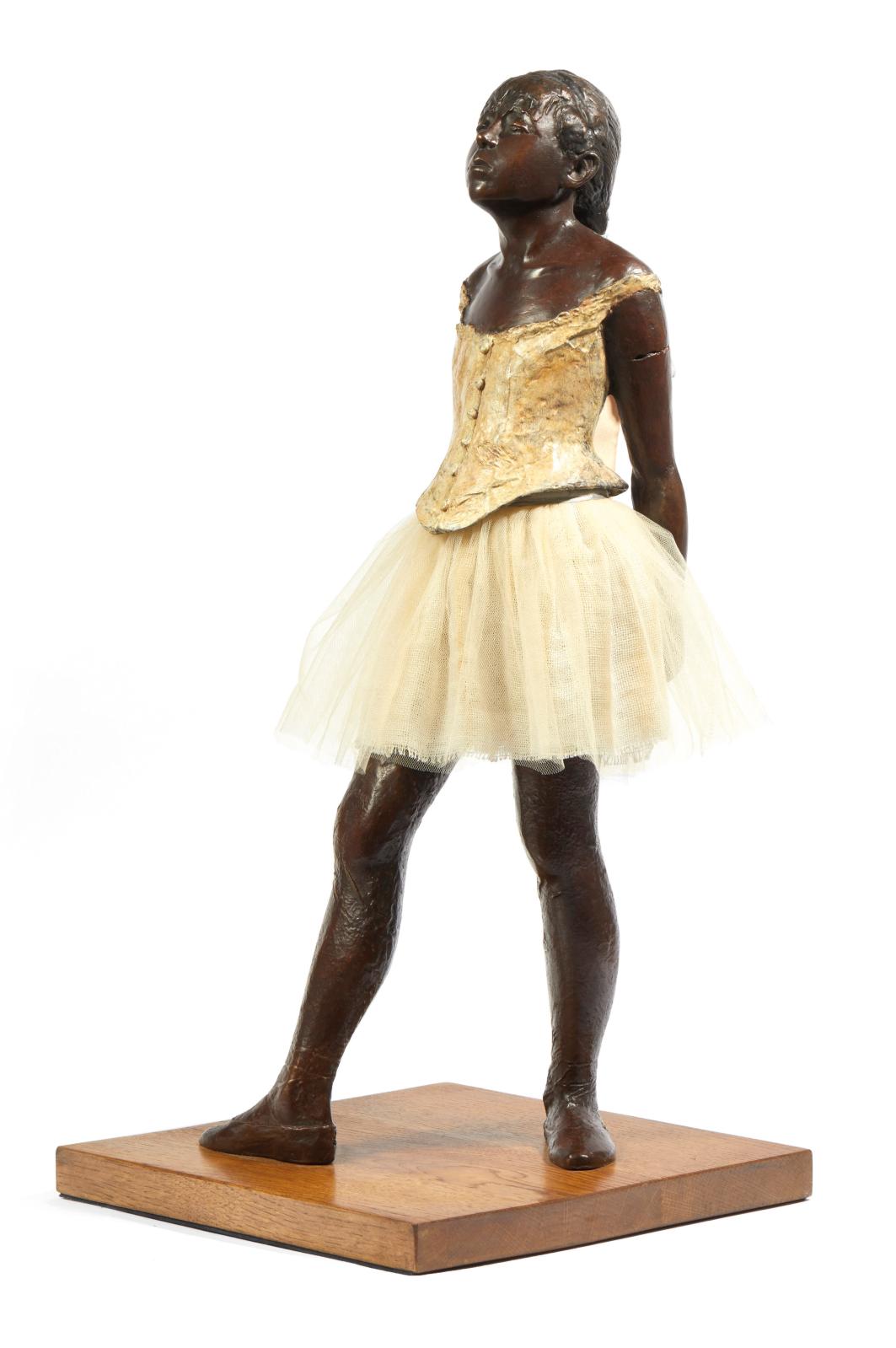 When Edgar Degas (1834-1917) exhibited this painted wax figure at the 1881 Salon des Indépendants, did he have the slightest inkling that it would become the face of late 19th-century sculpture? Here he gave form and volume to his passion for the world of ballet. It was not a success. The critics were nearly unanimous. One wrote that in her face "every vice imprints its loathsome allure, a mark of a particularly immoral nature". Degas kept it hidden away for over 30 years, even after he became famous, and it was not discovered until his death (it is now at the National Gallery of Art in Washington). Yet it entered the history of modern art through the front door. The original is at the Orsay Museum. It is so popular that the Degas Committee decided to contractually authorize reproducing it in 38 reduced scale, individually stamped bronzes: 26 marked with the letters of the alphabet, nine with I/IX to IX/IX, one marked “HEIR” intended for the Committee and two copies not for sale (HC 1/2 and HC 2/2). This model bears the letter D. It sold for €95,250.

XIXTH, MODERN AND CONTEMPORARY PAINTINGS
Auction Art Rémy Le Fur & Associés
Info and sales conditions
Catalogue
Salerooms
Newsfeed
See all news
Louvre Museum Opens Le Studio in October, A Place Dedicated to Exchange
UNESCO Announced the Return of the Gilgamesh Tablet to Iraq This Thursday
"Œuvres Choisies" Exhibition Ushers In the New Auction Season at Drouot
RER C Train Will Transport You to the Paris City Museums
Not to be missed
Lots sold
From the Living Room to the Bedroom: Cannes-Style El…
The sale of the entire stock of furniture from a château in the…
Lots sold
The Art of Fin-de-Siècle Jewelry
In Lyon, two imposing necklaces conjured up the balls and evening…
Lots sold
Impressive Dutch Style Marquetry and an 18th-Century…
In Lorraine, the contents of a very fine residence set off to new…
Lots sold
Valtat: The Virtuoso of Color
The painter, famous for his vivid landscapes, was celebrated through…