The Lorraine painter chronicled late 19th-century society. His studious young woman seems to echo the great masters of the Renaissance. 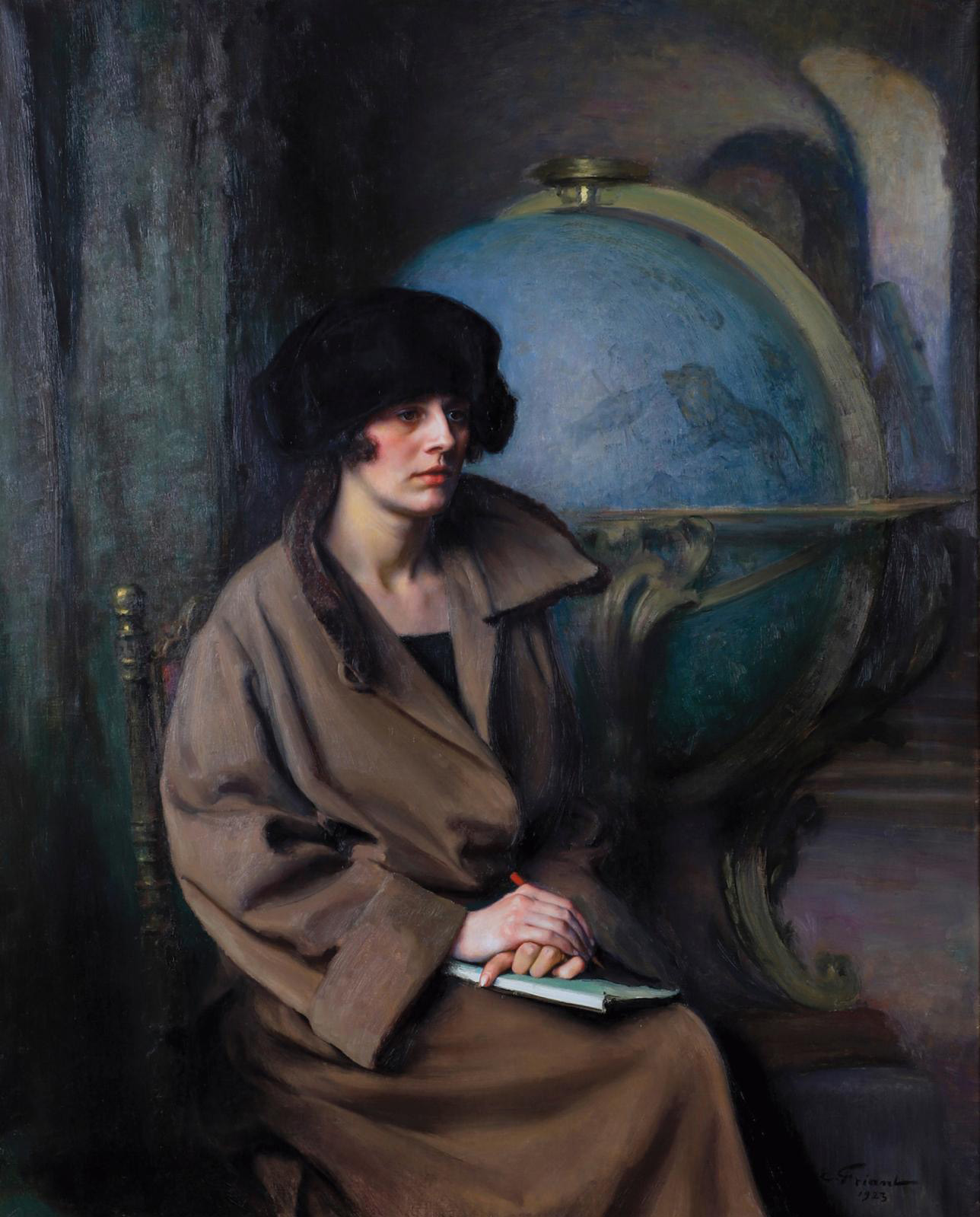 Émile Friant painted L'Étudiante (The Student) in 1923, the same year he was finally elected to the Académie des Beaux-arts (Fine Arts Academy). With all the realism so dear to him, he placed his model, holding a notebook and a pencil, in a symbolic setting with an imposing globe. L'Étudiante was carefully kept by a family from Épinal, northeastern France, in which it was passed down from the original buyer. Bidders fiercely competed for the work, especially three from Lorraine. A couple, delighted that the painting would remain in the region, acquired it for €369,050: a price far surpassing its €25,000 estimate, and the second-highest ever paid for a work by the artist (source: Artnet).