Through their paintings, Ladislas Slewinski and Roderic O'Conor illustrated their impassioned discovery of Pont-Aven, strongly marked by the influence of Paul Gauguin. 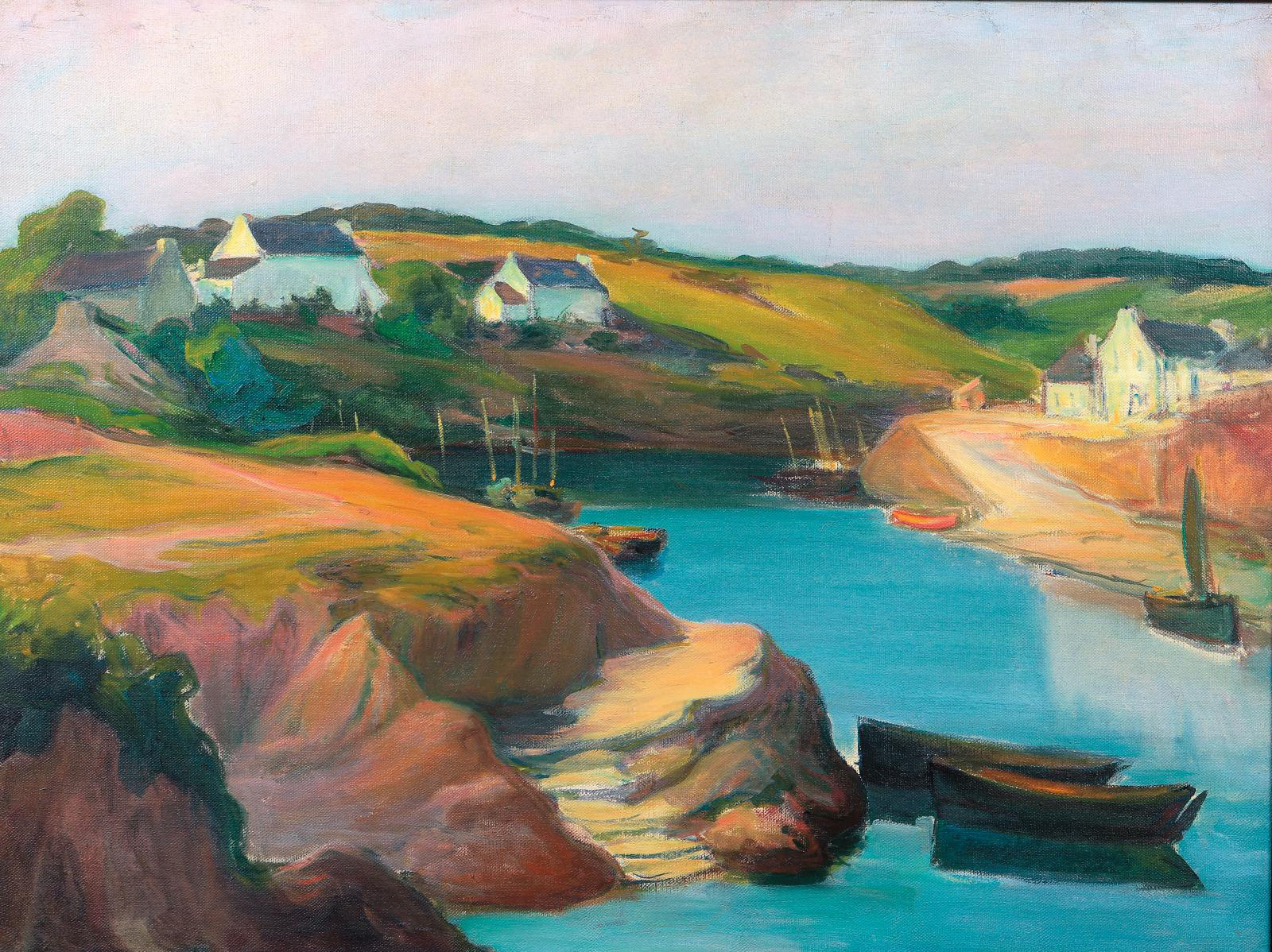 Things had begun badly. A mediocre administrator, the young Polish nobleman Ladislas Slewinski was forced to flee from his father's rage after the seizure of his property. Totally penniless, he moved to Paris in 1888, attracted by the lights of a city that was also famous for its bohemian life, and enrolled at the Académie Julian. The art gods came to his rescue when he met Paul Gauguin. Totally fascinated by the master's work and personality, he decided to become a painter himself, and followed him to Pont-Aven in 1890. Slewinski returned to the region each year, ceaselessly painting the ocean and small coastal ports like the one in Doëlan, where he finally moved after 1910. Illustrating his calm, all-encompassing touch, this painting of the port in muted colors fetched €110,500.