These were all guests at a Provencal sale held in Fontvieille, where the lion's share was devoted to modern 20th century artists. 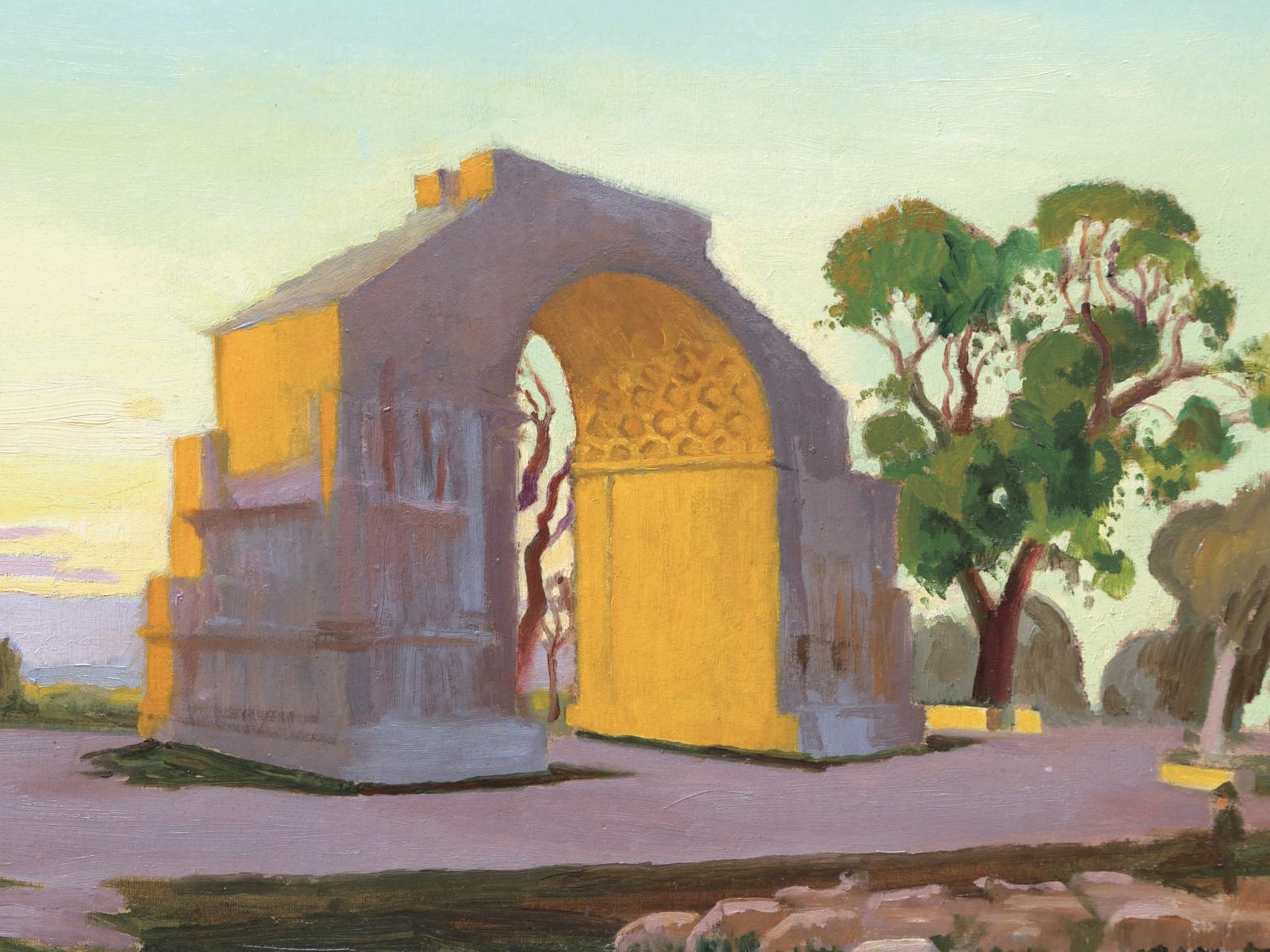 Though not from the south of France, Maurice Denis expressed the profound soul of this region in several works. For example, when he stayed in Saint-Rémy de Provence, what impressed him about the town with its redolent Roman past was the image of the triumphal arch, as we see in this oil on card entitled Les Antiques à Saint-Rémy. The soft sunset light and astonishing forms of the ruins all contributed to a fine score of €40,920. Meanwhile a drawing by a Northerner, Flemish artist Constant Permeke's Portrait d'homme assis (Portrait of a man, seated), illustrated his Expressionist explorations inspired by humble folk like himself, such as fisherman and farmers. Immersed in his thoughts, the model here attracted €17,360, no less. We shift periods with Pierre Alechinsky, whose 2001 Chien sorti du bois (Dog emerging from a wood), depicted in his usual Indian ink and acrylic on paper laid on canvas, fetched €19,840.