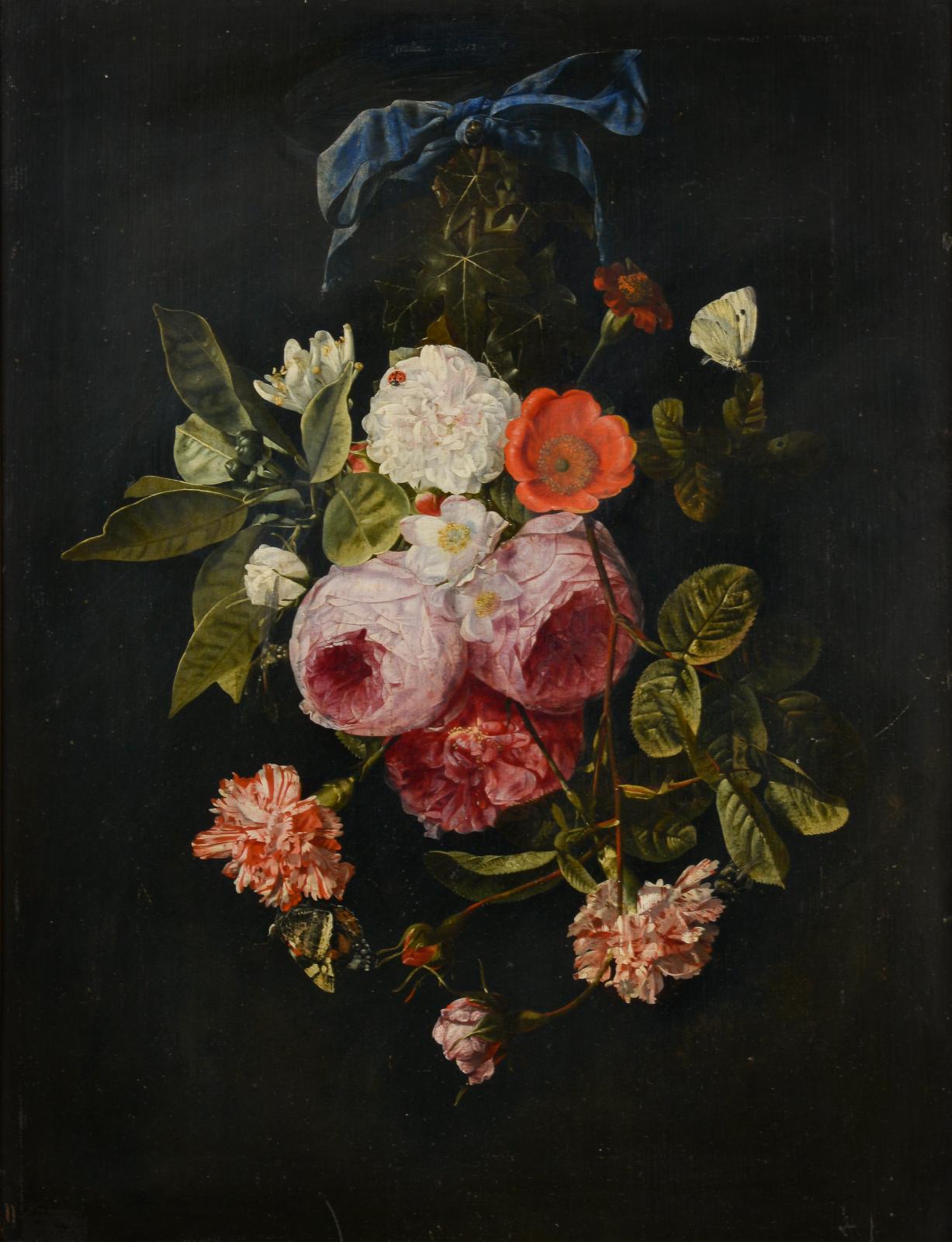 Carstian Luyckx had an excellent teacher in the flower specialist Philip de Marlier, with whom he started out. He became a master in Antwerp in 1645 and his success attracted the favours of the King of Spain. Though little is known of his life and work (mostly still lifes) this did not prevent his refined bouquet from being carried off at almost three times its estimate. The fragile blooms were echoed by a Laying in the Tomb carved in Brabant, or possibly Brussels, in the last third of the 15th century. This element from a polychrome oak altarpiece (43 x 44 x 15 cm), showing Christ being laid to rest in his tomb by Joseph of Arimathea and Nicodemus, fetched €26,250. In contrast, an irrepressible gust of life imbues Loie Fuller, The Dancer, the icon immortalised in gilt bronze in around 1900 by Raoul-François Larche (1860-1912). A sorceress of light, making play on it with her veils, here the choreographer becomes the "electricity fairy" in lending her body to a lamp cast by Siot (€25,000). The sculpture's success was echoed by a libation cup in rhinoceros horn, which garnered a similar bid.

TABLEAUX, MOBILIER, OBJETS D'ART, TAPIS
Le Floc'h
Info and sales conditions
Catalogue
Newsfeed
See all news
An 18th-Century Masterpiece Will Be Unveiled for Heritage Days in Paris
Mark Your Calendars for the 7th Edition of "Un Dimanche à la Galerie"
Asia Now in Paris Places the Spotlight on Iran
Is Afghanistan's Art Safe Under the Taliban?
Not to be missed
Lots sold
Henri Lebasque at the Seaside
Lots sold
Flanders and France: Two Allegories Steal the Spotli…
s ymbolic figures as seen by a painter of the Flemish school and…
Lots sold
A Louis XV Provence Style Chest of Draw Sparks Inter…
Lots sold
Stags Triumph with Paintings by Baron Karl Reille