This painting (making its first appearance at auction) by the chronicler of daily life in ancestral Morocco was the highlight of an eagerly-awaited sale. 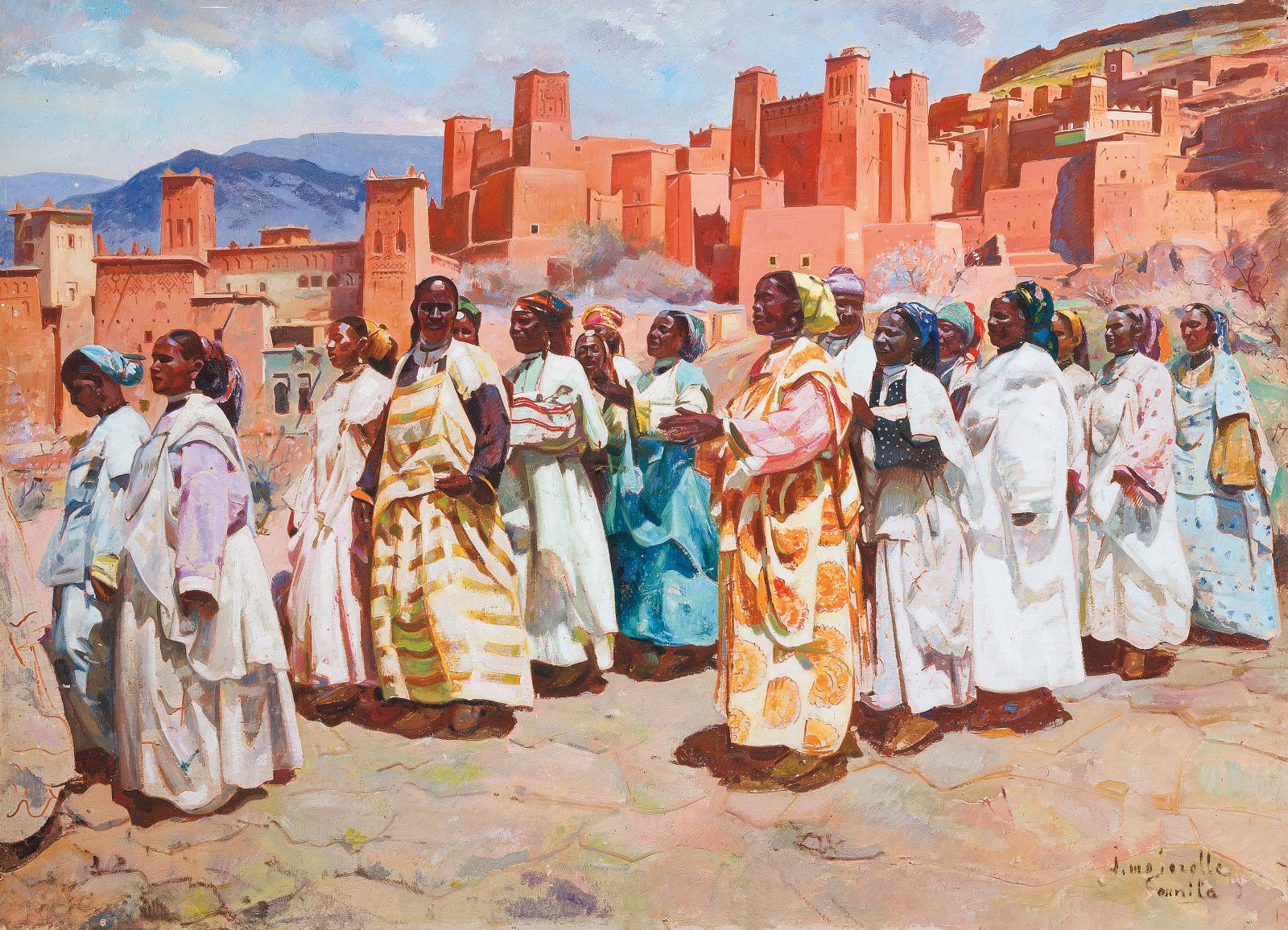 Here Majorelle depicts a unique festival: a march greeting the spring , staged by women in the Ounila valley in the High Atlas Mountains. Dating from the late 1930s, this work painted on board has been passed down through the family of its first purchaser, who bought it in Casablanca when he had just moved to the Cherifian kingdom. The majestic scene, with the kasbah's female inhabitants parading from right to left in festive garb, is highly appealing for its monumental aspect. It must have caused a stir when it landed no less than €301,350: five times its high estimate.