This Persée et la Gorgone or Petit Persée, executed between 1903 and 1905 by Camille Claudel, emerged at a sale in Caen, whetting more than a few appetites. 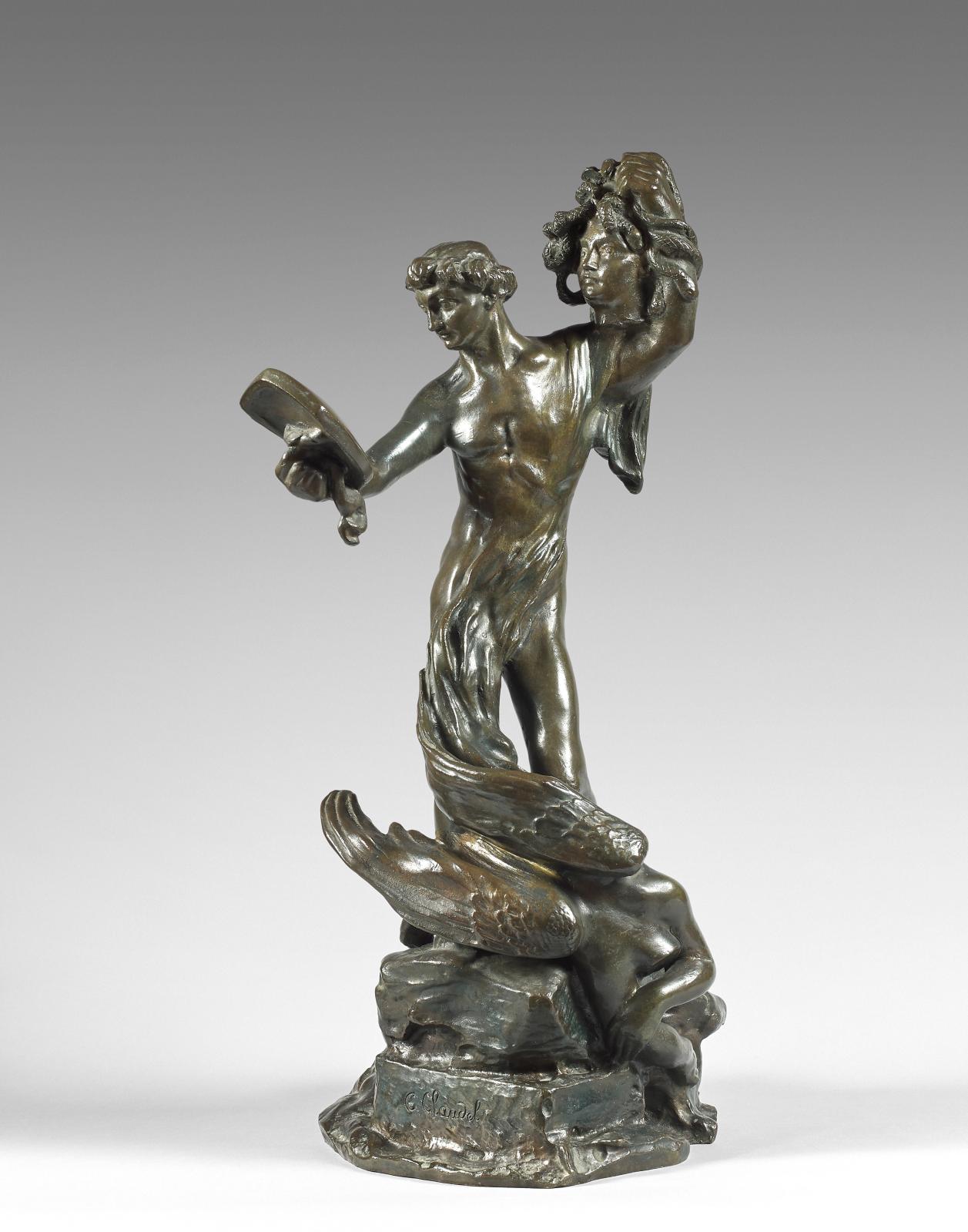 The final price of €270,000 for this work was a delightful surprise for its latest owners, who were unsure of its authenticity before its assessment by an expert. A French buyer carried off the piece, which is all the rarer as there are only six extant copies to date. The original of this work with its swirling composition was a large marble exhibited in 1902, the last time Camille Claudel took part in the Salon de la Société Nationale des Beaux-arts: a sculpture reproduced here in a three-quarters reduction. It was cast by the dealer and foundry owner Eugène Blot (1857-1938), who promoted the work of Camille Claudel and represented her in his gallery on the Boulevard de la Madeleine. In December 1905 he devoted an exhibition to her with eleven bronzes, including Persée in pride of place, which became part of the gallery owner's permanent collection. Like many works by the sculptor, this one is probably largely autobiographical: she may well have reflected her own state of mind, lending her features to the Gorgon's head cautiously brandished by the Greek hero. Later, her brother Paul said that "Persée et la Gorgone is the most tragic of all her works."

tableaux, mobilier et objets d'art
13, route de Trouville 14000 Caen
Caen Enchères
Info and sales conditions
Catalogue
News feed
See all news
The city of Paris announces financial boost for the culture sector
The UK’s largest arts and cultural organization might not open until April 2021
Hong Kong gallery association creates art fair to help reinvigorate art market
Artist Emma Amos has died at age 83
Not to be missed
Lots sold
Old Masters drawings, from Crabeth to Oudry
Entitled "L'Esprit créateur", this auction based on "The Creative…
Lots sold
One sale; one work (1 and 2)
During the lockdown, the Millon auction house took the initiative…
Lots sold
Exquisite antiquity
On Wednesday May 6, live on the Internet, Pestel-Debord continued…
Lots sold
Man's best friend portrayed by Nevers
In Lille, the spotlight was on some fine 17th and 18th century furniture,…