Mysterious "Portrait of a Lady" Turns Heads in Chartres

A mysterious figure in a high hat triumphed in Chartres. 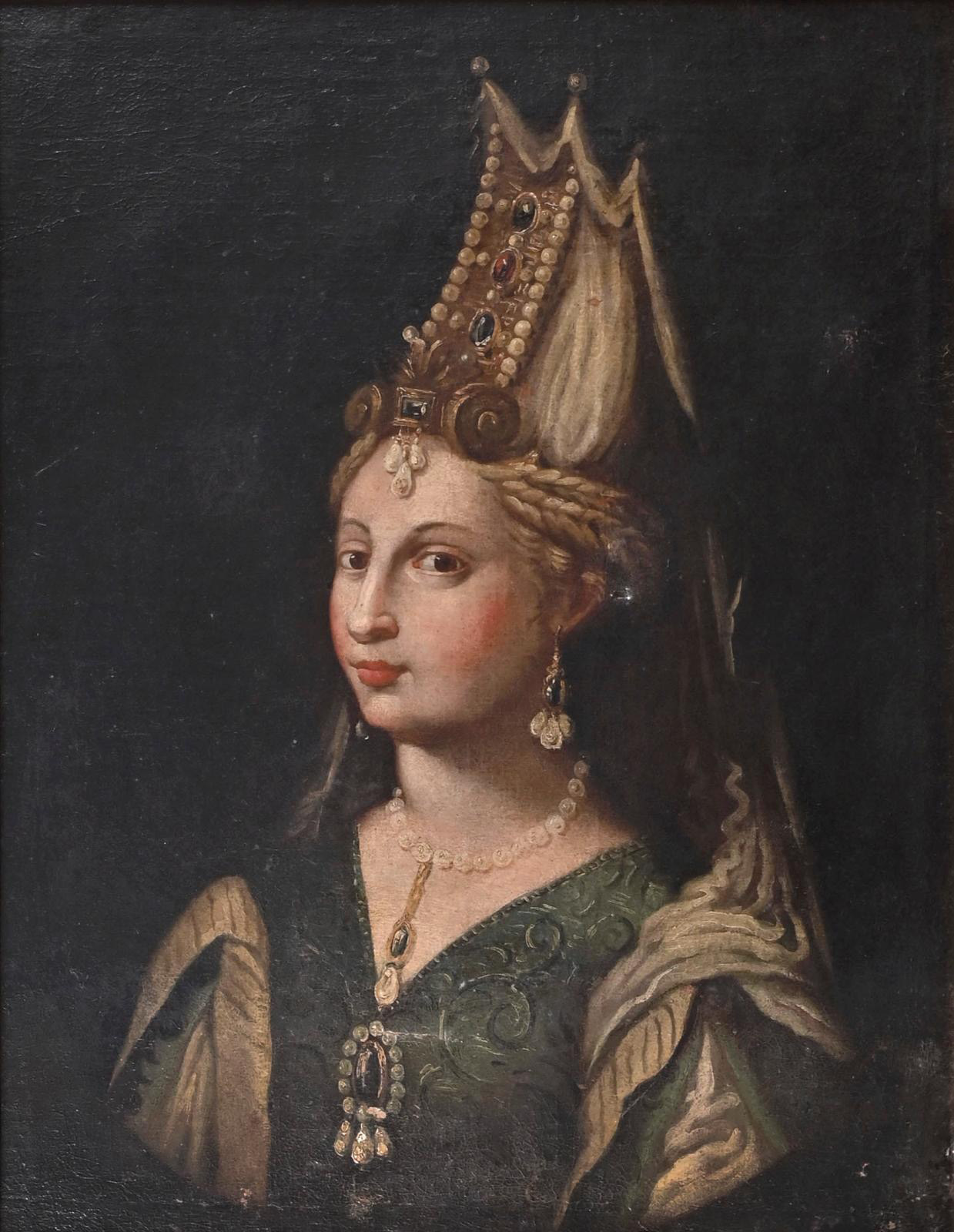 It is hard for this Portrait of a Lady in a Pointed Hat to go unnoticed. Attributed to a follower of the Venetian School’s Francesco Montemezzano c. 1640, it sparked fierce bidding by international buyers—more on account of its presumed subject than its origin—that reached €49,800. The tall hat’s pearls, precious stones and see-through veils suggest that the sitter may be an Ottoman ruler’s most famous wife: Roxelane (c. 1500-1558). Born in Ruthenia, in present-day Ukraine, she was enslaved to Sultan Suleiman the Magnificent before becoming his first wife and, according to some chroniclers, playing a key role in his political decisions.

Next, a 19th-century baluster vase (h. 38 cm/14.9 in) in porcelain with polychrome ornaments of figures, a banana tree and pierced rocks, whose elegance earned it €8,775. Another porcelain vase (h. 47cm/18.5 in), but black lacquered and burgled with a landscape and palace decoration, fetched €3,600. Finally, from Japan, came a pair of candelabras with two bronze arms, the shafts featuring two grimacing figures standing on a foot (h. 37.5 cm/14.7 in). Dating from the Meiji period (1868-1912) and stamped by the "Miyao" workshop, they received €3,120.