A Minister Magnified by Ingres 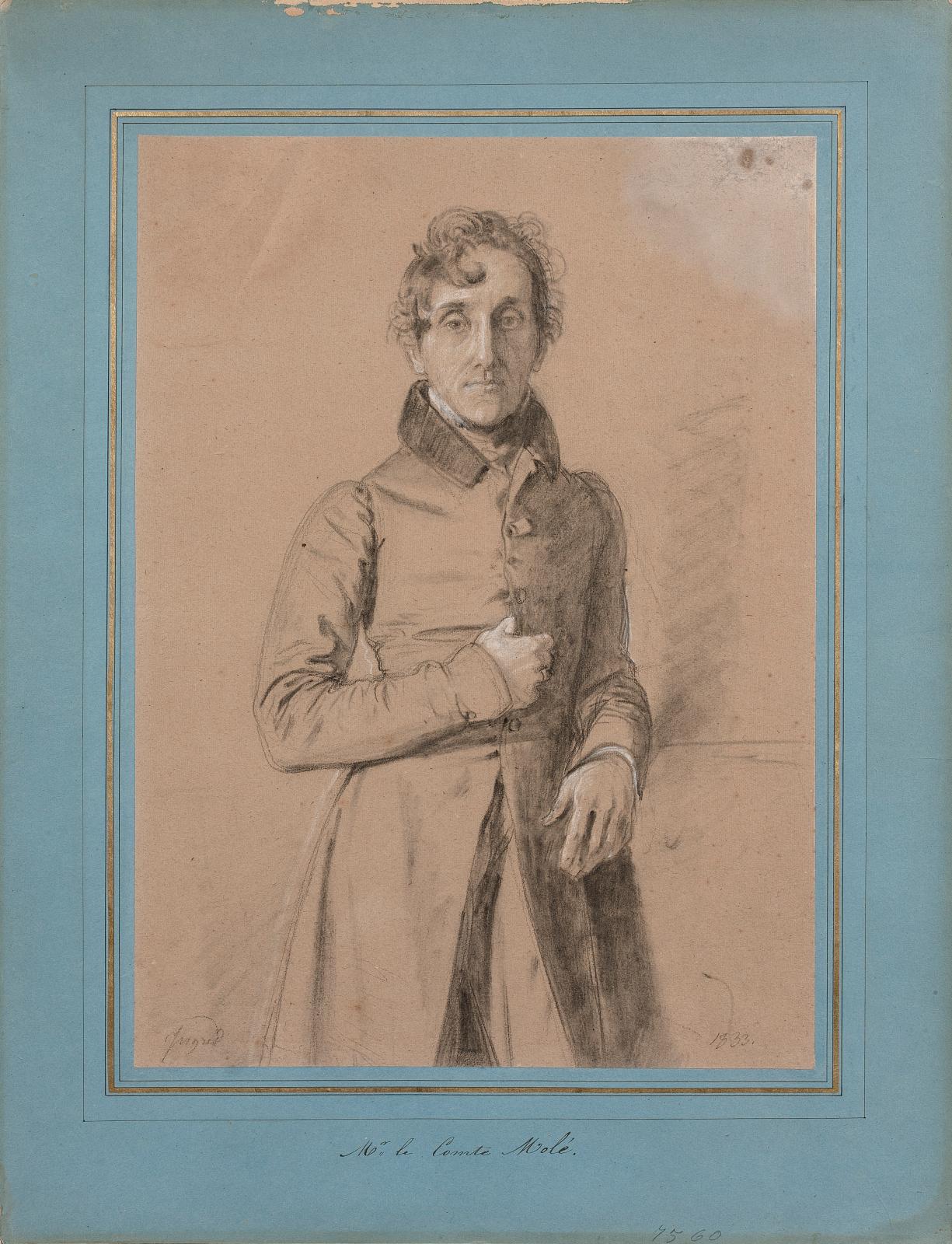 A New Year’s Day auction at Saint-Valery-en-Caux (Normandy) of two drawings by Jean-Auguste-Dominique Ingres, the genius of the ideal line, set both bidders in the room and telephones abuzz. Their quality was no less exceptional than their models, two historic figures from the 1830s and 1840s. The first was Ferdinand-Philippe, duc d’Orléans, the elder son of King Louis-Philippe. A preparatory drawing for the famous work Ingres was commissioned to paint, it depicts the dashing prince six months before his accidental death on 17 April 1842. A Chinese collector acquired the drawing for €459,800. The highest price, however, went to the second Ingres drawing, the 1833" Portrait de monsieur le comte Molé", purchased for €1,089,000 by a buyer in the United States. The charcoal drawing portrays Louis-Mathieu Molé (1781-1855), Minister of Foreign Affairs and Prime Minister during the July Monarchy. It is also preparatory drawing for a famous painting, which was made in 1834 and acquired by the Louvre in 2009. These celebrated works also boast an illustrious provenance: both were in the collections of Adolphe Asseline (1806-1891), secretary of the duchesse d’Orléans, and later of his daughter, Louise Asseline (1836-1918).