In the Time of Lepaute

The name of Jean-Joseph Lepaute, clockmaker to Napoleon I, has travelled down through the centuries. 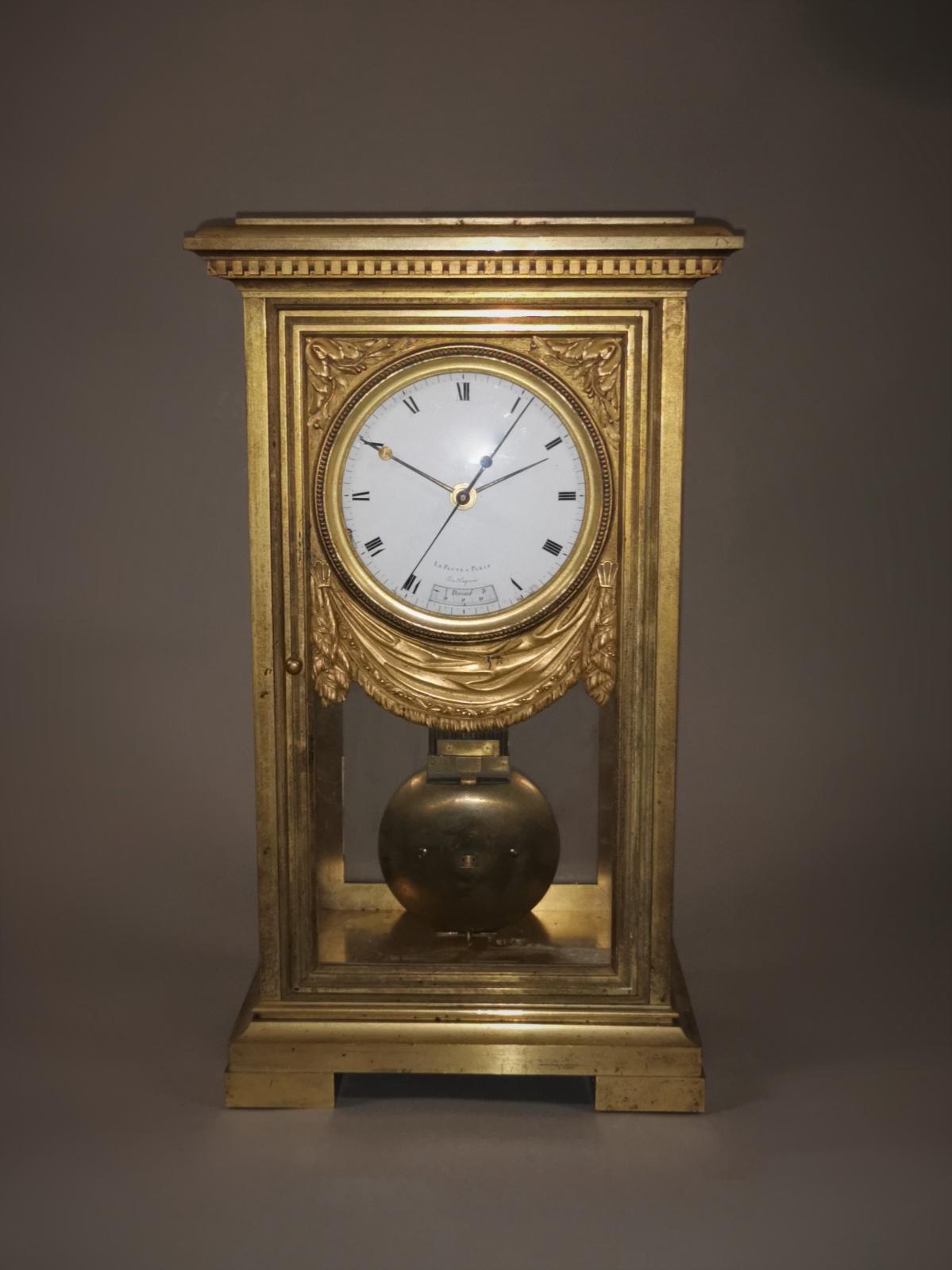 At this non-specialist sale, timepiece buffs set their sights on this regulator, which caused a bidding battle between several nationalities on each side of the Atlantic. Two Frenchmen finally made it to the last round, taking the price to €101,680. Presented in its original state, with a few chips missing from the enamel at the winding entries, it has a complication mechanism in good condition, which is what makes it so interesting in addition to its imposing size. The auction house specified that the clock has a "date window" at 6 o'clock, and a fourth hand indicating the difference between true solar time, which varies according to the Earth's inclination and orbit, and mean solar time, which is constant because it is based on the Earth's movement. These features were invented by Jean-Joseph Lepaute. Heir to a famous dynasty that worked for the royalty, he himself became clockmaker to Napoleon I. For the emperor's cabinet in the Grand Trianon, in the gardens of Versailles, he delivered a regulator pendulum clock, while his pieces still mark the passing of time at the Château de Fontainebleau in the imperial throne room, the Empress's bedroom, and on the façade of the clock tower. The chateaux of Saint-Cloud and Compiègne also contain his clocks. After joining forces with his uncle, Pierre-Basile Lepaute, he set up his own business in 1811 in Place du Palais-Royal in Paris. His reputation for excellence enabled him to continue working even after the fall of the Empire.