“From China and other places” could have been the name of this auction, whose highlights were a rare Ming dynasty lacquered platter as flowery as the Daum vase that accompanied it. 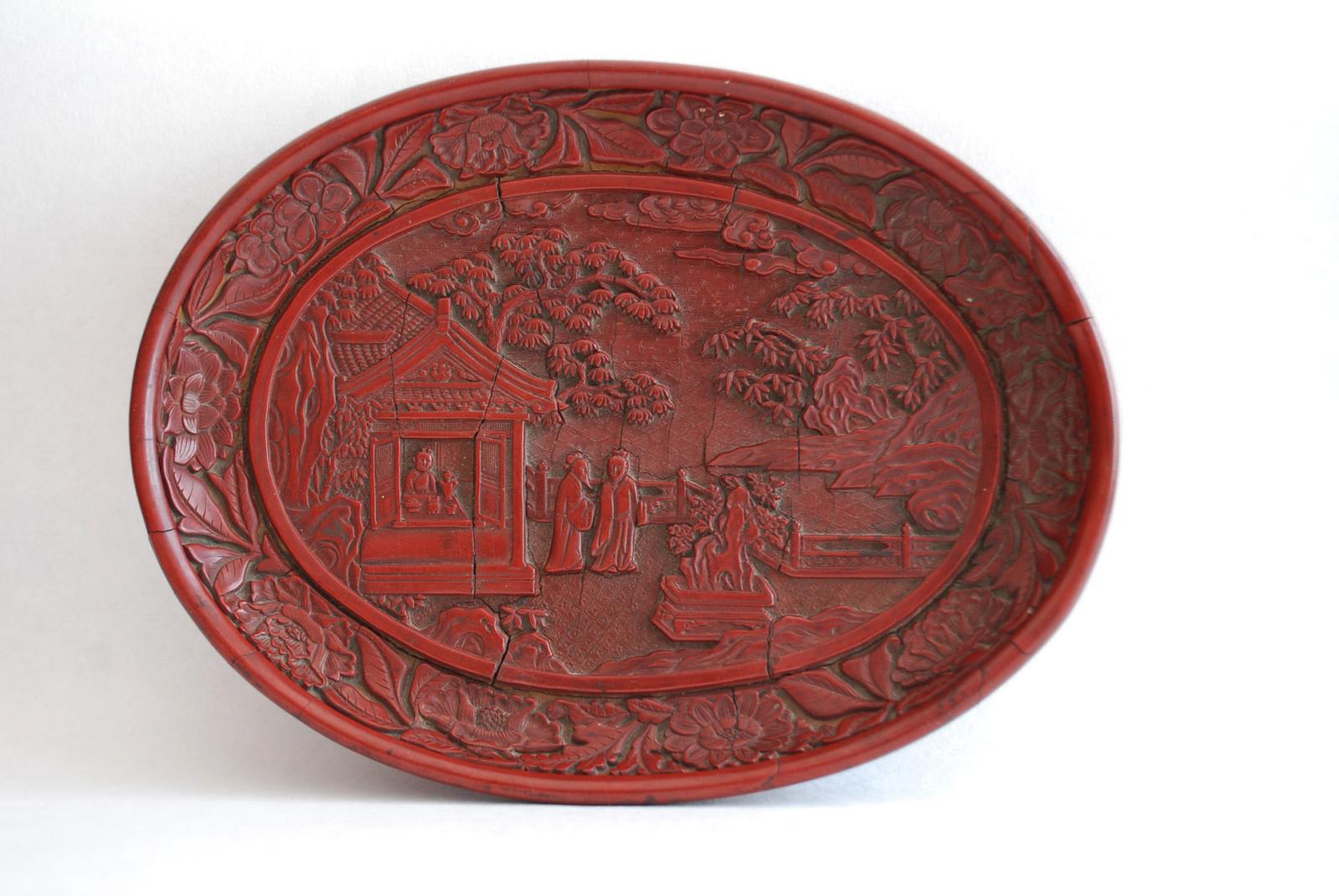 By the end of a fierce bidding war, the most coveted piece, an oval platter coated with finely carved cinnabar lacquer, fetched €168,640. The motif features two scholars conversing near a pavilion where archaic vases are on display. Standing on a terrace bedecked with bamboo trees, they look at a planter containing a pierced rock as Ruyi clouds cross the sky. The edge is richly decorated with prunus, lotus and chrysanthemum flowers. The mark “Da Ming Yong Le Nian Zhi” evokes the reign of the Ming emperor Yongle (1402-1424). An old label on the back points to an irreproachable origin: “Platter on a base in old Peking red lacquer brought back from China in 1865 by Hippolyte du Pouey, shipping agent in Yokohama (Japan), to his brother Charles". Adorned with more modest flowers, violets, a small amphora vase signed "DAUM Nancy", ca. 1900, changed hands for €8,432.