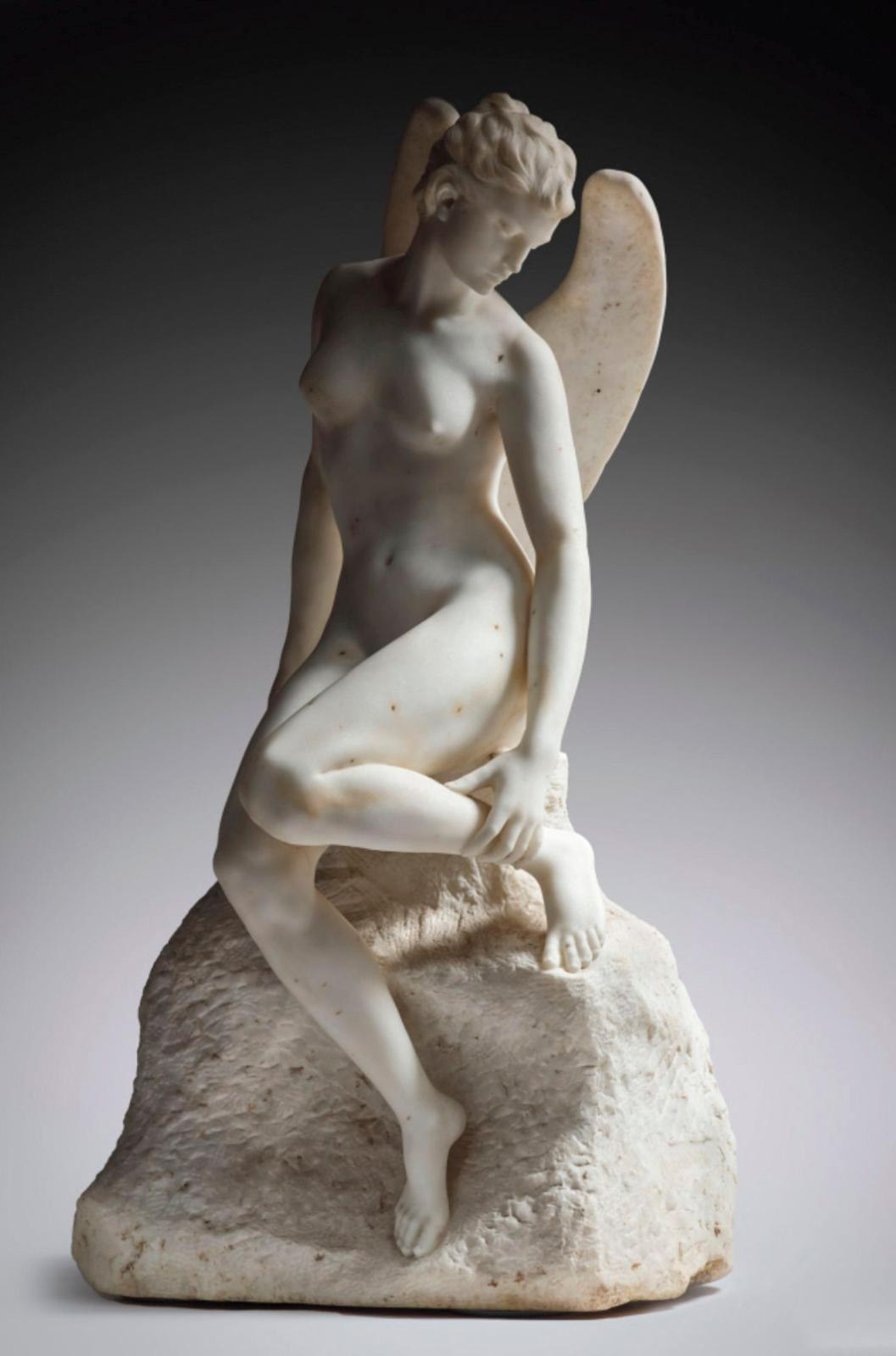 Nothing predestined Alfred Boucher (1850-1934) to pursue an artistic career, except the fortunate circumstances of life. His father was the gardener of a classical sculptor in the northern French city of Nogent-sur-Seine who, seeing the child's abilities, recommended him to one of his friends, Paul Dubois (1829–1905). The latter introduced him to Paris and the Fine Arts. This paved the way: his friendships with Auguste Rodin and Camille Claudel, his presence in the salons where his talent was noticed, and the numerous commissions for busts of political and scientific figures made him an official, recognized and honored artist. He often chose social and naturalistic subjects of men at work and, moreover, never forgot where he came from. It is indeed thanks to him that the legendary "Ruche des arts" (Hive of the Arts) was created, a place where the most modest artists could afford a studio for a small rent. But at the same time, he was fond of more poetic themes combining female nudes and mythology, such as in the "Volubilis" and "Baigneuses” (Bathers) series. L'Hirondelle blessée (The Wounded Swallow), which reached €53,760, belongs to the second series, of the utmost decorative effect. One can understand the success that it had when it was presented at the Salon of 1898, with editions in bronze as well as in Sèvres biscuit! 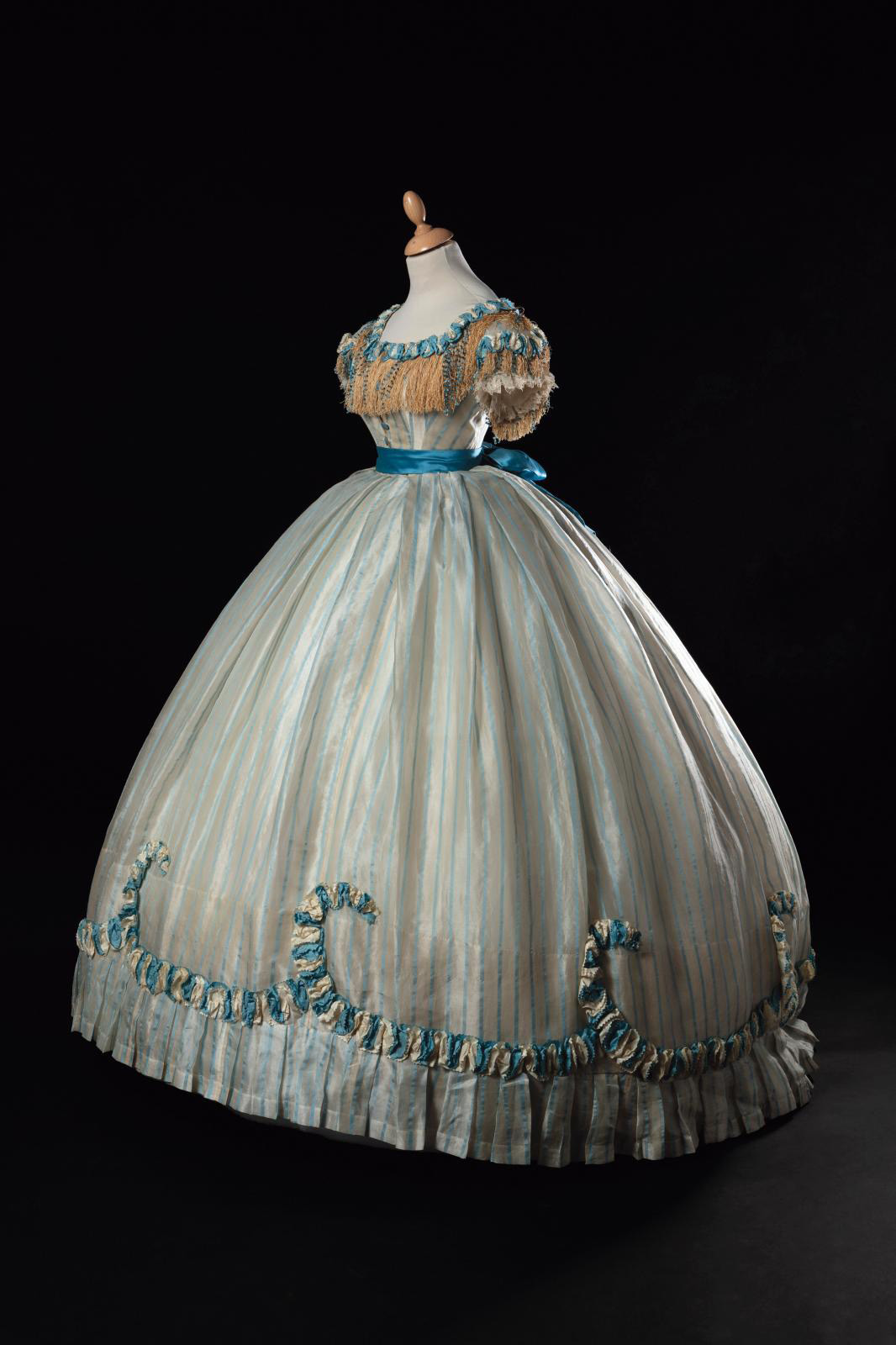 Around 1865, the Second Empire was still flourishing and balls abounded: weddings, births, public or private celebrations, any excuse is reason enough for a celebration. The elegant empress followed fashion trends, as did high society ladies; and crinolines, which appeared at the end of the reign of Louis-Philippe, became the must-have item in wardrobes. Daytime models would be more sober while evening models used to show a deep cleavage. All of them have one thing in common: their size increased to reach gigantic proportions in 1866. Reflecting this trend, this ball gown in white Chambéry gauze with sky-blue stripes, signed "Mme Vignon à Paris", got into the swing of things at €3,840, at Tessier & Sarrou et Associés (M. Grassat), on Tuesday, November 9 at Drouot.