Success for a Wei Dynasty Buddha and an 18th-Century Snuffbox

The Buddha head, sculpted during the Wei dynasty, took first place, ahead of an 18th-century snuffbox. 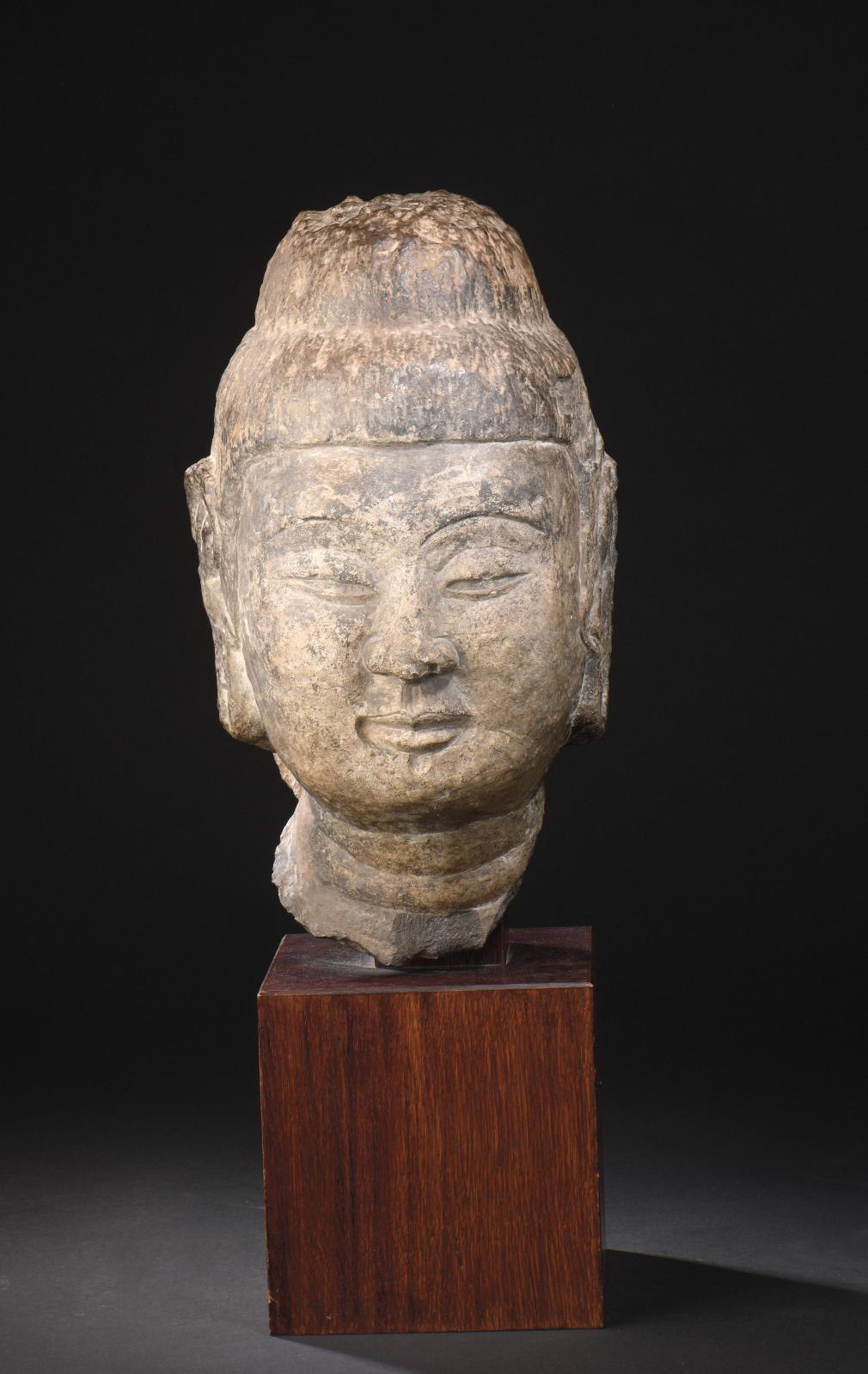 This Buddha, achieving a result of €112,500 ($130,400), dates from the Wei dynasty (386-557 C.E.) at a time when vast sanctuary caves were carved out in Yungang, and subsequently in Longmen, to accommodate Buddhist sculptures and paintings. The philosophy, likely introduced into China at the beginning of the Christian era, made its way from India along the Silk route, gradually establishing itself through its egalitarian values, welcomed in the turbulent times that ensued after the fall of the Han dynasty. By adopting it as the state religion, the Wei dynasty contributed to the spread of Buddhism, then still competing with Taoism.